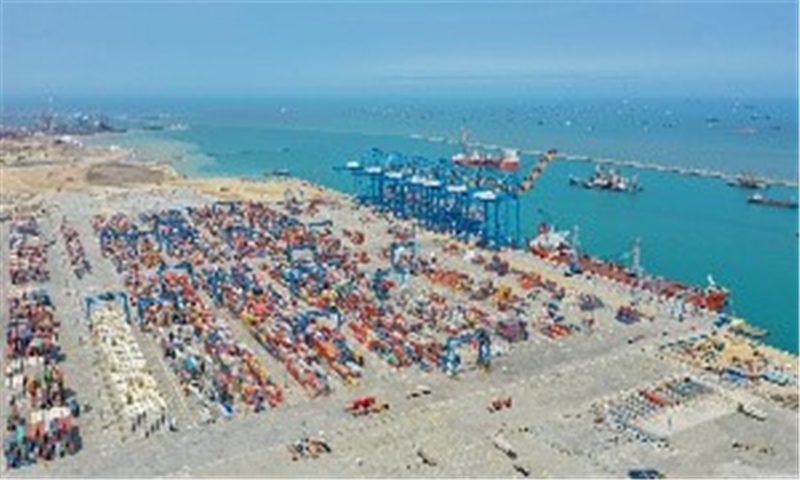 A statement signed by Mr Mohamed Samara, the Chief Executive Officer of MPS (GNBCC Member) , and copied to the Ghana News Agency, said this was revealed at a press conference held in Cape Town, South Africa to announce the launching of the new shipping service for Africa.

The statement said the new shipping service dubbed Middle East-India-Africa Express (MIAX), announced in a press conference in Cape Town, South Africa, had its first departure in this October.

It said the first departure of the MIAX would follow port rotation as follows: “Jebel Ali - Mundra - Nhava Sheva - Colombo - La Réunion - Durban - Cape Town then direct to Tema (as first port of call in West Africa) followed by Lagos (Tincan and Apapa) then back to Cape Town - Durban - Jebel Ali.”

Mr Samara said in the statement that with this port development, Ghana’s Liner Shipping Connectivity would improve significantly.

It said the improvement would result in transport costs reduction, increased trade volume for Ghana importers and exporters through the enhanced connectivity to regional and global markets.

The statement said the MPS Terminal 3 increased Tema Port’s capacity in terms of container storage, reefer facility, handling equipment and the best of the world’s technology to aid its operations as a Transshipment Hub.

It quoted Mr Dheeraj Bhatia, the Senior Managing Director of Hapag-Lloyd’s Middle East Region, as saying that: “With the new MIAX service, our customers will now benefit from an even wider range of fast and flexible direct connections.”

Mrs Sandra Opoku, the Director of the Tema Port, said the announcement was welcome news and that it was long overdue considering the developments being undertaken by the Ghana Ports and Harbours Authority (GPHA) with its partners.

She said the GPHA is strengthening its position as a hub port through the development of the other cargo flows within Terminal One and Two (General Cargo, Break Bulk and liquid) to complement the growth in its container traffic.

Mrs Opoku said the development would solidify the Tema Port’s spot in the maritime industry adding that “GPHA will continue to call for investment into port infrastructure to match changing world trends and draw more global trade to Africa”.

Mr Peter Mac Manu, the Board Chairman of the GHPA, said that the decision by Hapag- Lloyd to concentrate its West African shipping service in Tema is an evidence of how much the Tema Port played a key role in the new phase of Africa’s economic transformation.