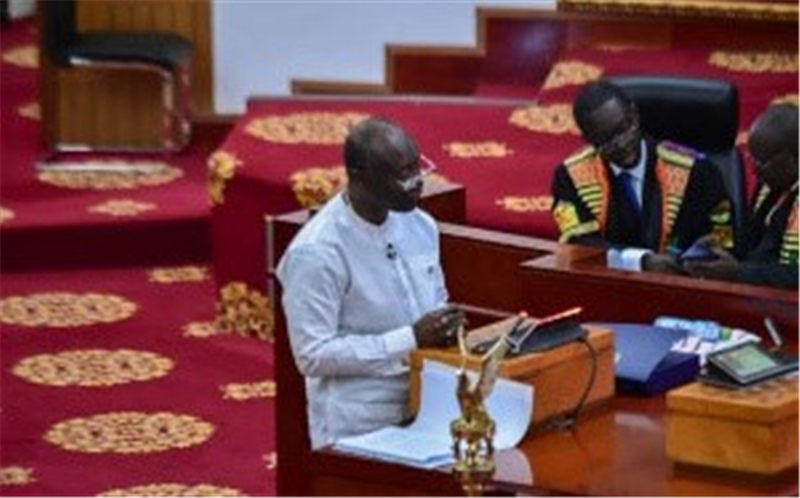 The International Monetary Fund (IMF) has expressed concern about Ghana’s current status as a country at high risk of debt distress – a reference to countries where debt sustainability analyses (DSAs) show a protracted breach of debt and debt service thresholds.

The concern was contained in a statement issued on December 12 and followed the release of the latest DSA report by the IMF and the World Bank Group, which showed that Ghana was among 10 low-income countries (LICs) in Africa that were at high risk of debt distress.

In the IMF statement, issued after the conclusion of its Article IV Consultation with Ghana, the Executive Board of the fund “expressed concern about Ghana’s high risk of debt distress and highlighted the need to strengthen the fiscal rules and phase out off-budget operations”.

It came at a time when the public debt stock ended September this year at GH¢208.6 billion, equivalent to 60.3 percent of the value of all the goods and services produced in the country, measured by gross domestic product (GDP), according to the most recent data released by the Bank Ghana.

A Professor of Economics, Prof. Peter Quartey, told the Daily Graphic yesterday that being at high risk of debt distress meant that a country “is getting into a threshold where you cannot repay your debt.

“It is a risk; it is not like you are there, but the likelihood of you slipping into a situation where you cannot pay your debt is very high,” he said.

The joint DSA by the IMF and the World Bank categorizes the debt positions of LICs on four broad categories — debt distress, high risk, moderate risk and low risk of debt distress.

The categorization is based on the proportion of a country’s debt stock and its interest payments to tax revenue and export earnings, among other things.

Prof. Quartey, who is the Director of the Institute for Statistical, Social and Economic Research (ISSER) of the University of Ghana, Legon, said the high risk of debt distress status did not augur well for the country.

“Quite a number of multilateral institutions are a bit reluctant to lend to countries that have been classified as high risk of debt distress.

“For instance, the African Development Bank (AfDB) has been struggling with this tag because its policies do not allow it to lend so much to such countries,” he said, noting that the same applied to other donors.

He explained that that restriction, as a result of the country’s debt status, explained why Ghana was now relying heavily on commercial loans, including Eurobonds.

How to get out

This is the fourth time in a row that Ghana has remained on the infamous list of high risk of debt distress.

The country first entered the list in 2015 and has remained on it until now.

The Executive Board of the IMF, which conducts the fund’s day-to-day business, further advised the government to “avoid new collateralized borrowing to help reduce public debt and improve fiscal transparency”.

The directors also welcomed the fund’s capacity development efforts to bolster the government’s fiscal reforms, stating that a number of IMF “directors suggested the adoption of a formal debt anchor to guide the authorities’ debt sustainability efforts over the medium term”.

Prof. Quartey said the country needed to reduce its reliance on borrowing through an aggressive improvement in revenue collection.

“Borrowing has been the easiest way by successive governments to finance capital expenditure and that is unsustainable. The main reason for borrowing has been inadequate domestic revenue mobilized,” he said.