Why Are The Dutch So Unbelievably Rude? 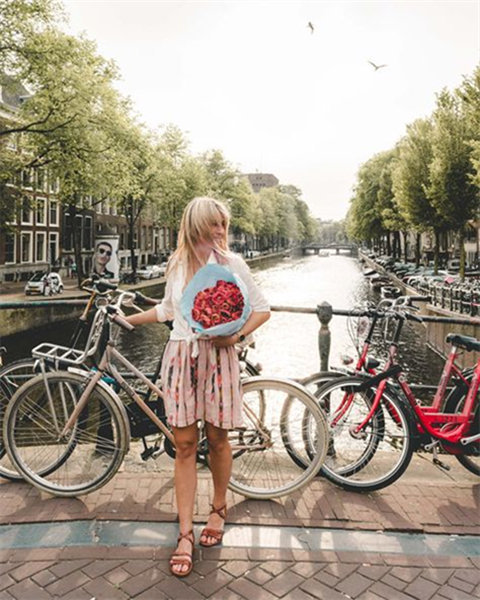 For a Briton, the Netherlands is a wonderful place to live. The cities are beautiful and the beaches glorious; the public services excellent and the beer tasty. There’s just one problem, though: people are unbelievably rude.

Suggest a half-baked idea in a business meeting and you’ll be brutally shut down. Ask a friend if they think you’ve lost weight, and you won’t like the answer. Review a team project at work, and you’ll feel as if you’re joining a bar-room brawl.

I remember once excitedly telling a Dutch friend about a new book I was working on, carefully setting him up to chime in with encouragement and moral support. “It sounds very boring,” he said, before walking away. “I don’t think anyone will read it”.

To an outsider, this habit of directness is particularly shocking because it clashes with foreign stereotypes about the Dutch. In the popular imagination they’re a sunny and welcoming people, famed for their diplomacy and deal-making. However, if you spend much time in the Netherlands you’ll quickly realise straight-talking is ubiquitous here; as much a part of the national culture as bicycles or unpronounceable place names.

American politeness strikes most Dutch people as absurdly insincere, while the British tendency to hedge, prevaricate and bluster is borderline offensive. To Dutch eyes, being blunt is not a sign of weakness but a badge of honour. “Ik zeg wat ik denk en ik doe wat ik zeg!”, the right-wing politician Pim Fortuyn famously declared, to widespread acclaim: “I say what I think and I do what I say!”

The habit of directness is rooted in Dutch history and geography. “Holland doesn’t have mountains,” the novelist Cees Nooteboom once wrote. “Everything’s out in the open. No mountains, no caves. Nothing to hide. No dark places in the soul.” The country was founded on Calvinist values of honesty and transparency, and thrived during the Golden Age partly by serving as a refuge for rebels and innovators who were unwelcome elsewhere.

The constant need to defend against flooding also had a profound impact: with one person’s land at risk if another failed to maintain their dikes, it was essential that decisions be made collectively.

In the Dutch ‘polder model’, governments are always coalitions and major policy changes often introduced only after months of negotiation between different parties, unions and business leaders. The whole system depends on everyone feeling free to speak their mind. And when you’re always busy building dikes, it helps to call a spade a spade.

Today, Dutch directness is usually the basis for negotiation: “Tell me what you think, and I’ll tell you what I think, and then we’ll agree a solution”. The downside of this is that debates can be interminable – if you’re with a group of Dutch people, deciding what time to go for lunch can easily take longer than lunch itself.

I once asked a business leader who’d moved from Texas to The Hague what the main difference between the two working cultures was. “In the Netherlands we have a lot more meetings,” she said with a weary sigh. “A lot more.” Yet collegiality is also paired with informality: this is a country where many wear jeans to the office, and even royalty often cycles to work. Equality is prized, hierarchies are flat, and acting superior is a cardinal sin. In that context, speaking one’s mind seems not only necessary, but natural. If you don’t like something, why not just say so?

The answer to that question is, of course, that having the right to say something doesn’t mean it’s always a good idea to say it. In the internet age, “directness” is sometimes an excuse to say unacceptable things. A new generation of populist politicians often uses “straight-talking” not as a basis for honest discussion, but simply as a means of stirring up trouble and attracting attention.

When I travelled to London from southern Holland last week, I found it hard not to conclude that the Dutch are doing something right. Many Britons seem to live in a state of low-level anxiety; constantly calibrating their behaviour to fit in with the crowd and avoid causing offence.

You pretend your friend’s new outfit is nicer than it is, and tell your auntie that you absolutely loved her inedible chocolate cake and can’t wait to have it again. This politeness is charming, but it might save a lot of trouble if we approached things (as the Dutch say) rechtdoorzee, or ‘straight on through the sea’ – directly and honestly, with no time wasted on pointless face-saving. In the Netherlands, one feels, Brexit would have been fixed in a fortnight.

When I first moved to the Netherlands, nearly a decade ago, I sometimes struggled to fit in. My Dutch wife and I often ended up rowing over simple misunderstandings. “You didn’t tell me you didn’t want to go to the dinner!”, she’d complain, when I thought I’d clearly stated as much when I said “I suppose we could go, but there might be better options”.

In time, though, I’ve learned to be more direct, and am probably happier for it. Life seems simpler now. If she asks me if I want to go somewhere against my will, I now answer in Dutch, rather than double-Dutch: “Nee”.