Ghana Ranked 3rd Among 10 Most Corrupt Countries by Perception 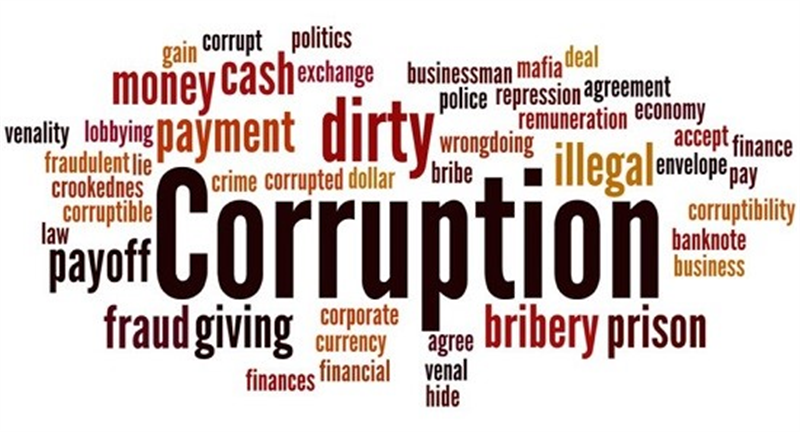 Ghana is third among 10 most corrupt countries ranked by perception according to the U.S. News’ 2020 Best Countries rankings, a characterization of 73 countries based on a survey of more than 20,000 global citizens.

Colombia is perceived to be the most corrupt country in the world, according to the survey.

Mexico, known for its deadly drug cartels, follows Colombia as the No. 2 most corrupt country in the 2020 ranking. Ghana, Myanmar, Guatemala, Saudi Arabia, Brazil, Kenya, and Bolivia also made the top 10.

In the survey, respondents answered how closely they related each of the countries to the term “corrupt,” the exact meaning of which was left to their own interpretation. The attribute is factored into the Best Countries rankings for transparency, as well as the best countries to invest in and headquarter a corporation.

Transparency International, a nongovernmental organization based in Germany defines corruption as the misuse of public power for private benefit. The organization’s most recent version of its Corruption Perceptions Index also states that the failure to significantly control corruption is fuelling a global crisis in democracy.

Colombia, which sees an estimated $14 billion a year in corruption-related costs, experienced a wave of anti-government protests starting at the end of November. A new set of strikes could ensue after protest leaders meet with government officials later this month.

While the country is known for its decades of political scandals, voters recently elected Claudia López, a member of Colombia’s green party and a prominent activist, as the mayor of Bogota. López is the first woman and openly gay individual to become mayor of Colombia’s capital city.

Bolivia’s interim government announced in January that it will investigate nearly 600 former officials who worked under Evo Morales, who resigned from his presidency in November.

Russia, which has been accused of election meddling and Olympic doping, joins the top 10 list this year after placing No. 12 in 2019.

Below are the 10 countries perceived to be the most corrupt, and more country-related rankings can be found here.