Government Won’t be Lured into Operating Outside Budget - Bawumia 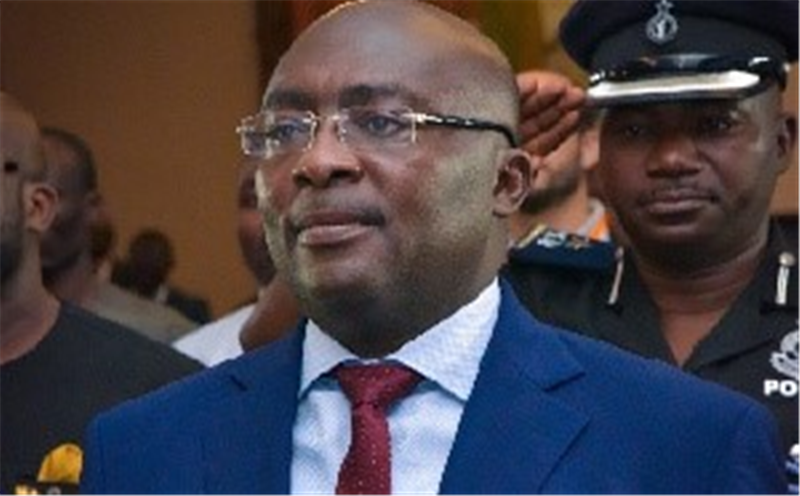 The Vice-President, Dr Mahamudu Bawumia, has said that the government will not be tempted by the election-year fever to embark on projects outside its approved budget for the year to forestall budget overruns.

He said the government was conscious of and determined to maintain fiscal discipline and that most of the projects that it wanted to undertake had already been included in the budget, saying: “The government is not really waiting for 2020 to start doing new projects.”

“Even though we’ve not completed everything that we had initially wanted to do, a significant amount has been achieved, ” he noted.

Dr. Bawumia said this in an opening statement at the Ghana-European Union (EU) Political Dialogue on the theme: “Ghana and the EU — Partners for the future”.

“Even though we’ve not completed everything that we had initially wanted to do, a significant amount has been achieved, ” he noted.

He said those achievements did not just happen but came about because of the macroeconomic and fiscal framework that had been put in place under the Nana Addo Dankwa Akufo- Addo-led government.

He said the government was still working very hard to transform the economy and cited the industrial, agricultural, mining, automotive and private sectors as some of the areas of focus.

In all those, he said, the government had also ensured that it had taken the vulnerable and poor into account and provided policies that catered to their interest.

The Vice-President assured the EU that the government was committed to ensuring that this year’s presidential and parliamentary elections were conducted in a free, conducive and fair atmosphere in order to build on the gains the country had achieved over the years.

On regional and continental trade, he said the Secretariat of the Africa Continental Free Trade Area (AfCFTA), which would be based in Accra, was expected to become operational by the middle of this year.

He said AfCFTA?was expected to provide a stable and predictable regulatory framework to strengthen intra-African trade and integrate the continent by bringing its 1.2 billion people together to create a common market.

Dr. Bawumia also announced that budgetary allocations to anti-graft institutions had been increased to enable them to carry out their mandates effectively.

The Minister of Foreign Affairs and Regional Integration, Ms. Shirley Ayorkor Botchwey, pointed out that the dialogue was taking place at a time when the government had embarked on a number of initiatives aimed at consolidating the macroeconomic environment while transforming the economy.

That, she noted, was being done through flagship programs such as One-district, One-factory, One-village, One-dam, free senior high school education, Planting for Food and Jobs and the formalization of the economy through digitalization.

Those initiatives were all geared towards creating jobs and economic opportunities for the youth, in particular while transforming the economy from over-reliance on aid to trade, she added.

Ms. Botchwey seized the opportunity to solicit the support of member states of the EU for Dr. Edward Kwakwa for the post of Director-General of the World Intellectual Property Organisation (WIPO) in elections to be held in Geneva, Switzerland from March 5 to 6, this year, and Ms. Hilary Amesika Gbedemah for re-election to the Committee on the Elimination of Discrimination Against Women (CEDAW) in elections to be held in New York, United States, on June 29, this year.

The Head of the EU Delegation to Ghana, Mrs. Diana Acconcia, commended the country for the leadership role it had taken in various fields within the sub-region and said it was an example for others.

She touched on deepening relations between Ghana and the EU and said the various high-level visits on both sides during the past year had been very fruitful.

Mrs. Acconcia said Ghana Beyond Aid was a strong concept, adding that relations between the EU and Africa were a priority.