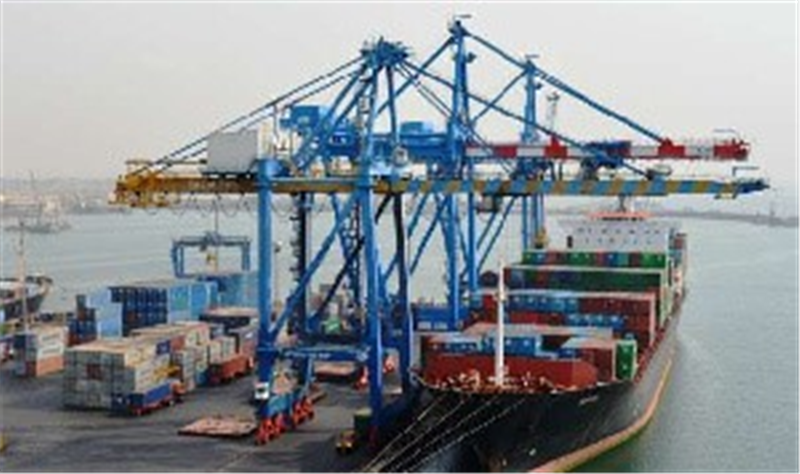 Over the past one and a half years, the initial fierce controversy that erupted as a result of government’s announcement that it is replacing the National Single Window process for international trade facilitation, and its operators, with a new system, named UNIPASS after the foreign partner that will lead its operation, has rescinded somewhat.

Indeed, the latest postponement of the change-over, from January 1 this year to April, did not attract much public attention and commentary when it was announced.

But since Monday this week, a public statement by IMANI AFRICA, one of the most respected and influential public policy think tanks in Ghana, has reignited the controversy and placed the impending change-over back on the front burner of national attention, especially among the country’s international trading community.

The controversy is as much about who will operate the new trade facilitation process as it is about the process itself.

The outgoing framework was designed and operated by a collaboration between Ghana Community Network Services (GCNet) and Customs World of Dubai (formerly known as West Blue Consulting), two companies that both have established track records of exemplary performance in Ghana since they started operations here in 2003 and 2015 respectively.

The new system is to be run by Customs UNIPASS International Agency of South Korea, in collaboration with its local partner, Ghana Link Network Services.

IMANI is calling for a rethink of the decision, although this is a most unlikely prospect considering government’s unwavering commitment to the change; the clear difficulties in executing it have only led to two postponements of its execution, the first being from the original date of January 1, 2019, to January 1, 2020.

Actually, IMANI’s reservations are largely the same as those who initially opposed the change-over when the government first announced it in 2018.

One of the two core issues is that of pricing, which indeed gives opponents of the change-over strong grounds since their argument is quantitative.

The fee payable under the new UNIPASS system will be 0.75% of free on board (FOB) value. However, under the outgoing system total fees payable amount to just 0.68%, comprising 0.40% payable to GC Net and 0.28% payable to Customs World.

However, the government argues that the new system is more comprehensive, and indeed better suited to the paperless port's procedures introduced in September 2017, a year after the outgoing version of the Single Window platform commenced operation.

This area of controversy is more complicated but no less contentious. Opponents of the impending change over argue that the operators of the outgoing system enabled a smooth switch to the paperless ports module when that system was introduced.

Even more instructively, they argue that the new system hardly differs from the old one, the major point of departure being the identities of the operators and the cost of the services to be rendered, rather than the nature and scope of the services.

Here, they point to the fact that the outgoing operators actually took their incoming successors to the Commercial Division of the Accra High Court, claiming piracy of the software they developed and have deployed to deliver their services. This suggests that both partnerships – outgoing and incoming – offer the same services.

But IMANI points out that “All these functions are available on the existing systems. In fact, these are the Ghana Integrated Cargo Clearance System (GICCS), the Ghana Customs Management System (GCMS), both on the GCNet platform, and the Pre-Arrival Assessment Reporting System (PAARS), the Customs House Agents Management System (CHAMS), the Joint Inspection Management Information System (JIMIS), and the Risk Management System (RMS) on the West Blue (now Customs World) system.”

GC Net and Customs World have not as at yet got the relief they seek from the local judiciary, but whether there really are any major differences between the two systems will only show up when the change over is effected; if the new one is indeed an improvement on the old one this will show up in improvements in revenue accruing to government from international trade activities and in the ease of clearing goods at the ports.

IMANI also reprises the argument, first presented in 2018 about the inevitable disruptions and accompanying costs the change over will cause. Says its statement: “It took two years for West Blue GCNet to integrate and work cohesively. It is a wonder how long the transition period will be for UNIPASS whose credentials in the space are still unknown to integrate the existing system, if at all necessary.”

To be sure, the act delivered by the collaboration between GC Net and Customs World will be a hard one to follow and indeed this is the reason for the other aspect of controversy being generated – the argument that if something is not broken then there is no need to try and fix it.

This is grounded in the sterling record of accomplishment achieved by the outgoing partners.

For instance, the University of Ghana Business School’s survey reveals that Ghana saved some US$500 million in the first two years since the inception of the single window system deployed by the two partner firms in 2016.

Another study shows that GC Net’s platform, which accounts for 95% of the total revenue collected by the Ghana Revenue Authority from international trade, has enabled the Customs Division of the Authority increase its revenues from GHc2.492 billion in 2003, when it first commenced activities in Ghana to GHc13.161 billion in 2016, the year the current single window system was introduced.

On the domestic revenue side, GC Net’s deployment of its Total Revenue Integrated Processing System (TRIPS) enabled revenues to increase from GHc3 billion in 2012 to GHc15.7 billion in 2017.

Both companies have invested heavily in the processes and procedures which have enabled significant improvements in both state revenues and the ease of doing business for importers and exporters. GC Net has invested some US$80 million over the 15 years it has been operating in Ghana, while Customs World (operating for most of its tenure here as West Blue Consulting) has invested some US$10 million since 2015.

Then there is another aspect of IMANI’s argument against the impending change-over that is new, in that it was not a consideration in earlier protests against it. This relates to Ghana’s compliance with World Trade Organization rules and regulations.

Points out IMANI’s statement: “In the knowledge of the Trade Facilitation Agreement (TFA) that Ghana just ratified, specifically concerning the issue of Disciplines on Fees and Charges, Ghana has given notification on the number of years needed to regularize its fees and charges regime to reflect that of the WTO-TFA.

Why would a leading ministry in this discussion (MOTI), sign a 10-year contract (with UNIPASS) whose fee structure (ad valorem) contravenes the stipulations of the (Trade Facilitation) agreement?” the public policy think tank queries.

GC Net, in particular, has drawn up lots of successes with regards to useful innovations.

These include its Ghana Customs Management System which expedites processing of all customs processes automatically; Ghana Integrated Cargo Clearance System which serves as a central hub for all players in the clearance value chain; the e-MDA portal which enables all Ministries, Departments, and Agencies to issue licenses, permits and exemptions electronically; Letter of Commitment, which enables the Bank of Ghana and commercial banks to track foreign exchange payments for imports and forex earnings from exports; and the Ghana Single Window Application, an information tool to facilitate access to all sorts of trade-related data by the trading community, and which can be downloaded for free on Google Play Store or Apple Store, among many other innovations.

Instructively, the GC Net/Customs World collaboration has won the applause of many business groupings in Ghana, such as the Association of Ghana Industries, the Ghana Importers/Exporters Association, the Ghana Union of Traders Associations and the Ghana Institute of Freight Forwarders.

However, while government agrees that they have done a good job, its officials insist that the incoming partners will do even better, building on the gains provided by the outgoing partners.

Instructively, operators in Ghana’s international trade value chain are gradually moving away from their initial, almost unanimous opposition to the change-over. Now, the proportion of stakeholders who oppose the switch and those who support it are far more balanced than a year ago.

This is in part because government, in response to their complaints about the costs they would incur in complying with the change-over, has opted to underwrite much of those costs for them. Besides it has provided lots of training for operators in the international trade facilitation sector and ostensibly this has provided them with a clearer picture of the gains to be derived by all the various stakeholders.

However, critics of government’s decision point to the cost of change-over to the public purse as further evidence that the move is wrong. Some critics go even further, suggesting that their recent acquiescence is more the result of their desire not to invoke the ire of a government that has already cut them to size by introducing a paperless ports system that deprives them of erstwhile ways of cheating the system, than the result of a real change of perception in favour of the impending change.

This argument is met however by some public policy commentators who point out that Deputy Trade and Industry Minister Carlos Ahenkorah, owns and has managed one of the biggest and most successful clearing and forwarding firms in Ghana so he certainly must know what he is doing.

All this is actually moot though, since government has clearly shown its unwillingness to consider reversing its decision. Indeed, the new system’s promoters and assigns are already installing valuation equipment at some of Ghana’s borders alongside those of the outgoing GCNet.

Indeed, some public policy commentators are lamenting that IMANI’s intervention has come too late; it should have come at least a year ago, before government had reached its point of no return.

Now, whether for good or for bad, the impending new system of trade facilitation is about to replace the old, unless last-minute judicial drama from the Commercial Division of the Accra High Court intervenes in the form of an injunction against the use of the UNIPASS software on the grounds that it has been pirated from GCNet and Customs World.

But this is as unlikely as the prospect of government itself having a last-minute change of heart.