CORONANOMICS: Over to You, Mr. Ofori-Atta 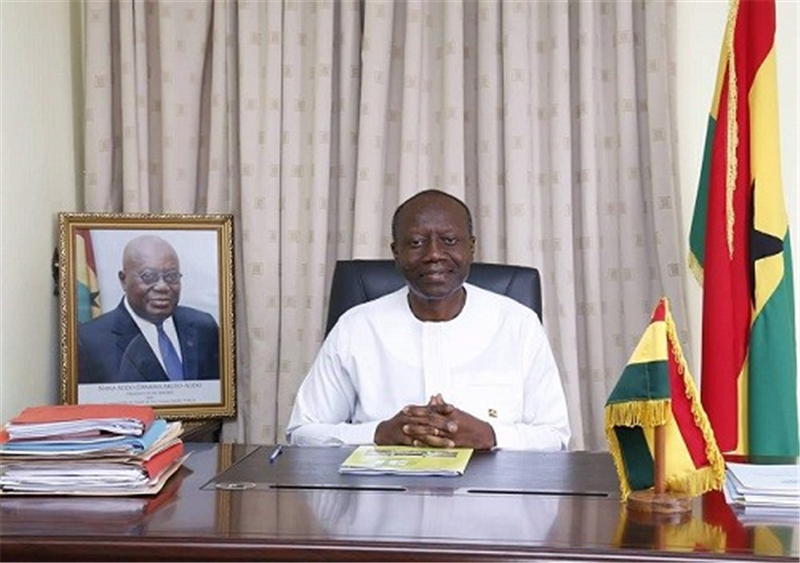 On Wednesday, the central bank slashed its policy rate – the rate at which it lends to banks – by 150 basis points, from 16 percent to 14.5 percent.

In addition to this move, the Bank of Ghana freed up significant cash in the banking system by relaxing some of its directives: including the Primary Reserve Requirement from 10 percent to 8 percent; Capital Conservation Buffer (CCB) from 3 percent is reduced to 1.5 percent, effectively reducing the Capital Adequacy Requirement from 13 percent to 11.5 percent.

All of these are to enable banks provide the needed financial support to the economy, and with the increment of mobile money limits and suspension of payment charges for transactions of up to GH¢100, the Bank of Ghana is looking to move digital digital payments faster – which is good for the times.

These measures, therefore, go a long way to show that, indeed, the effect of Coronavirus on the economy cannot be underestimated. The central bank went as far as to paint a picture whereby the economy could grow at a slow pace of 2.5 percent; even in the worst times of ‘dumsor’, the economy did not grow at such low rate.

But none of these measures will work without the strongest support from the Finance Ministry. What the economy needs at this moment is the presentation and effective implementation of a broad-based relief package for families and businesses that are being affected and yet to be affected to cushion the economy.

Already, the tourism industry – especially hotels – is bearing the brunt of impacts from coronavirus on the economy. Figures seen by the B&FT show that 16 five-, four-, and three-star hotels have reported lost earnings to the tune of GH¢63.1 million between February, March and April.

Clients of these hotels, which include some of the biggest and best-known brands in the country, have cancelled bookings for rooms and conferences hotels, and this has led them to forecast occupancies of 1.8 percent to 27 percent being the most optimistic. One of the biggest hotels in the country has reported lost earnings to the tune of GH¢11.55 million after rooms and conferences booked for March and April were cancelled.

To the hotels, the data provided are those that are quantifiable – because the real losses are much more important and could put some of out of business entirely, because the months of March and April tend to see average bookings of between 65 and 75 percent.

In most jurisdictions, governments have swiftly reacted to the challenges presented by Covid-19; with the United States, United Kingdom, European Union – and Kenya on the African continent – taking steps to support the economy with a mixture of cash handouts, tax-breaks, suspension of interest payments on loans and other incentives.

For example, the White House is seeking a stimulus package worth anywhere between US$850billion to more than US$1trillion as the Trump administration looks to battle the economic impact from the coronavirus pandemic. The package, it is reported, could include US$500billion to US$550billion in direct payments or tax cuts; US$200billion to US$300billion in small business assistance; and US$50billion to US$100billion in airline and industry relief.

The UK has also tabled £350billion in guaranteed loans for businesses, an amount equivalent to 15 percent of its GDP. Again, it has given a three-month mortgage payment holiday for struggling homeowners; given loans of up to £5million for small businesses, interest-free for six months; big companies can get low-cost Bank of England loans; cash grants of up to £25,000 for pubs, restaurants and other hospitality and retail businesses; and a one-year holiday from business rates for retailers, among others.

Of course, it would be unrealistic and even unthinkable to expect anything close to what these two economic giants have done for their citizens and industries in providing some cushioning from the economic shocks coming from the coronavirus pandemic. But something can be done, at least, to provide some reprieve to businesses.

The Association of Ghana Industries (AGI), the umbrella-body for industry, wants government to earmark funds that will serve as a stimulus package to support local industries during the COVID-19 outbreak. The association believes that local industries need maximum and quick support from the state to better position themselves and produce enough essential goods to support the nation’s fight against the virus.

Its CEO, Seth Twum Akwaboah, told the B&FT that calls for a stimulus package at this time are laudable, as the nation’s exports will see a significant nose-dive. He is however opposed to a package that will see industries go through the banking sector to obtain funding to expand their operations.

For him, the best support in these times is for government to earmark funds. According to him, this will be an easy way to fund industry during the times in which the country finds itself. But he was quick to add that a robust system must be set up to ensure industries which would get monies from the earmarked funds are credible and be able to turn around the funds in quick time and repay.

“We are not in normal times, and everyone knows that. This is the time that the industry needs a lot of support from government. We need not make the industry go through the banking system for stimulus funds as was done when this government took office. The banking system delays the funds, and sometimes they come at high-interest rates even though government negotiates with banks to push the rates down,” he said.

The AGI is also proposing that, among others, the funds are channelled to local producers of pharmaceuticals, cosmetics, food and beverages, and building materials. The association also wants government to invest in sectors which have the potential to generate foreign exchange during the COVID-19 outbreak.

The views of the economists

Speaking to this issue in an interview with the B&FT, Prof. Peter Quartey-Director at the Institute of Social, Statistical and Economic Research (ISSER) at the University of Ghana, said due to the country’s limited resources it will not be possible for government to do much; but it can take steps to provide stimulus for some critical industries of the economy.

“We have to look at certain critical sectors; for instance, the pharmaceutical companies can be helped to produce some of the things we import, and those involved in the direct production of the real sector. Health is also another area that can receive such support from government. There are other companies that will be affected, but when you are in a country with limited resources you cannot support everybody,” he said.

An economist from the University of Cape Coast, Prof. John Gatsi, also re-echoed his colleague at ISSERS’s opinion – saying such stimulus must be given selectively.

“Even though the Bank of Ghana has taken a positive step by reducing the policy rate, we do know that its transmission to lower lending rates is a problem. So, what should be done is what is being done in the UK and other countries which have set aside funds to help industries. But it should be for industries that are considered critical during this period – the pharmaceutical industry, those who engage in food production, transport, and healthcare should be supported,” he told the B&FT.

From what other countries have done and are doing, and from the views shared by these economists, it is clear that things cannot be left to nature or chance to fix the impact of coronavirus on the local economy.

Deliberate steps and actions need to be taken by government to mitigate the impact and help save local industries from collapse. Jobs will soon be at stake, should the pandemic continue for a few weeks. So, Finance Minister Ken Ofori-Atta, the ball is now in your court. Ghanaian industries are waiting for your action!