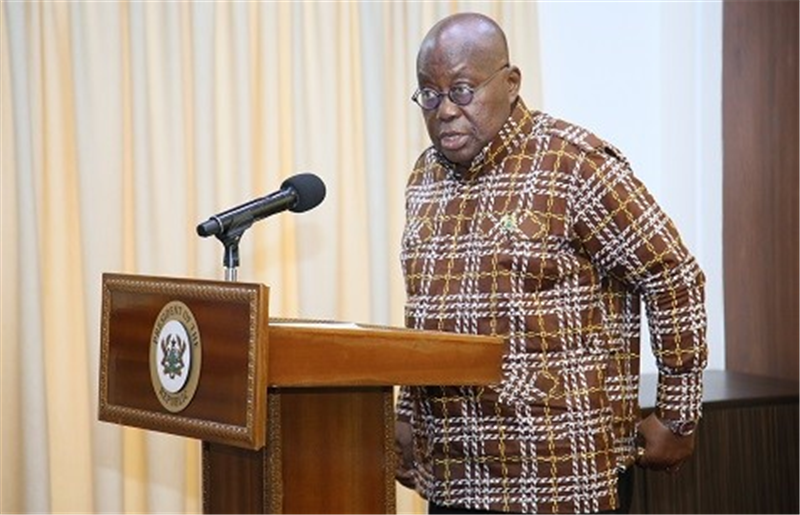 President Nana Addo Dankwa Akufo-Addo has said any decision on the lockdown of the country will take into consideration its implications on the ordinary people.

He said people were talking about a lockdown of the nation to check the spread of the coronavirus disease (COVID-19), but cautioned that the consequences of such a decision on the conditions of the ordinary and working Ghanaian could not be overlooked.

Speaking during a meeting with the leadership of the Trades Union Congress (TUC) in Accra at the Jubilee House in Accra yesterday, the President said: “Whatever we do, people are talking about the lockdown and this and that, but majority of people who will be affected by decisions of that nature are the working people of our country, the ordinary people of Ghana; they are the ones who will be most affected.”

Earlier this week, the TUC had called for a possible lockdown to reduce the spread of the virus.

In a statement sent to the President, the TUC had said only workers performing essential services should be allowed to work, but should be adequately protected from infection.

But, at the meeting with the leadership of the TUC, the President said: “You will lock down Accra; what are the consequences? If you lock down the country, what are the consequences? A responsible government is required to look at all the implications before decisions are made, and that is the exercise on which we are currently engaged. I hope that much sooner than later, we will come to an agreement within government on what those measures are and then the Ghanaian people will be informed about it.”

President Akufo-Addo said the government was exploring additional measures that would position the country strongly to contain and deal with the spread of the COVID-19 pandemic.

In line with protocols for preventing the spread of the virus, the TUC delegation washed their hands with soap under running water before entering into the meeting with the President.

They also used sanitisers, while their body temperatures were checked.

President Akufo-Addo expressed appreciation to the labour union for its support for the measures the government had so far put in place to stem the viral disease.

He explained that all the measures were, as much as possible, aimed at limiting the spread of the disease in communities, finding a way of containing it and hopefully suppressing it, so that the country could go on with the normal, social and economic life.

“At the time, there were a lot of comments, many of them unhelpful, but at the end of the day, I believe that the decision to ban international travel, as well as take the measures to quarantine and test travellers, is being vindicated by facts.

“We are now seeing the benefits of these measures, and we can never stop there. We have to constantly look at whatever additional measures there are that will put us in a strong place to deal with this pandemic, and that is what we are constantly doing,” the President said.

“We are under constant review; we are looking at measures that we have taken and constantly reviewing them to make sure that we are abreast of the issues and can provide an effective antidote,” he added.

Touching on the objective and policy of the government in dealing with the COVID-19, President Akufo-Addo said: “We have taken some important steps towards trying to contain the spread of the virus, making provisions, strengthening our capacity to care for those who are sick, limiting as much as possible the impact on our social and economic life of the incidence of the pandemic and also trying to find a way to use this crisis as an opportunity to strengthen our nation.”

He observed that Ghana was so much dependent on foreign imports for its medicines for various pharmaceutical incidents and stressed that overcoming that limitation should be one of the objectives of policy at this stage that the country was moving to find a way to strengthen its domestic capacity across the board and move into a greater stage of self-reliance.

“These are the key parameters that are governing the government’s response to this crisis, and it is important that we have this opportunity to exchange views,” he said.

The Secretary-General of the TUC, Dr Yaw Baah, said when the decision to close down schools and other places was taken, the working class realised that workplaces remained open and workers were going to work.

That, he said, attracted calls from workers to the leadership of the union on the position of the government.

He said upon further discussions with the Minister of Employment and Labour Relations, he gave an assurance that the government had not forgotten about workers but was relying on the advice of experts to take a firm decision at the appropriate time.

“So we wrote this letter, first to express our support to acknowledge what you have done and assure you that the time has come for us, as a country, to even declare a lockdown, and we will support you,” he added.

Dr Baah said the union also drew the attention of the government to the fact that a number of its people were poor and so quite a number of them could not afford the measures that had been put in place, including the wearing of nose masks and the use of sanitisers.

He, therefore, urged the government to, if possible, provide those items free of charge for everybody who could not afford them or subsidise them.

He said the union had followed the news and realised that some people claimed the TUC was blaming the government for the spread of the virus, adding: “That was not the intention at all. We wrote to express our support and to assure you that we would be with you and also pray for you.”

He said the trades union would be available because the government would need the social partners if the time came for the lockdown.

“What this means is that employers, workers and trades unions will have a role to play,” Dr Baah said.