Ghana to strictly enforce ban on import of second-hand clothes 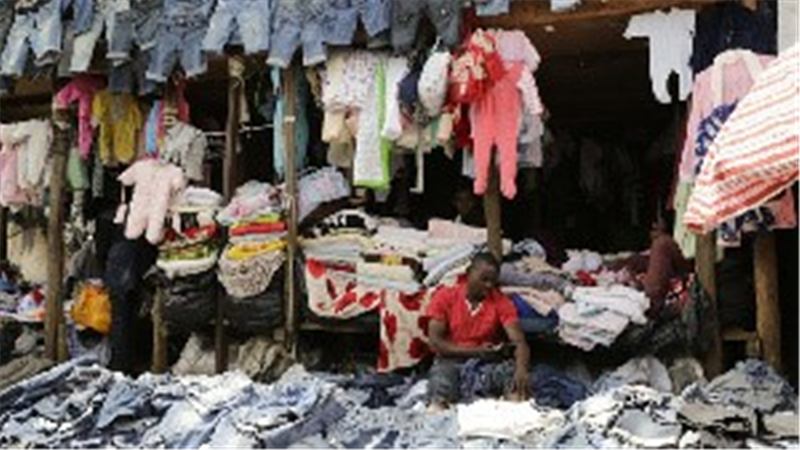 According to the Director-General of the authority, Professor Alex Dodoo, the enforcement, which would start in due course, would be done at the various entry points of the country.

Following the spread of the coronavirus (COVID-19) pandemic, Professor Alex Dodoo said the time to act is now.

The importation of these items was banned in 1994 but never implemented.

LI 1586 covers the Imports and Exports (Prohibited Goods) (No. 2) Regulations, 1994, states that "no person shall import for commercial purpose or in commercial quantities any of the following goods, which are second hand or which have been used – handkerchiefs; men and women and children’s underpants; mattresses and sanitary ware."

"A person who imports any goods contrary to the regulation above commits an offense and is liable on conviction to a fine not exceeding GH¢500,000 or imprisonment for a term not exceeding one year or to both and the goods in respect of which the offense was committed shall be liable to be seized and forfeited to the State."

L.I. 1693 covers the Export and Import (Prohibition of Importation of used LPG cylinders) Instrument, 2001 said "In exercise of the powers conferred on the Minister responsible for Trade under sections 12 and 13 (a) of the Export and Import Act, 1995 (ACT 503) this instrument is made on this day of July 2001.

Prof. Dodoo in an interview with Daily Graphic said: "We are triggering all the measures at the entry points to ensure that some of these items do not get to the open market because anything unhygienic is a threat to public health at this moment."

"As for the clothes, they are expected to be disinfected by the organizations that ship them into the country, so we will ensure that the right things are done, but we will get onto the market to ensure that banned items are not sold on the open market," he added.

Global trade in used clothes has grown steadily over the last decade and a half, with worldwide exports reaching $4.8 billion in 2015, according to UN Comtrade, the UN Commodity Trade Statistics Database, which contains more than three billion records.

However, doctors have warned that the health risks associated with wearing used clothing include skin candidiasis, scabies, ringworm, body lice, among others.