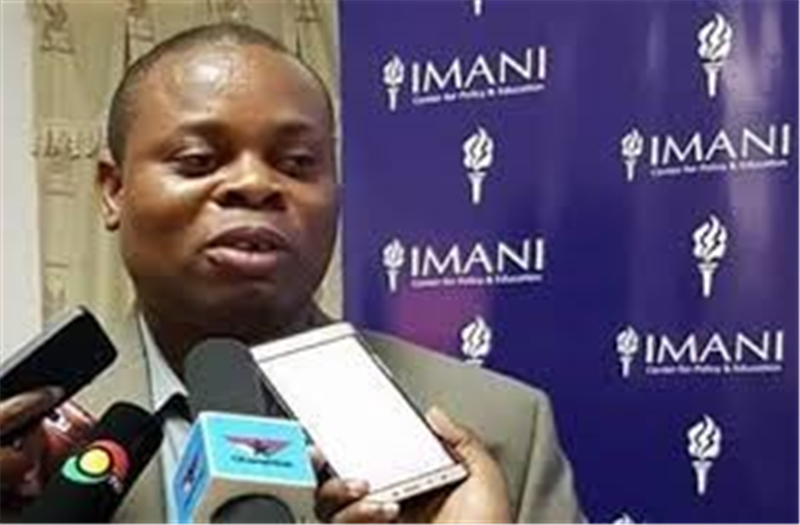 Policy think-tank, IMANI Africa, has petitioned the presidency to look into circumstances surrounding abrogation of the contract of African Link Inspection Company Limited (ALIC), a subsidiary of Ghana Link, in neighboring Sierra Leone.

The petition, a copy of which is available to the B&FT, questions why a company owned by Ghana Link – the same company mandated by the government to take over the country’s National Single Window operations – failed to implement an end-to-end Customs management system for over seven years in Sierra Leone, but that same company is now being mandated to operate Ghana’s single window system.

“It is important to note that Ghana’s trade and finance ministers and their deputies continue to make the case for Ghana Link to replace existing systems that are working perfectly fine – on the basis of Ghana Link’s superiority in implementing the two functions mentioned and promised in Sierra Leone, but which evidently has failed for six years; eventually leading to termination of its agreement.

“They were meant to develop a single window and this is yet to be implemented after six years. This can only mean one thing – Ghana Link did not have the capacity to simultaneously implement the components they signed up to,” said the petition signed by Franklin Cudjoe, Founding President & CEO of IMANI Africa.

IMANI questions why it is unclear who directs, implements, reviews and owns crucial policies such as UNIPASS.

“Although government is credited with success in Ghana’s trade facilitation processes, especially with the recent effort of Dr. Mahamudu Bawumia, it is however not clear who directs, implements, reviews and owns crucial policies such as UNIPASS,” the statement added.

Copies of an audit conducted by Sierra Leone’s Ministry of Finance and available to B&FT show that the company was cited for financial malpractices, tax evasion and being responsible for the loss of revenue that was to accrue to the state due to its inability to roll out an end-to-end system after securing the contract in April 2012. The Sierra Leone government subsequently froze the company’s accounts in that country.

A letter dated January 30, 2020, from the Office of Sierra Leone’s Chief Minister, State House, to the Minister of Trade and Industry of that country said: “I have been directed to inform you to terminate the agreement between the government of Sierra Leone and African Link Inspection Company with immediate effect”.

The rationale for the directive, the letter said, was that “as part of the inspection agreement, ALIC was to develop the single window concept. This Trade Net messaging software allows end-users, declarants, Ministries, Departments, and Agencies (MDAs) to exchange data to and from the system. This aspect of the agreement was not complied with or implemented’.

It further stated that: “ALIC is 100 percent owned by Ghana Link. ALIC’s financial statement shows a loan of US$4million from its parent company, Ghana Link. This is, however, at variance with the amount shown in the balance sheet of Le 6 billion as at 31st December 2017.

“ALIC’s US dollar loan from Ghana Link carries an interest rate of 30 percent. When converted into Leones, the interest rate translates to 45 percent, which is extremely higher than the commercial rate. There is nowhere in the Global Financial Markets that a parent company lends to the subsidiary company a US-denominated loan at a rate of 30 percent. The high-interest charge is suspiciously premeditated to evade tax payment, as interest payment is deducted before dividend payment,” the letter stated.

It further noted that: “There is no evidence that the company has paid corporate tax to government. A recent audit conducted by the National Revenue Authority reveals that the company’s tax liability is about Le 45 billion. The NRA also discovered a lot of anomalies in their books. ALIC has repaid loan and interest amounting to Le 19 billion to Ghana Link”.

Many groups have kicked against the signing of a 10-year sole-sourced contract between the Trade Ministry and Ghana Link and its Korea partners to implement a new national single window christened UNIPASS.

A coalition of civil society organizations (CSOs) in Ghana, together with other port stakeholders, last week called on President Nana Addo Dankwa Akufo-Addo to as a matter of urgency terminate the 10-year sole-sourced Ghana Link/UNIPASS contract.

According to the group, the controversial deal is a total rip-off and could lead to revenue losses, administrative corruption, and depletion of government holdings in the port systems.

This, they said, is because Ghana Link and its overseas partner, CUPIA Korea, have not demonstrated and piloted any new system to take over single window operations at the country’s ports.

They added that the 10-year sole-sourced contract is problematic, urging government to take a second look at it.