Government to utilize US$200 Million from Stabilization Fund 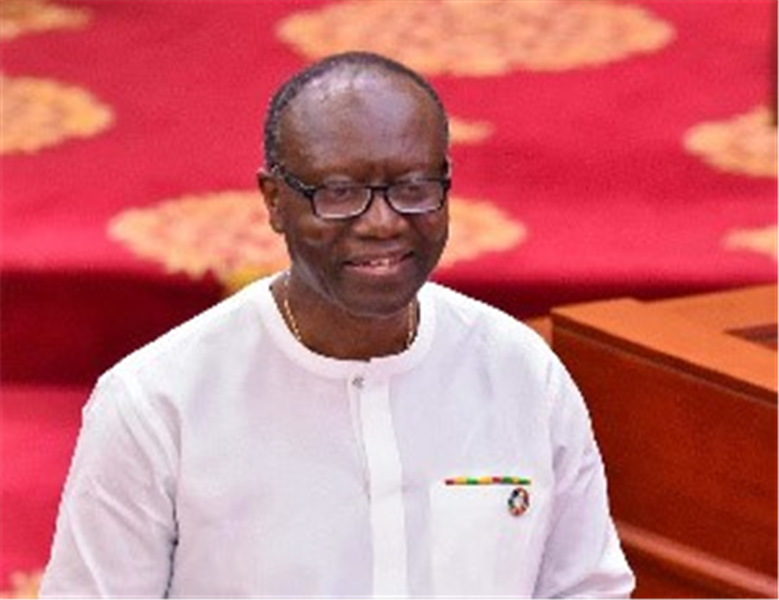 Finance Minister, Ken Ofori-Atta has revealed that government intends to lower the cap on the Ghana Stabilization Fund (GSF) from the current US$300 million to US$100 million in accordance with Section 23(3) of the Petroleum Revenue Management Act (PRMA).

According to him, the measure would enable the excess amount in the GSF account over the US$100 million cap to be transferred into the Contingency Fund (CF) consistent with Section 23(4) of the PRMA.

Mr. Ofori-Atta announced this when he briefed Parliament on measures being taken by government to mitigate the impact of the Coronavirus disease on the Ghanaian economy.

In the wake of the Coronavirus pandemic, many governments around the world including; Ghana has come out with many fiscal stimulus packages to mitigate the impact of the pandemic against their economies.

These global responses have been a mixture of monetary and fiscal responses including; cut in interest rates, making more funds available to both private and public sectors.

Mr. Ofori-Atta also announced that as part of measures to mitigate the impact of the coronavirus on the economy government was arranging with the Bank of Ghana (BoG) to defer payments on non-marketable instruments estimated at GHC1.222 billion to 2022 and beyond.

Some of the alleviating measures included; adjusting expenditures on goods and services as well as Capex downwards by GHC1.248 billion, secure both World Bank and IMF credit facility of GHC1.716 billion and GHC3.145 billion respectively, and also reduce the proportion of Net Carried and Participating Interest due to GNPC from 30 percent to 15 percent.

"Mr. Speaker it is clear that, even after reflecting on the proposed measures, the resulting fiscal deficit as a percentage of GDP is in excess of the 5 percent threshold stipulated by the Fiscal Responsibility Act, 2018 (Act 982). In addition, the primary balance is a deficit equivalent to 1.1percent of GDP contrary to the positive balance prescribed by the Fiscal Responsibility Act" he said.

Mr. John Jinapor, Member for Yapei Kasaugu in his remark on the Finance Minister's briefing stated that in such difficult times of COVID-19, government must show commitment and lead by example by cutting down on its expenditures.
"This is why we made the call that this is the time for the executive and the entire leadership including; the legislature to lead by example by cutting back on expenditures"

He said in these difficult times, the government should commit to expenditure on essential items that had to do with life situations.

Mr. Jinapor also stated that though the minority side had no problem supporting government to cap the GSF to US$100 million, they would, however, resist any attempt by government to touch the Ghana Heritage Fund, which was set aside for the future generation.

Dr. Mark Assibey –Yeboah, Chairman of the Finance Committee in his remark stated that the outbreak of the coronavirus pandemic had put enormous strain on their Ghanaian economy and the world as a whole, saying "these are trying times for the country and the world".

He, therefore, urged the minority not to play partisan politics with the issue, adding "these are not times for anybody to be partitioned, these are serious times".
He noted that world economies were likely to experience a global recession, where no country would be left out, saying that the recovery would be slow.

He said with China's contribution to global trade, the outbreak of COVID-19 was likely to impact on the Ghanaian economy at several levels.

He said President Nana Akufo-Addo had declared Ghana Beyond Aid and with just a threat of Coronavirus, the country was running back to the IMF again support, saying that "we have not built a strong structural economy".

Professor Gyan Baffour, Minister for Planning in his remarks expressed shock at the minority side for making debate partisan political issues, which was not good for the country in this difficult moment.

He said the country was in serious and difficult times and so people should not bring their parochial partisan matter into the debate, saying "We have no such experience in modern times".