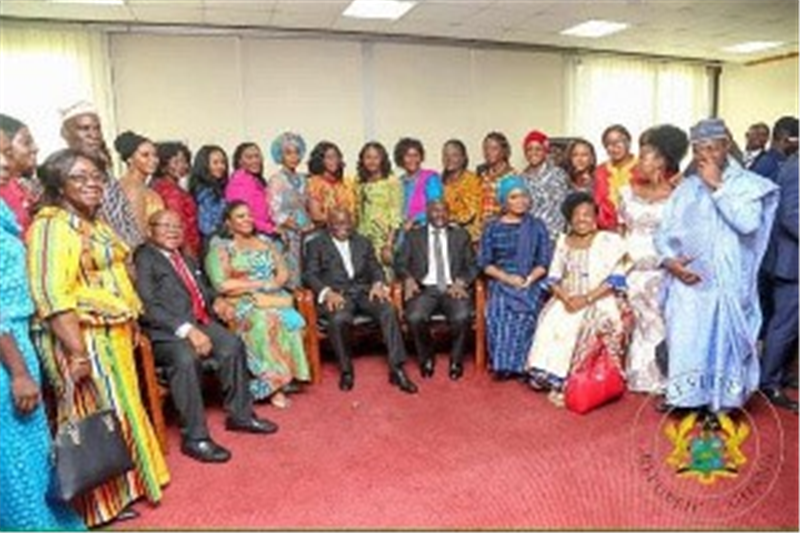 The April 2020 Economic Intelligence Unit (EIU) report on the outlook for Ghana’s political stability from 2020 to 2024 has identified “corruption” and “cronyism” as “endemic” in Ghana's political system, a situation, which it said, led to the appointment of 123 ministers and deputy ministers by President Nana Akufo-Addo.

The report, which predicts victory for President Akufo-Addo and his New Patriotic Party (NPP) in the December polls by dint of they being “better custodians” of the economy than former President John Mahama and his National Democratic Congress (NDC), also said: “Corruption and cronyism in the public sector remain endemic”.

It added: “Public appointments are often made on the basis of party affiliation”, observing: “This is one explanation for the bloated government (which comprises 123 ministers)”.

“However, there are fewer opportunities at the lower levels of politics, which may cause resentment among the party ranks and could depress voter turnout as members at the grass-roots level play a key role in local campaigning”, the report said.

It also noted that the rivalry between the two dominant parties - the governing New Patriotic Party (NPP) and the National Democratic Congress (NDC) - who have alternated power since the restoration of multiparty politics in 1992, “will remain the key feature of the political scene”.

The report said: “Although the coronavirus is starting to cast a shadow, political rivals have begun drawing the major electoral battle lines as they ratchet up attacks against each other in an increasingly rancorous political atmosphere”, recalling: “Instances of violence between the two parties' supporters were reported at by-elections in 2019”.

“Political tensions are unlikely to disappear, although such incidents are uncommon outside of election campaigns and will not lead to broader unrest”, the EIU noted.

The report further noted that the current administration has rolled out some successful programmes such as the One District One Factory which is expected to recover easily one the Coronavirus subsides.

“Government’s ambitious industrialization programme [One District-One Factory] is enjoying some success, with investment expected to recover once the virus subsides. Nonetheless, overall progress will continue to be hampered by structural weaknesses and regional imbalances.”

“Driven by falling oil prices and operational difficulties in some oilfields, the economy will contract by 1% in 2020. Real GDP growth will then rebound to an average of 5.7% a year in 2021-24, as the impact of the pandemic fades and oil prices and output both recover,” the reported stated.

It added: “The government’s industrialisation push and moves to strengthen the banking sector will benefit non-oil economic growth over the medium term, although the cost of capital will remain a constraint on some businesses, particularly small and medium-sized enterprises. Following a marked weakening in 2020—reflecting a deteriorating current­ account position and investor nervousness ahead of the elections—the pace of cedi depreciation will slow in 2021-­24 as the hydrocarbons sector ramps up production and prices rise. Inflation will average 8.6% in 2020-24, staying within the central bank’s 6-10% target range.

“The current-account deficit will gradually narrow in 2021-24 as external conditions improve, reaching 0.3% of GDP by the end of the forecast period.”