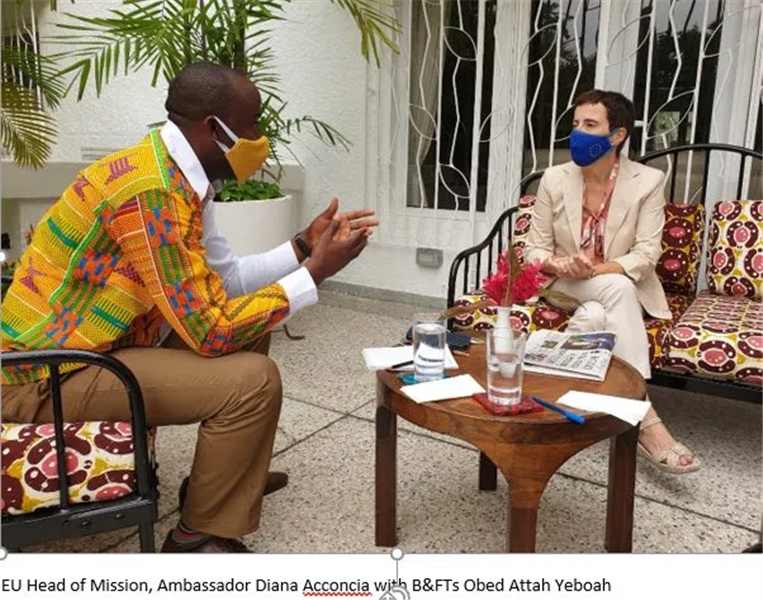 It would benefit the continent immensely if African countries open up their economies for investors, as it will speed up the success of the African Continental Free Trade Area (AfCFTA) agreement, European Union Ambassador to Ghana, Diana Acconcia, has said, adding that such a move won’t undermine the rules of origin arrangement.

Concerns have been raised by some trade experts on the possible impact over-reliance on Foreign Direct Investments (FDI) could have on the trade deal, arguing it will only create market for big industries outside the continent thereby undermining the rules of origin which essentially are the criteria that seek to determine the national source of a product so as to know how duties, tariffs and restrictions should be applied.

When this happens, they argue, the very purpose of instituting the AfCFTA agreement, i.e., to strengthen African industries to drive economic growth on the continent will be defeated, as the foreign firms will always repatriate profits back to their countries. However, the AfCFTA is aimed at creating a large market where goods and services produced on the continent can move across member states with an agreed cheaper or free tariff system.

But contrary to such concerns, Ambassador Acconcia says this is rather the time for Africa to attract more foreign investments to its industrial sectors as the trade pact will benefit countries which have industrial powerhouses.

“I don’t agree that FDI’s undermine the rules of origin. I think FDI can rather make a huge contribution to the success of the AFCFTA. If the continental free trade is about promoting national transformation of Africa, then industrial transformation is huge investment. Investment can come indeed from Africa and I think industrial power houses like South Africa and Morocco have a huge contribution to give.

But FDIs from other continents and, of course, from Europe is already hugely present in African and particularly in Ghana. Some of the companies have been established for many years in Ghana. They produce in Ghana, employ Ghanaians, use local raw materials anytime they can. So, to say that a product produced in Ghana with Ghanaian materials defy the rules of origin, only because the nationality of the owners is foreign, is wrong and gives a wrong signal to investors,” she said in an interview with the B&FT.

She further stated that investors around the world are looking for opportunities to expand their frontiers, hence, the establishment of a single market in Africa has come in handy for them and countries on the continent must capitalise on this.

“The continent should open to investors. Investors are looking for opportunities all over the world. Africa needs investment; Ghana needs investment and it doesn’t matter where this investment comes from. The investors are already aware of the challenges of the AfCFTA. They know there are traditional and physical barriers in developing the continental trade in Africa. There are regulatory barriers; there is also the tendency for each state to look at itself.

So I believe that if there is political will of each African state to open their market, to genuinely fight the non-tariff barriers, to accept the that trade is a two-way exchange, to be open on self-collaboration among companies in different countries, to be open to supporting neighbours that are less developed, the AfCFTA will be successful,” she said.

A recent report from the World Bank has said the AfCFTA will play a pivotal role in continent’s quest to bounce from the global pandemic, as the trade pact connects 1.3 billion people across 55 countries with a combined GDP valued at US$3.4 trillion.

“A successful implementation of AfCFTA would be crucial. In the short term, the agreement would help cushion the negative effects of COVID-19 on economic growth by supporting regional trade and value chains through the reduction of trade costs. In the longer term, AfCFTA would allow countries to anchor expectations by providing a path for integration and growth-enhancing reforms,” the report stated.