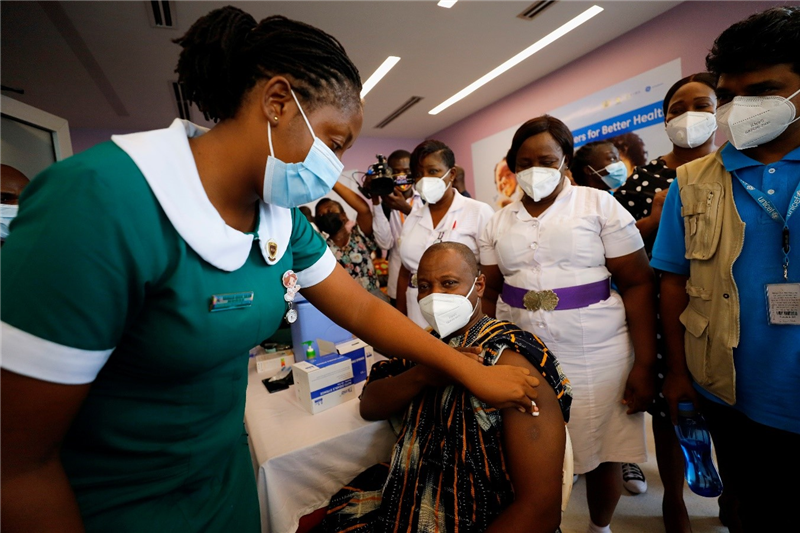 Many Africans who have received their first COVID-19 vaccine do not know when they will get a second shot because deliveries are delayed, the continent's top public health official said on Thursday.

“We cannot predict when the second doses will come and that is not good for our vaccination programme,” John Nkengasong, the head of the Africa Centres for Disease Control and Prevention (Africa CDC), told reporters on Thursday.

Africa lags behind most other regions in COVID-19 vaccinations, with just less than 14 million doses having been administered on the continent of 1.3 billion, according to the Africa CDC.

"Even if Ghana had the money, they will not know where to go get the vaccine, that’s the challenge," said Nkengasong.

So far, the majority of the vaccines available in African countries have been delivered via the World Health Organization-backed COVAX facility. COVAX aims to deliver 600 million shots to some 40 African countries this year, enough to vaccinate 20% of their populations.

The majority of those doses are AstraZeneca (AZN.L) shots produced by the Serum Institute of India (SII). But last month, India suspended its exports to meet rising domestic demand amid a surge in COVID-19 cases.

That has caused great uncertainty for Africa's vaccination rollout.

The African Union signed a deal last month with Johnson & Johnson (JNJ.N). read more But those doses will not begin arriving until the third quarter, and Nkengasong said last week that Africa would find it hard to bridge the gap in the meantime.

"We are in a bind as a continent," he said on Thursday. "Access to vaccines has been limited for us."

He said he hopes India, where new infections have topped 200,000 a day, will lift its restriction as soon as possible.

Speaking about the delays in shipments of more doses via COVAX from India, Richard Mihigo, immunization programme coordinator for the WHO in Africa, said that COVAX was working to ensure that countries that received their first instalment of vaccines in early March would also soon receive their second instalment.

People who have received their first jab are already benefiting from some protection from the virus, the Africa CDC's Nkengasong said, and he urged nations to use their doses before they expire.

On Tuesday, a South Sudanese government official told Reuters that it would not use the 59,000 vaccines it had received last month as a donation from the MTN Group (MTNJ.J), a South African mobile operator. The vaccines expired on April 13, the official said.

And on Wednesday, a health official in Malawi said it would destroy more than 16,000 vaccines it had received via the same donation scheme because they had expired, Agence France-Presse reported.

Nkengasong said that SII, manufacturer of the AstraZeneca doses in question, had told the Africa CDC that the expiry date could be extended to June or July. But he said the disease control body had urged African governments to use the relatively small number of doses as quickly as possible. He told reporters he had not heard of Malawi's decision.