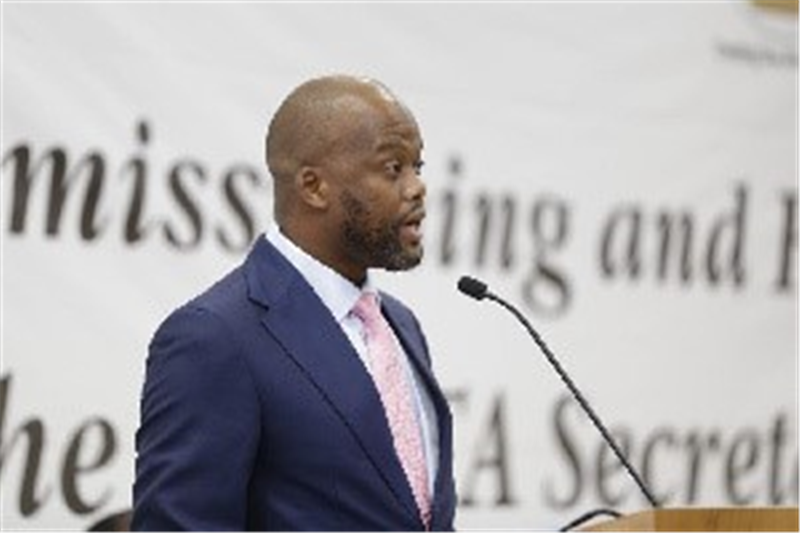 The Secretary-General of the African Continental Free Trade Area (AfCFTA), Wamkele Mene, has urged the 37 countries which have ratified the

African Continental Free Trade Area Agreement to resort to the dispute settlement body that has been set up to address any challenge they might face.

He has also asked them to endeavour to comply with rulings of the body, as this will significantly contribute to investor confidence.

According to him, compliance with the rules will go a long way to boost investor confidence – as the world will be able to tell the character of a

country when it comes to dispute settlement and the risk associated with investments into those countries.

“More importantly, there is an investor sentiment that is at play here: countries which are seen to be complying with rules of the African trade law,

those countries will have their investor sentiment enhanced. It is an important development; it sends a strong signal to importers, investors and service

provider that Africa is ready to transact businesses in a rules-based system,” Mr. Mene told journalists at a press briefing on the agreement’s status.

He said the dispute settlement body has held its inaugural meeting and is at the heart of the AfCFTA; and it will be the mechanism through which the

rules-based trade system and market certainty and predictability values of the agreement will be promoted. The body will have oversight of all disputes

that might arise in connection with implementation of the AfCFTA – including investment, trade in goods or services, or market access-related. It has been

set up with two adjudication steps: the court of first instance and an appeal court. Countries that are dissatisfied with a ruling can appeal, after which they

are bound to implement the ruling.Mr. Mene said there is some form of apprehension of the possibility not all the rulings will be implemented, but he is confident that just as countries

willingly ratified the agreement, they will in good faith comply with any ruling from the body.

“As happens everywhere in the world, for whatever reason some countries will not comply; let us be frank about that. In the World Trade

Organisation (WTO) today, we know that there are countries which continually do not comply with rulings of the WTO – citing their sovereignty. But

we know that many of the countries which have signed up to the AfCFTA will comply because we crafted these rules; we are the ones that said we

want to be operating in a rules-based multilateral trading system. Nobody forced the parliament of any country to ratify the agreement.”

He indicated that the body has been crafted to be independent and measures have been put in place to support its operations, as it will play a key role

in the AfCFTA’s success.

“We look forward to supporting the dispute settlement body; it does not report to me, the secretariat, or ministers; it is an independent body. Its

independence is important to build confidence in dispute resolution mechanisms which we as African have constructed for ourselves.”