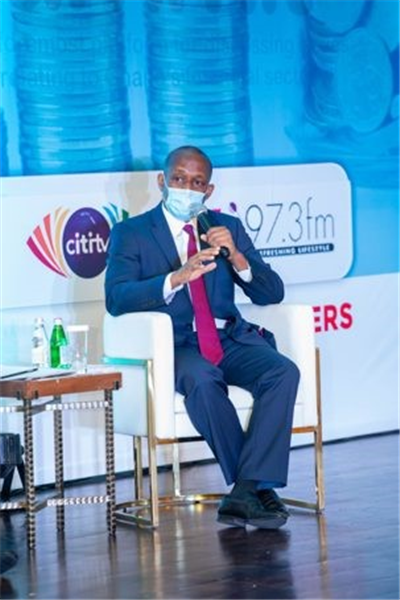 The Country Senior Partner of PwC, Vish Ashiagbor, has said it does not seem possible to see any substantial reduction in the country’s debt to GDP ratio any time soon, given the pandemic’s impact on the economy and rising government expenditure.

Contributing to a preliminary session at the maiden edition of the Money Summit organised by the Business and Financial Times (B&FT), on the role of financial institutions in helping the economy’s recovery post COVID-19, Mr. Ashiagbor noted that central government bears the ultimate responsibility for debt management and sustainability.

He explained that government oversees revenue collections, prioritises expenditure and setting out expenditure plans year-on-year; hence where there is a shortfall it needs to borrow, and that is where the financial institutions come in.

“It is for government to think-through and implement measures which boost the revenue, and as much as possible measures that can contain costs. To the extent that there is a view that the economy is being managed competently, and investors, stakeholders, financial institutions have confidence, the cost of borrowing can be more competitive or reduced to some degree,” he said.

On closing the fiscal gap, he urged government to ensure it is maximising the country’s revenue potentials and minimising its nondiscretionary expenditure; adding that all of this does not happen necessarily in the short-term, it is a medium- to long-term approach.

He further stated that the financial sector’s contribution to the situation is basically to partner government as best as it can. This, he said, can be done by offering suggestions, solutions, and where possible work with actors in the real economy so that they can also contribute their part.

Mr. Ashiagbor was however upbeat that there could be progressive reduction over time, on the basis that managers of the country invest resources in a manner that generates sufficient returns to service its debts while growing the economy.