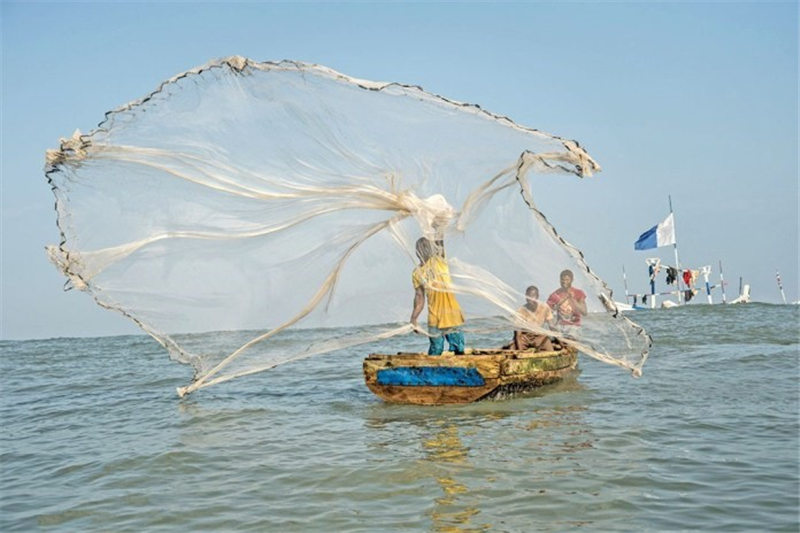 The European Union (EU) has warned that it will issue Ghana a ‘yellow card’, should the country consistently fail to tackle the menace of illegal fishing. The ‘yellow card’ is an official warning issued by the EU to its trading partners falling short of tackling illegal, unreported and unregulated (IUU) fishing.

The yellow card, which constitutes a formal warning, is a precursor to a red card – which means a total ban of seafood exports to the EU.

Minister of Fisheries and Aquaculture, Mavis Hawa Koomson – who disclosed the notice from the EU, said her ministry is determined to end the menace by sanctioning illegal fishers in the country’s waters to end the country’s plummeting fish stock.

She however said her personal desire to end the canker has received extra motivation through the warning given by the EU, as persons found culpable by the ministry will be prosecuted.

The Environmental Justice Foundation, a non-governmental organization promoting sustainable fisheries as part of its functions, has said more than 90 percent of Ghana’s industrial trawl fleet is linked to Chinese owners – who depend on Ghanaian ‘front’ companies to bypass national laws forbidding their operations.

The Foundation estimates that illegal fishing by both foreign trawlers and indigenous Ghanaians costs the nation more than US$50million a year.

The EJF claims that ‘saiko’ fishing – wherein trawlers target the staple catch of the country’s canoe fishers and sell it back to fishing communities at a profit – landed approximately 100,000 tonnes of fish in 2017; worth US$50million when sold at sea and up to US$81million when sold at the ports.

The challenge, according to experts, could linger for long despite government’s resolve to fight the canker, as Ghana is yet to acquire an enhanced fishing research vessel to fight the illegal activity and for other purposes, including monitoring.

Ghana currently imports over 60 percent of its annual fish consumption of over 950,000 tonnes. In 2016, US$135million worth of fish was imported into the country; with the amount rising sharply to US$311million in 2018 according to the United States Department of Agriculture (USDA).

Illegal fishing includes fishing activities conducted by foreign vessels without permission in waters under the jurisdiction of another state, or which contravene its fisheries law and regulations in some other manner – by disregarding fishing times or the existence of a state’s protected areas.

Ghana was first issued with a yellow card by the EU in 2013, and this was lifted in 2015 as a result of new legislation and a clear fisheries management plan. However, while these policies are well constructed, they have not been implemented or enforced, allowing the situation to deteriorate and leading the European Commission to re-issue a yellow card warning. Ghana is the second country ever to have been re-carded in this way and must now urgently work to eradicate illegal fishing by vessels flying its flag and operating in its waters.