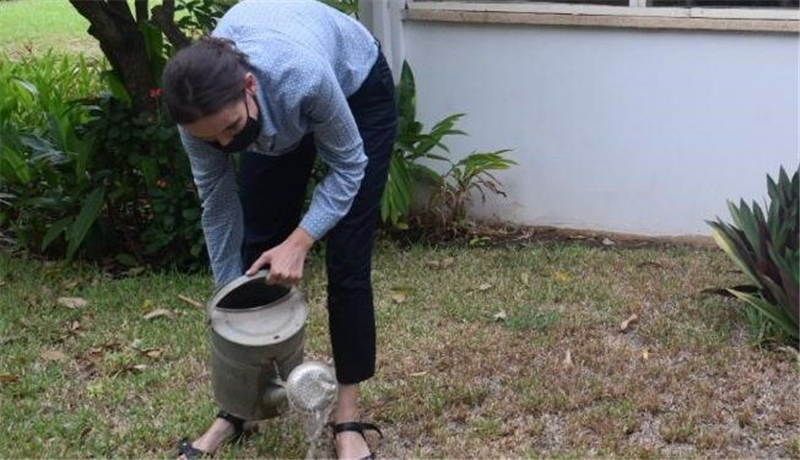 In solidarity with government’s nationwide tree planting initiative, the Embassy of the Netherlands in Ghana will be planting some trees—including two cocoa trees—at the embassy ground and ambassadors’ residences.

The act restates the embassy’s commitment to climate change actions with several reforestation interventions being spearheaded by the Dutch private sector in the country.

“This is how we want to participate in this nationwide exercise; deforestation is a very big problem all over the world but the rate of deforestation in Ghana is alarming.

So, the Netherlands Embassy is proud of this nationwide tree planting initiative which seeks to plant 5million trees and we are very glad to participate,” Deputy Head of Mission, Katja Lasseur, told Business24 in an interview.

She added: “As you know, forests are storage places for carbon which is a very important part of tackling climate change, so reforestation should be a top-most priority in Ghana.”

Mrs. Lasseur further appealed to government to save the Atewa Forest that is being threatened with all kinds of mining activities, which she said could destroy the flora and fauna in the nation’s top forest reserve.

Green Ghana is an initiative that aims at planting five million trees in a single day, a nationwide activity that is scheduled to take place today.

The project was initiated after President Nana Addo Dankwa Akufo-Addo, made a call to Ghanaians to plant more trees to preserve the country’s forest cover and the environment.

Policy Officer in charge of Food Security, Agribusiness and Agriculture at the embassy, Abdul-Rahman Abdulai, said the embassy has been helping to conserve green spaces through crop intensification.

“The embassy supports interventions in agroforestry. We intervene in the production of oil palm and cocoa whose cultivation trigger a certain level of deforestation.

As part of our interventions, we try as much as possible to promote crop intensification—growing crop within a limited space and not gearing into restricted areas—instead of expanding laterally which leads to deforestation,” he said.

to deforestation,” he said.