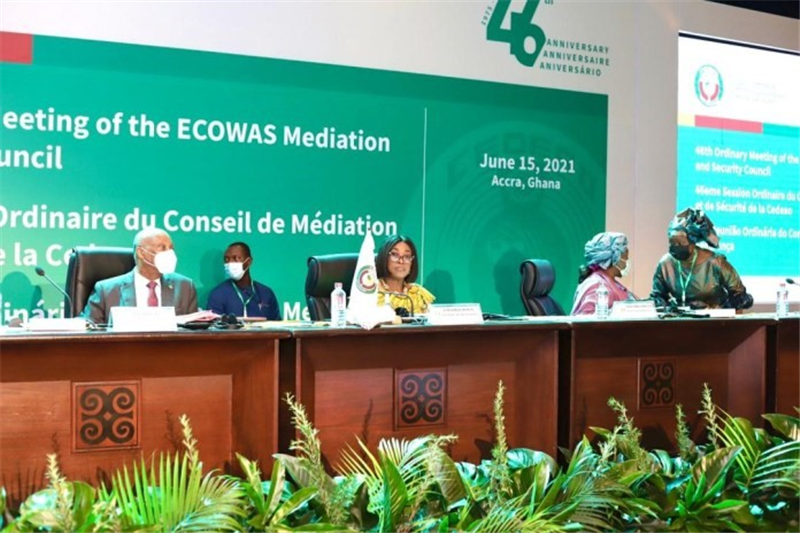 The Economic Community of West African States (ECOWAS) has expressed worry over rising security concerns on the continent, as a spate of terrorist attacks in the region are likely to retrogress efforts to recover from the pandemic.

In its 46th Ordinary Session of the Mediation and Security Council (MSC) at the Ministerial Level which comprises ministers of defence and foreign affairs of the region, member-states called for intense collaboration to address security concerns on the bloc, as delay could undermine regional integration efforts and the progress made in returning economies back to growth.

Speaking at the meeting held in Accra, Ghana’s Minister of Foreign Affairs, Shirley Ayorkor Botchwey, emphasised that urgency needs to be attached to tackling security issues in the region, as all member-states are at risk of terrorist attacks.

“Attacks by terrorists and extremist groups are worsening and cascading across the region, leaving no member-state spared as a potential target. On the political front, the region is concluding a major electoral cycle in which – while all the polls eventually ended peacefully, they were nonetheless characterised, at times, by tensions. The COVID-19 pandemic has also added a new layer of complexity, threatening social cohesion, welfare of citizens and economic recovery.

“Despite our strong actions, the security environment across the region has witnessed increasing terrorists’ attacks. From the Sahel region through the Lake Chad Basin, attacks from terrorists and violent extremists have morphed with banditry, kidnapping, farmer-herder dynamics and transnational organised crime to leave a trail of death, destruction, despair and fear among our populations. This is particularly the case in the frontline states of Burkina Faso, Mali, Niger and Nigeria where these deadly attacks have occurred,” she said.

In early June, more than 160 people reportedly died from attacks by armed men at a village in Burkina Faso. Homes and the local markets were burned during the raid. This follows a previous attack that resulted in the death of 30 people in the east of the country this May.

This and the Boko Haram attacks in Nigeria, and the military junta in Mali – which has staged its second coup in a span of nine months, are among the insecurity situations threatening the region prospects, especially at a time the entire continent is seeking to take advantage of the African Continental Free Trade Area agreement (AfCFTA).

Council of the Wise

Back in May 2021, the ECOWAS Commission held a consultation and orientation workshop for a reconstitution of the ECOWAS Council of the Wise (CoW). The workshop was meant to sensitise and prepare the distinguished member-states’ nominees of the CoW to discharge their duties as a supporting organ created purposefully for preventive diplomacy and mediation interventions in member-states within the region.

Being one of the key pillars of the Peace and Security Architecture of ECOWAS, the CoW had previously collaborated with the ECOWAS Commission in the prevention and resolution of conflicts in some member-states; facilitated communication channels and confidence-building measures between conflicting parties; and also participated in fact-finding and election observation missions, in conformity with the provisions of Articles 17 and 20 of the 1999 Protocol relating to the Mechanism for Conflict Prevention, Management, Resolution, Peacekeeping and Security.