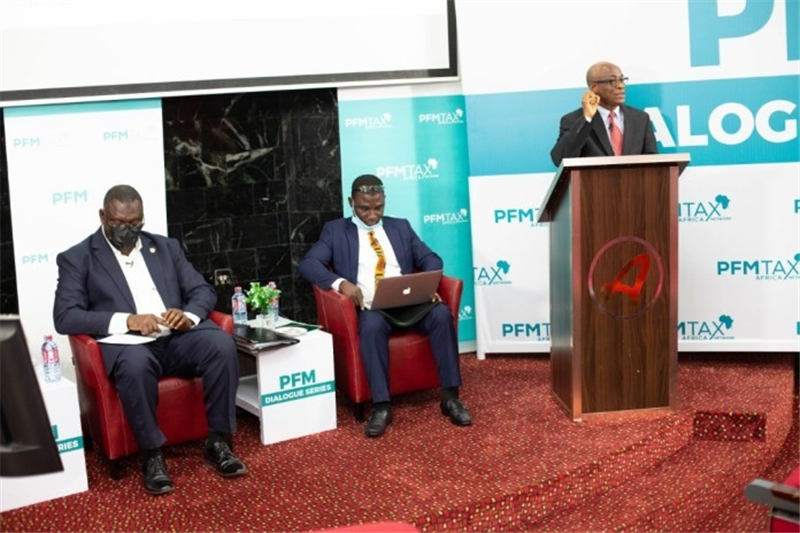 Tax experts have expressed concerns over Value Added Tax (VAT) revenue underperformance, saying government is not reaping the needed and expected benefits due to some challenges associated with the tax regime.

With the present VAT regime, which came into force in 2018, companies are no longer charged a standard rate of 15 percent VAT (GETFund and NHIL inclusive) plus infrastructural fund of 2.5 percent, taking the total to 17.5 percent – which were creditable and could lead to a refund when invoices to prove payment were submitted.

However, the practice now is that, the 2.5 percent GETFund and 2.5 percent NHIL have been detached from the standard rate (which is now 12.5 percent) and are no longer subject to credit and therefore refund, which is the usual case for exporters.

What it means is that companies are eligible for tax credit and refund of only 12.5 percent and will have to still pay the 5 percent GETFund and NHIL without credit or refund. What is more, businesses will now have to add the 5 percent to cost before calculating the 12.5 percent VAT, which then results in a tax on tax.

This, according to the experts who were speaking at a forum organised by PFM Tax Africa under the theme: ’20 years of VAT: the good, the bad and the ugly’, the current structure of the VAT, has effectively increased the cost of businesses as the 5 percent GETFund and NHIL now adds up to input cost.

Speaking at the event, former Finance Minister, Seth Terkper, said the current VAT regime adds consumers’ burden to the cost of businesses and that eventually increases the price of products on the market, as companies eventually pass on that burden back to consumers. This, he said, has the tendency to encourage tax evasion and avoidance on the part of businesses.

If you remove the straight levies (2.5 percent GETFUND and 2.5 percent NHIL) from the base, examine the structure of the new levies and compare to what they were when the straight levies were part of the VAT. And the law itself is saying that they cannot get refund when they pay on their inputs as was previously done, so they will now add it to cost, and the price will definitely be higher than when they were under the VAT.

So far, the official data shows there is no additional revenue benefit to government, which suggest some incidence of tax evasion or avoidance taking place,” he said in an interview with the B&FT.

Also speaking at the event, tax expert and senior lecturer at the University of Ghana Law School, Dr. Abdallah Ali-Nakyea, called for reforms in the tax regime that will make it simple to understand and encourage production rather than discourage it.

“Looking at government policy of One District One Factory, you will see that a lot of them are into processing of agriculture produce. But raw agriculture is exempt from VAT whereas processing is not. So, if we want to encourage Planting for Food and Jobs to feed into the factories so that they can export, then we need to relook at their incentives again so that if they get into the relief supplies and it can bring down their cost of operations, they will also be able to make it and create more jobs.

In any case, it will only be a part of indirect tax that government will be losing, but it will gain from income tax when jobs are created. That is why we are saying that let us keep things simple to understand and comply by the taxpayer. In that way we will get the revenue we need, and we can grow the economy.

We have to improve what is good in the VAT; correct what is bad; and identify what is ugly and improve it. We need to resource the GRA to make their work easier and make the taxpayer more comfortable to be able to comply,” he said in an interview with the B&FT.

Another tax lecturer at the University of Professional Studies, Accra (UPSA), John Amoh, also pointed to the fact that even though the VAT regime does not discriminate, it is not fair to some sections of taxpayers due to its structure

“Every country that has adopted and implemented VAT can testify to the fact that, indeed, VAT has increased revenues. VAT is fair to some extent aside the fact that those on the 3 percent flat rate VAT don’t have the opportunity to ask for refund while the wholesalers and other manufacturers can claim and this is quite unfair to those on the flat rate,” he told the B&FT.

The Regional Economic Outlook Report published by that IMF earlier in the year has shown that the low revenues generated from VAT is not only a Ghanaian problem but a continental-wide one. According to the report, the region’s VAT efficiency (the ratio between actual VAT revenues and theoretical revenue received if all consumption were charged at the standard rate) is only about 35 percent, compared with a global average of more than 50 percent.