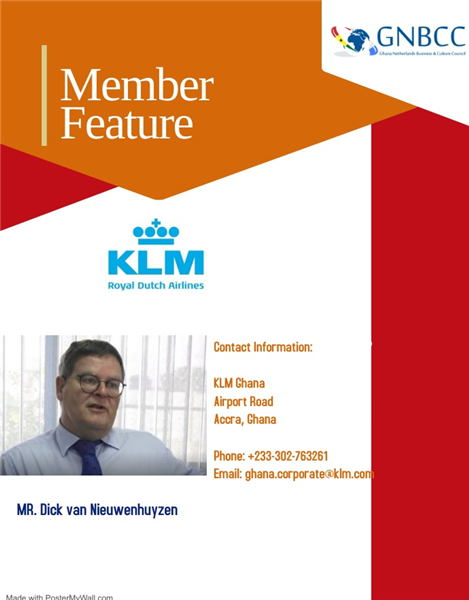 After many years of dedicating his life to his job with KLM around the world, Mr. Dick Van Nieuwenhuyzen is finally going home to the Netherlands on a well deserving retirement with his family. “My job with KLM over the years has been my hobby, but now I will have to get use to gardening, home maintenance and babysitting my grandkids as my new hobbies”.

As a young nineteen year old young man, been born in Angola Rwanda, Mr. Nieuwenhuyzen had the vision and passion to travel around the world. Based on this, he quit his job with Shell in the Netherlands and joined KLM. He made a deal with his management team to give him the opportunity to work in different countries as a result of his outstanding performance. He gave it his all and ensured that his dream came true. With hard work and determination, he worked as the Regional Manager at Tanzania, Central Asia, Syria, Lebanon and Jordan. His sales performance was unbeatable as the Sale Manager of West and South India, Eastern Africa and Euregio. With such eye-popping performance no wonder he became the country manager for Ethiopia, Uganda, Sudan and finally Ghana. He also took on the responsibility as a director of Ghana Netherlands Business and Culture Council. In all of this, he had immense support of his wife and two children moving with him from country to country.

At every level of his career Mr. Nieuwenhuyzen takes training of young people very serious, in order to fulfil the mission of KLM. That is, “To Be The Best Service Provider In The Airline Industry”. Together with Air France, KLM offers commercial flight services to and from any part of the world. On commercial arrangements between KLM and various companies, workers are able to enjoy good discounts on their travel arrangements.

With his emphatic support to GNBCC, we say, “Thank you Mr. Nieuwenhuyzen”. We wish you all the best in your future endeavors.