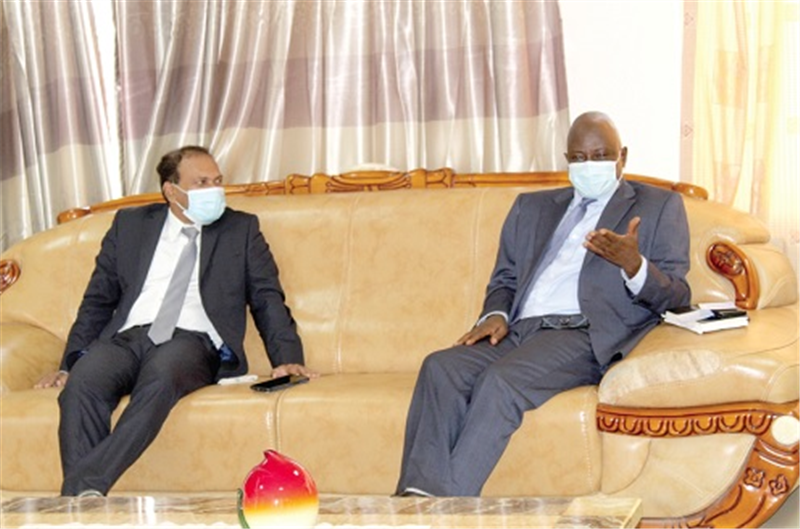 The Indian High Commissioner to Ghana, Mr Sugandh Rajaram, has stated that the five Northern regions have a lot of potentials in agro-processing, irrigation farming and cottage industry development that need to be fully tapped to create more jobs for the rural people and improve on their living conditions.

He explained that to be able to achieve that, there was the need for all stakeholders in both India and Ghana to be brought together to build synergies and chart a new path in the creation of jobs and wealth for the people in the two countries.

Mr Rajaram stated this during an interaction with media practitioners in Bolgatanga last Sunday as part of a six-day official visit to the region.

He intimated that India had the requisite expertise and experience in the agricultural sector, hence the creation of employment for its population which could be replicated in the Upper East Region.

The High Commissioner observed that about 70 per cent of India's 1.4 billion population depended on agriculture to survive and so “we realised that if we did not support the people to go into farming, they would be creating problems for the country instead of engaging in productive ventures.”

Mr Rajaram said 99 per cent of Indian businesses were small but they took initiatives while the Indian Government had also created a conducive environment for them to grow without the government necessarily running the businesses itself.

He said India was prepared to facilitate investment for the business community in the Upper East Region and, therefore, encouraged them to develop concrete business plans.

Mr Rajaram, who was paying his first official visit to the region since he arrived in the country in January 2020, observed that he was expecting small and medium scale enterprises in both India and Ghana to build synergies to help improve on their respective economies, particularly the local economy in the region.

The High Commissioner later called on the Regional Minister, Mr Stephen Yakubu. During their interaction, Mr Yakubu intimated that the region could work together with India to improve on the agro-processing sector and other agro-based industries.

He mentioned, in particular, the Pwalugu Tomato Paste and Zuarungu Meat factories as well as the development of the Fumbisi Rice valleys as some of the areas that could be explored for the benefit of India and Ghana.

Mr Yakubu equally called for support in the shea nut industry, saying the shea trees were dotted around the five regions of the north.

He also pointed out that the rail industry, irrigation and art works were all areas for investment and development in the region.

In the area of health, Mr Yakubu stated that the government intended to construct seven district hospitals in the region and that the health sector was also an area that could be supported by India.

During his stay in the region, the High Commissioner will be exploring the possibility of facilitating support for small and medium scale enterprises in the region and also seek ways of diversifying Indian investments in the region.

Mr Rajaram is expected to interact with Indian Scholarships Alumni in the region, visit the Kofi Annan Information and Communication Technology (ICT) Centre in Bolgatanga as well as tour some educational and health facilities.