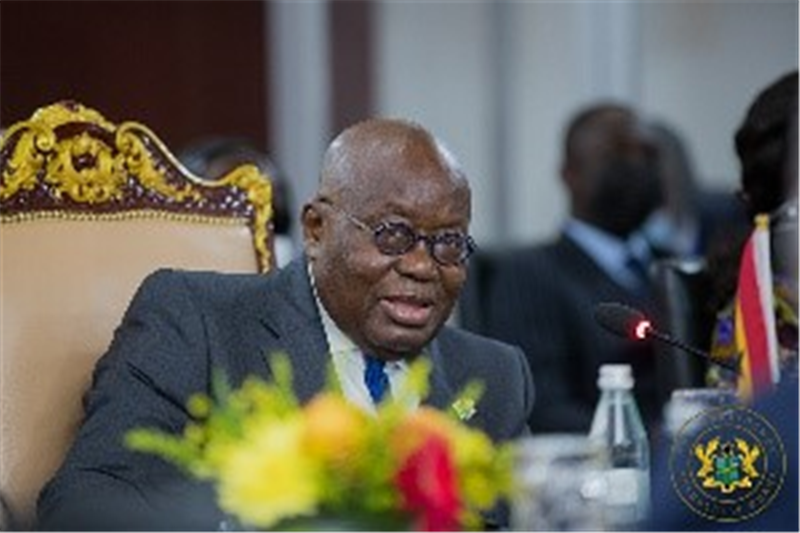 Following an amorphous demand from the General Secretary of National Union of Seamen, Ports and Allied workers (NUSPAW), Isaac Impraim, that the Ministry of Transport should sack the Chief Executive of the Tema Shipyard, workers at the place who are against the move have asked President Akufo-Addo to ignore the call.

As part of the reaction, the workers against the public media attacks on the CEO have accused the leadership of the workers Union of acting as hatchet men for high-ups in the Management of the Shipyard who want the CEO out because Dr. Alexander Yaw Adusei Jnr. is fighting systemic corruption at the Shipyard.

“Those who have returned demanding the removal of the CEO are nothing but hatchet people being used by people in Management who are unhappy because Dr. Adusei has put a stop to a culture of contract diversion at the Tema Shipyard.

“In the past, what happened was that a corrupt cabal at the top was free to get prospective clients who wanted dry dock services from the Tema Shipyard to divert the jobs to private companies that they are affiliated to. But Dr. Adusei has put a stop to that, hence the machinations against him,” the workers said.

They pleaded anonymity because they say they had earlier been misled into joining the leadership of the workers union to demand the sack of the CEO. However, they later found out that they were actually doing the bidding of some corrupt high-ups and therefore repented.

These anonymous workers, numbering two, who said they represented the interest of other unhappy workers, asked President Akufo-Addo to ignore

the detractors of the CEO. “He rather is fighting corruption at the Tema Shipyard.”

The General Secretary of NUSPAW, Isaac Impraim, on Thursday reportedly issued a statement reiterating calls on the Ministry of Transport to sack the CEO of the Tema Shipyard who is also the Director General of the yet to be built Keta Port.

According to Isaac Impraim, his call was a reiteration of the position that the about 300 workers of the shipyard had taken and it was in response to an earlier report that some of the workers who had earlier taken part in the demand for the sack of the CEO had repented and pleaded with President Akufo-Addo for forgiveness.

What is interesting is that, the basis on which the workers demand the CEO’s sack is that he does not have proper knowledge of how a shipyard is run and is therefore running the Tema Shipyard aground.

However, according to the repented workers, the claims of incompetence is just a façade. In addition to fighting corruption, they claim, the CEO is also trying to get the workers to be valuable to the company.

They point out that the Tema Shipyard workers laze about a lot. “There are 23 welders for instance, but only four report for work frequently,” the anonymous workers report.

They claim that those who report to work, “spend most of their time playing draughts and then waiting for lunch time when they can go to the canteen and eat.”

And on top of all that, the workers expect a pay increment and the restoration of night allowance, which was suspended long before the appointment of Dr. Adusei.

“As workers we would also benefit from pay increments, but it is important that we are truthful. Dock work has both lean and good seasons and for some time we have not really been having clients,” the dissident workers said, blaming the development partly on the very diversion of contracts that the CEO IS FIGHTING.

According to them, Dr. Adusei has not been happy about the situation and has been confronting workers about it and this has incurred him enmity.

Noted that, workers of Tema Shipyard who number about 300 are unhappy with the CEO’s lack of understanding of the job and his unwillingness to learn and correct the wrong to make the facility run smoothly and are thus calling for his removal to save the yard from losing out on the gains made over the past years.

They challenge their leaders to, “state in clear terms, what the exact offense of Dr. Adusei is and stop telling everybody that the man does not know his job. What exactly does he not know?”

They urged President Akufo-Addo to, “ignore the few detractors who are only fronting for selfish corrupt people.”