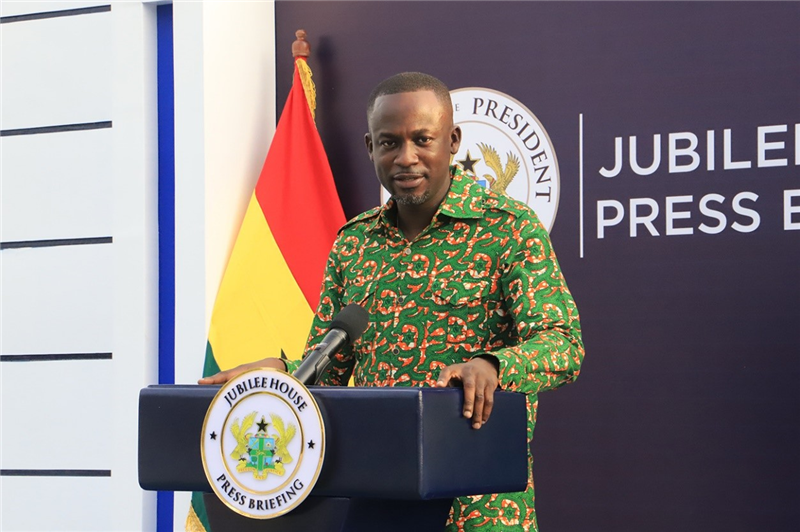 President Nana Addo Dankwa Akufo-Addo has refunded GH¢237,974, being increment on his emoluments for the period January to August this year, to the Pensions and Salaries Accounts of the Controller and Accountant-General’s Department (CAGD).

The refund is in line with the decision he took on May 1, this year that members of the Executive arm of government would not enjoy salary increment as part of their modest contribution to public revenue to hasten the recovery of the economy from the impact of the COVID-19 pandemic.

The Director of Communications at the Presidency, Mr Eugene Fiifi Bentum Arhin, disclosed this at the third in the series of engagements with the Presidential Press Corps at the Jubilee House in Accra yesterday.

The increment was proposed by the Professor Yaa Ntiamoa-Baidu Committee, as enshrined in the 1992 Constitution, for Article 71 office holders.

But during this year’s May Day celebration, President Akufo-Addo had announced: “I have taken the decision to freeze salary increment for this year, 2021, for myself as President, the Vice-President, ministers, deputy ministers and all appointees of the Executive.”

“It is our modest contribution to reduce the damage to our public revenue and help hasten our nation’s recovery from the ravages of the pandemic,” he had added.

Mr Arhin said when President Akufo-Addo received his accrued salary from January to August this year, he noticed that the directive had not been enforced, hence the decision to return the money.

“So, leading by example, on Thursday, September 2, 2021 President Akufo-Addo wrote a cheque amounting to GH¢237,974 to the Pensions and Salaries Accounts of the Controller and Accountant-General’s Department to reflect the decision he had taken to freeze salary increment for himself,” he said.

Mr Arhin said the President had also instructed the Chief of Staff, Mrs Akosua Frema Osei-Opare, to ensure that Vice-President Mahamudu Bawumia, ministers and their deputies and all appointees of the Executive also refunded the increment that had so far been paid to them.

The director, who is also affected by the decision, said he would refund the money, in line with the President’s directive.

On the One District, One Factory (1D1F) initiative, Mr Arhin said currently there were 278 factories at various stages of implementation, and that so far 104 were in operation,150 under construction, while 24 were at the mobilisation stage.

He said out the 278 factories, 165 of them, representing about 60 per cent, were new projects, with the remaining 40 per cent being supported by the government.

Regarding the insurgence in Guinea, Mr Arhin said the President, who is also the Chairman of ECOWAS, would chair a virtual emergency summit of Heads of State and Government in the subregion to reaffirm the long-held belief that the ballot and not the bullet should be the only means to change governments.