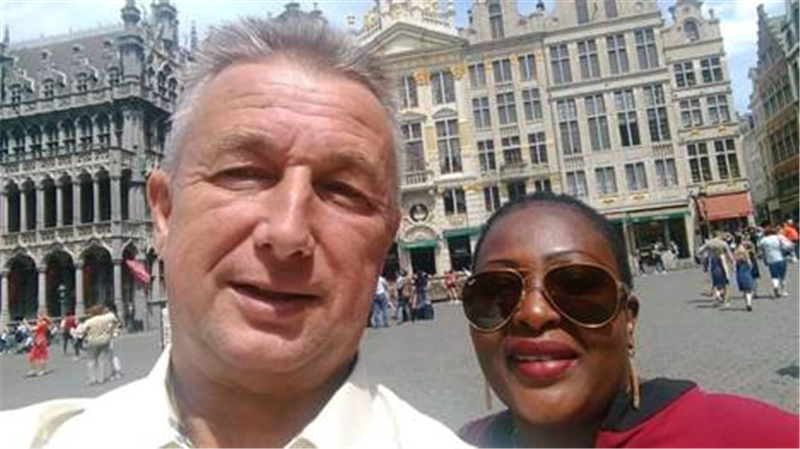 A Ghanaian-Dutch couple has allegedly been blocked from flying to Amsterdam, Holland on board a KLM plane.

In an exclusive interview with African Entertainment, Nico van Staalduinen, the Honorary Consul for Bulgaria in Ghana, says he and his Ghanaian Togolese wife, Kay Djifa Sodatonou, had boarded KLM at the Kotoka International Airport in Accra and were destined for Amsterdam, Holland. But he alleged that they were asked to disembark the plane.

According to him, they had registered their opposition to KLM's attempt to stop serving meat from their economy class flights meals worldwide with an exception for destinations such as Argentina and Texas.

"We were seated and had 2 banners on board. Purser asked if we were the ones spreading flyers. We said yes because we had the best intentions for KLM and wanted to warn them that they could lose passengers with serving only vegetarian meals," he told African Entertainment exclusively via telephone.

According to him, "She [Purser] asked what our rolled up posters were for. I answered we wanted to take a picture before flying."

He added that "She said she can't allow that and asked me to give the banner. I said no problem but tomorrow when landing in Amsterdam I will alert the Dutch press that we were not allowed to take a picture of my wife with the banner."

He noted that "She called the captain and told him we threatened her. I said absolutely not. Other passengers also said we didn't. The captain said he wouldn't go into discussion with us we had to leave the flight. I didn't protest and left."

Asked whether they were able to fly on another airline to Holland, the hotelier and Honorary Consul says no, adding that "We are still in Accra trying to book another airline."

The incident occurred on Wednesday night, September 15, 2021, leaving the couple stranded. A flyer shared with African Entertainment by the aggrieved couple read in part: "Respect Ghana and Africa and our choices by giving us our meals with meat!

"KLM view of saving the global environment by excluding meat in our meals is flawed as it is perceived that they are solely doing that to save cost and increase profit as the populace think," the flyer reads.