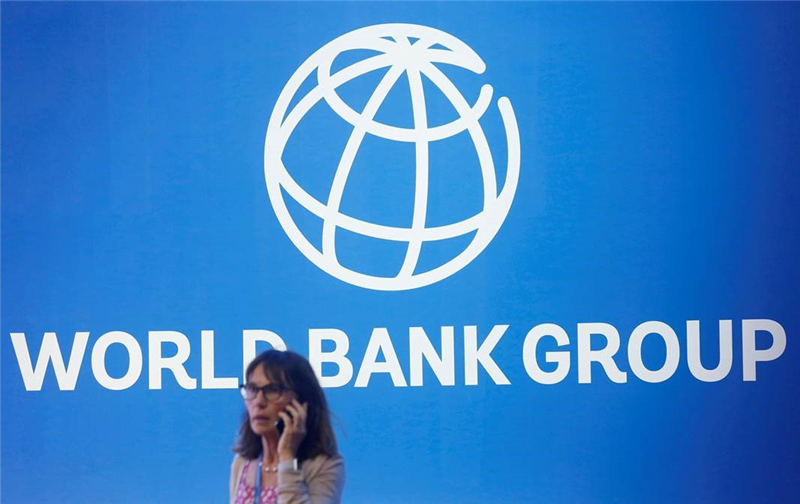 WASHINGTON, Sept 20 (Reuters) - Weeks before the World Bank scrapped its flagship Doing Business rankings following a damning independent probe, a group of external advisers recommended an overhaul of the rankings to limit countries' efforts to "manipulate their scores."

An 84-page review, written by senior academics and economists, was published on the bank's website on Monday, about three weeks after it was submitted to World Bank chief economist Carmen Reinhart.

The World Bank on Thursday said it would cancel the "Doing Business" series on country business climates, citing internal audits and a separate independent probe by law firm WilmerHale that found senior World Bank leaders, including Kristalina Georgieva, who now heads the International Monetary Fund, pressured staff to alter data to favor China during her time as World Bank CEO.

Georgieva has strongly denied the findings.

World Bank President David Malpass, in his first public comments since the data rigging controversy broke last Thursday, told CNBC that the Wilmer Hale report "speaks for itself" and that the bank will explore new approaches to helping countries improve their business climates.

The review published on Monday was written by a group assembled by the World Bank in December 2020, after a series of internal audits revealed data irregularities in reports on China, Saudi Arabia, the United Arab Emirates and Azerbaijan.

It calls for a series of remedial actions and reforms to address the "methodological integrity" of the Doing Business report, citing what it called "a pattern of government efforts to interfere" with scoring for the reports in past years.

"The World Bank needs an introspection. It has been advocating country reforms for better governance, transparency, and practices. Now it has to use the prescription for its own reform," said Mauricio Cardenas, the Columbia University professor and former Colombian finance minister who chaired the expert panel.

The experts faulted the Doing Business series for lack of transparency about the underlying data and questionnaires used to calculate the rankings, called for a firewall between the Doing Business team and other World Bank operations, and creation of a permanent, external review board.

"We have been informed of multiple cases where national governments have attempted to manipulate the DB scores by exerting pressure on individual contributors," the report said, pointing to lawyers, accountants, or other professionals.

"World Bank staff mentioned several countries where they believe government officials have instructed contributors how to respond. And even in the absence of explicit government pressure, of course, the perceived threat of retaliation may influence the scores contributors report."

The authors also called for the bank to stop selling consulting services to governments aimed at improving a country's score, noting that they constituted an apparent conflict of interest.

"The World Bank should not simultaneously engage in scoring countries’ business environment while accepting payment to coach countries on how to improve their scores," the authors wrote. The World Bank offered these "Reimbursible Advisory Services," or RAS in a number of countries, including some of those implicated in the data manipulation investigation, such as China and Saudi Arabia, the review said.

In December 2020, the review said, one internal audit reported that bank management had pressured nine of 15 staff to manipulate data in the 2018 and 2020 issues of the Doing Business index, boosting Saudi Arabia to the "most reformed" spot globally and buoying the rankings of the United Arab Emirates and China, while dropping Azerbaijan from the top 10 rankings, the external advisers reported.

The separate WilmerHale report said that changes to Saudi Arabia's data were "likely the result of efforts by a senior bank staff member to achieve a desired outcome and reward Saudi Arabia for the important role it played in the Bank community, including its significant and ongoing RAS projects."

Justin Sandefur, a senior fellow at the Center for Global Development in Washington and another member of the expert panel that produced Monday's report, said that it showed "a governance problem" at the World Bank and he had not seen any assurances that similar problems would not continue with other data sets.