Over 75 Solar Firms Face Collapse--Five Relocate to Other Countries 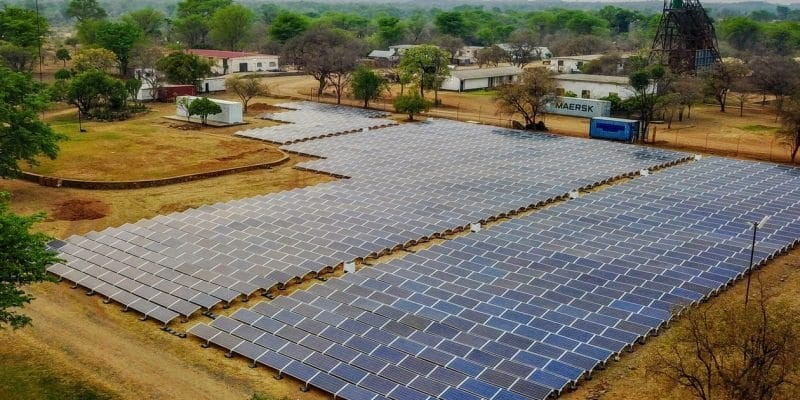 The survival of 75 solar companies is under threat due to what they describe as unfair policies and regulations in the industry.

Already five of them have started preparations to relocate to Liberia and Sierra Leone as the solar business has become unprofitable in the country. This situation puts the jobs of over 700 people on the line.

Speaking in an interview with the Graphic Business, the Secretary of the Association of Ghana Solar Industries (AGSI), Mr Agyenim Boateng, said the government was continuously using regulations and policies to stifle the growth of solar energy in the country.

He said that was followed by a directive that said no private solar company should do mini grids.

“It is now going to be government-led activity. Currently, in the commercial and industrial sector; among factories, industries, bulk consumers of electricity, if you are going to install solar there, the government has issues with it which is not right.

“There is also a directive which is indirectly saying that no licences should be issued for people to do this and these policies and regulations have become a barrier to the growth of the industry,” he stated.

Mr Agyenim Boateng was speaking to the Graphic Business on the sidelines of a meeting between Jubaili Bros, Huawei and some engineering procurement companies (EPCs).

The meeting was to discuss the issues affecting the solar industry in the country and the way forward.

The Energy Commission (EC) provided two main reasons for the decision at the time.

The first was that the EC had issued about 124 Provisional Wholesale Electricity Supply Licences for Utility Scale Grid-connected Renewable Energy (RE) projects since the coming into force of the Renewable Energy Act, 2011 (Act 832), out of which only three have been developed, representing approximately a low 2.5 per cent development rate.

Unfortunately, the notice from EC failed to provide further details on the over 97 per cent licensed projects that have not been developed, operationalise or which phase of development any of these projects were.

The second reason for the suspension of issuance of new PPAs had to do with the Electricity Company of Ghana (ECG) having signed numerous PPAs, in excess of 2,000MW which was costing the country millions of cedis annually.

Mr Agyenim Boateng said these directives were affecting the over 75 companies who were registered with the association.

He said so far, five of their giants had exited the market, with some of them moving to Liberia and Sierra Leone because of the situation.

He noted that if the situation persisted, then it threatened over 700 jobs in the country.

“These directives came at a time that the companies were already reeling from the painful impact from COVID-19 and we are very much worried as an association,” he said.

He said although the association had officially written to both the Ministry of Energy and the Energy Commission, it was yet to receive any response.

“For the Energy Commission, it’s been just a month since we wrote to them so we are still hopeful of a response, but with the Ministry of Energy, it’s been seven months and not even an acknowledgement of receipt of our letter and that is worrying,” he noted.

The meeting by the two companies was meant to dialogue and provide the necessary and updated support to customers and end-users on the state-of-the-art solar products distributed by Jubaili Bros.

It provided the platform for customers to ask questions on the latest PV products which were produced by Huawei and traded by Jubaili Bros.

The forum also presented an opportunity to the EPCs to engage on industry trends and new directions in the solar energy sector.

The Channel Director of Huawei, Mr Randy Oppong, said it was important for the government to allow energy sources such as renewables to come onto the national grid as energy production had become a challenge on the global scene.

He said Jubaili Bros was a value added partner, which provided after sales service for customers who patronise PV products manufactured by Huawei.

The Head of Solar for West Africa at Jubaili Bros, Mr Sampson Amanyo-Zickson, said it was ideal for companies and residential facilities to use solar energy because it was cheaper than grid power.

“From the ethical, moral and financial perspectives, solar usage makes sense. It has the lowest maintenance for most of the renewable energy systems and is below grid parity. For businesses that operate within the sun hours, from 8 a.m. to 5 p.m. it makes no sense for such companies not to use solar,” he said.