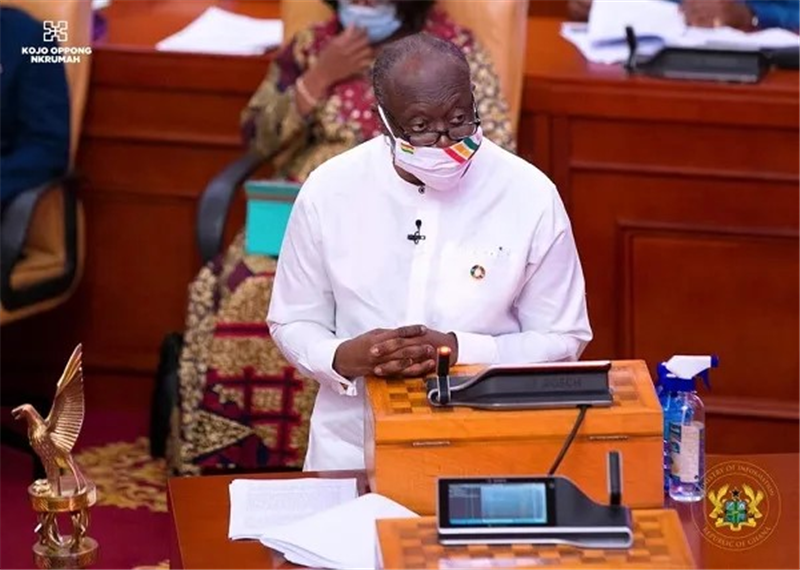 The Association of Ghana Industries (AGI) wants government to review a number of policies that they said are pushing them out of business.

It said the 50 percent benchmark values policy makes imported products cheaper than locally made ones, thereby pushing many producers out of business and should be revised to affect products which cannot be made locally. It also wants a revision of the Straight Levy.

Its Vice President Humphrey Dake, speaking in Accra during an event dubbed: AGI’s input to the Budget Statement and Economic Policy for 2022 fiscal year, scheduled to be laid before lawmakers in the coming days, said the 50 benchmark values policy has been inimical to local production and job creation, hence must be reviewed.

He said sectors like local rice industry, oil palm, poultry and electrical cables among others, which local producers have capacity to meet demand, are all near collapse due to the introduction of the benchmark values, as well as the Straight Levy.

“Guided by the overarching framework of Ghana’s industrial transformation agenda, 1D1F initiatives, Planting for Food and Jobs, and Ghana’s export development agenda, the AGI is calling for a review of the 50% benchmark value reduction policy to align with the country’s industrialization drive.

Indeed, the COVID-19 pandemic has taught us lessons as a country. Following the disruption of global supply chains during the pandemic, we all saw the need to quickly develop our local supply chains. The policy in its current form runs counter to government’s own industrial initiatives and has dire consequences for sustainable job creation prospects and the stability of our local currency,” he said.

Introduced in 2019, the 50 percent reduction on import values at ports was to make trade through ports more attractive and enhance revenue mobilization. The AGI however said this has not been the case two years into its implementation.

Instead of the universal application of the policy to all imports, AGI believes imports which come to compete with locally manufactured products be exempted from the policy. “It is important for government to cushion local products for which there is local production capacity. Secondly, we urge government to maintain the benchmark policy for manufacturers for their raw material imports to help grow the real economy.”

Wilmar alone, which has capacity to produce 300,000 metric tons of oil palm annually, more than Ghana’s 200,000MT annual consumption, was producing above 70 percent of its capacity before the introduction of the policy, but is now doing less than 50 percent due to the impact of the policy, its General Manager, Kwame Wiafe told the B&FT.

Another company which has suffered from the 50 percent reduction policy is Avnash, a local processor of rice and oil palm. In the last nine months, AGI said the company have had to shut down its rice processing plant in the Northern Region because of unfair trade practices brought about by the benchmark policy.

Meanwhile, President of the Oil Palm Development Association of Ghana (OPDAG), Samuel Avaala, told the B&FT last year that before introducing the benchmark value, a 25-litre (yellow gallon) of oil produced locally sold at GH¢145 against GH¢150 for the imported product. However, after the policy was introduced, the locally produced vegetable oil was still selling at GH¢145 while the imported products started selling from GH¢110.

“The benchmark valuation policy has virtually brought the sector to its knees coupled with the outbreak of the Coronavirus pandemic; the association fears the worst for the industry,” he said at the time.

The AGI meanwhile earlier this year warned that unemployment within the manufacturing sector could worsen if government fails to review the 50 percent reduction in benchmark values for imported goods and the Straight Levy policies.

On it expected for the 2022 budget, it said the budget should extend the zero VAT regime for domestic textile makers as well as VAT and import exemption for locally produced sanitary.

More importantly, its Chief Executive Officer, Seth Twum Akwaboah said the budget must bring about a positive change in key economic indicators like inflation, lending rate as well as a general improvement in the business environment.