Check Out 16 Key Highlights Of The 2022 Budget Statement 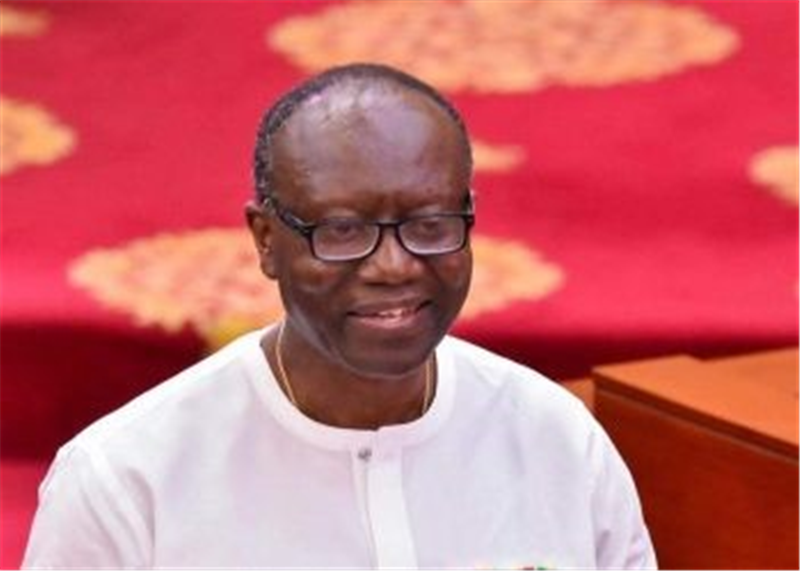 The delivery of the budget on Wednesday, November 17, 2021, was in accordance with Article 179 of the 1992 constitution.

In the presentation, he indicated that capital expenditure, funding of key government flagship programs, wage bill, and interest payments have been identified as key drivers of expenditure growth.

The Minister also announced new taxes and some other interventions to meet the domestic revenue target.

Here are a few highlights:

One of the government’s policy measures is a “review of fees and charges with an average increase of at least 15 percent in 2022 and thereafter subject it to automatic annual adjustments by average inflation rate as published by the Ghana Statistical Service, but with the prior consent of the Minister for Finance. The fees and charges should, however, be subjected to general review every five years. The effective date of implementation is 1st January 2022”, Mr. Ofori-Atta disclosed.

2. Abolishment of tolls on all public roads in the country

“To address these challenges, the government has abolished all tolls on public roads and bridges. This takes effect immediately after the budget is approved,” the Minister announced.

3. A 1.75 percent charge on all electronic transactions has been introduced

“After considerable deliberations, the government has decided to place a levy on all electronic transactions to widen the tax net and rope in the informal sector. This shall be known as the “Electronic Transaction Levy or E-Levy”, Ken Ofori-Atta said.

He said part of the amount will go into entrepreneurship and job creation.

4. One million jobs to be created under a newly introduced initiative dubbed ‘YouStart’, with a seed capital of GHS1 billion

“The YouStart initiative which proposes to use GH¢1 billion each year to catalyze an ecosystem to create 1 million jobs and in partnership with the Finance Institutions and Development Partners, raise another 2 Billion cedis,” he said.

5. Revenue and Expenditure targets. The government has also targeted an overall (GDP) growth target for the year 2022 at 5.8%

The government targets to spend an estimate of GHS 137.5 billion, while the GHS 100.5 billion is to be raised as total revenue for 2022.

“Total Revenue & Grants and Total Expenditure, the 2022 fiscal operations will result in an overall fiscal deficit of GH¢37.0 12 billion, equivalent to 7.4 percent of GDP”, the Minister said.

“Government, through the Ghana Revenue Authority, will from January 2022, assist the MMDAs to implement a common platform for property rate administration to enhance Property rate collections and its accountability,” Ken Ofori-Atta outlined.

“After two and a half years of operation, the temporary benchmark (discount) policy on imports introduced as a stop-gap measure has been reviewed to make it more efficient and better targeted. This is consistent with Government policy to promote local industry
and improve foreign exchange earnings”, the Minister stressed.

“Mr. Speaker, Government is happy to announce the successful set-up and operationalization of the Development Bank Ghana (DBG). The DBG has received its operational license from the Bank of Ghana. The central bank has also conducted its due diligence and approved DBG’s Governing Board and key Management Personnel. DBG will support the private sector to ease the constraints of long-term credit for growth and expansion”, he announced.

11. Reduction of withholding tax on sale of unprocessed gold

” For small-scale gold mining, reduce the 3.0 percent withholding tax on sale of unprocessed gold by small-scale miners to 1.5 percent with effect from 1st January 2022″, the Minister mentioned.

“Implement a modified taxation regime in the Income Tax Act by raising the current threshold on turnover from GHȼ200,000 to GHȼ500,000 for business income of self-employed individual persons”, he announced.

“There will be a review of VRFS by applying the standard VAT rate to all firms except retailers with turnover threshold of between GH¢200,000-GH¢500,000 where the VFRS will apply. The rationale is to address the inequities that domestic producers of local substitutes face vis-à-vis importers of similar products”, the Minister indicated.

“Government has reached agreements with some IPPs to convert power plants to tolling structures, switch to natural gas, as well as reduce tariffs. This is expected to result in considerable savings to the government and the nation over the remaining lifespan of the PPAs. These savings are expected to come from a combination of reduced capacity and energy charges across the portfolio,” Ofori-Atta said.

“We want to thank this august House for the continuous support we have been receiving over the years. We will count on you for approval and support to implement the budget for the transformation of our country. Mr. Speaker, I present to you the AGYENKWA Budget”, he announced.