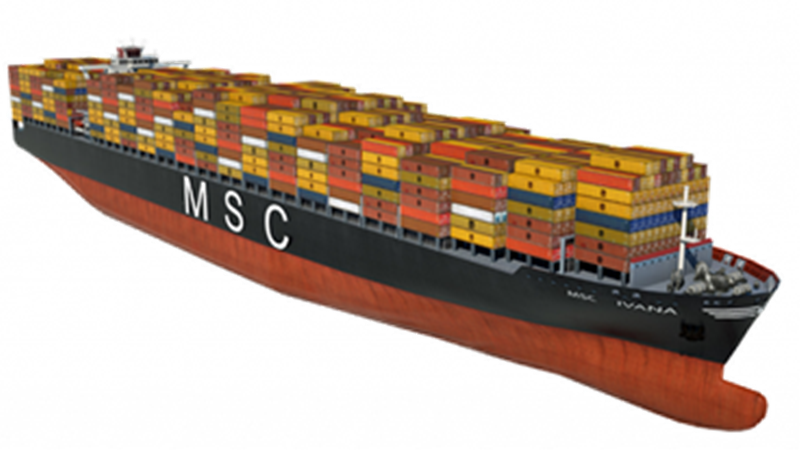 With this Meridian Port Service Ltd (MPS; GNBCC Member) reached a new level of container handling efficiency on such class of vessels which is the fruition of the shareholders’ investment in the Tema Port expansion project building a new infrastructure including larger and deeper harbour basin geared with the most modern gantry cranes and cutting-edge technologies coupled with continuous training and human resources development.

The total container throughput handled on/off the MSC IVANA was 3,233 TEUs preformed with 2,423 crane moves being 1,058 discharge moves and 1,365 load-out moves out of which 434 moves was to other ports which is creating the connectivity that MPS is nurturing.

The CEO of MPS, Mr. Mohamed Samara, remarked “It has been acknowledged by trade experts that one of the key factors for the realization of the vision of the Africa Continental Free Trade Area (AfCFTA), is the development of significant trade and transport infrastructure. MPS Terminal 3 is first amongst these infrastructures.”

With MPS Terminal 3 positing itself as an effective transhipment hub providing connectivity between the seaports of Africa and the hinterland markets.  Ghana through this will be in the lead in Africa for reducing to the barest minimum existing intra-continental trade connectivity barriers. This will boost economic development and fit the continent to harness all the diversified economic benefits inherent in the AfCFTA.