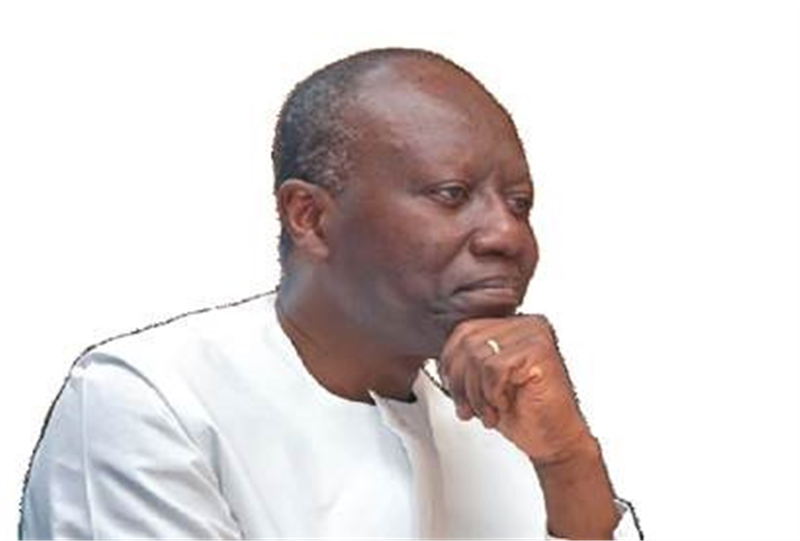 An international ratings agency, Fitch, has downgraded the country's long-term default rating to B negative over concerns that the economy faced increased risks in servicing its debts in the medium to long-term.

The agency cut the country's long-term foreign-currency issuer default rating (IDR) to 'B' negative from 'B' with negative outlook last week.

It blamed the development on the country's loss of access to international capital markets in the second half of last year, which meant that it would be unable to borrow from the International financial market this year.

Fitch, however, said in a statement issued on January 14 that the country would be able to meet its external debt service without relying on new borrowings in the international capital market.

"We forecast that Ghana will face approximately $2.7 billion, equivalent to 3.3 per cent of gross domestic product (GDP) in sovereign external interest service and amortisation payments in 2022. We believe that the government can meet its external debt servicing without market access, given its reserves, which we estimate at $7.9 billion at end-2021, equivalent to 3.2 months of current external payments." Reserves were bolstered by $3 billion in Eurobonds in the second quarter of 2021, which helped the government to meet its approximately $3.5 billion, equivalent to 4.7 of GDP, in sovereign external debt servicing costs last year, and by the $1 billion IMF special drawing rights (SDR) allocations,"the statement said.

Additionally, it said the country had sufficient liquidity and other available external financing options to cover near-term debt servicing without Eurobond issuance.

That notwithstanding, it said there existed a risk that non-resident investors in the local bond market could sell their holdings, particularly if confidence in the government's fiscal consolidation strategy further weakens, placing downward pressure on its reserves.

Turning its attention to the fiscal targets contained in the 2022 budget, the ratings agency said it believed the country would achieve moderate medium-term fiscal consolidation, although the government's forecasts were overly optimistic.

"We forecast the fiscal deficit will narrow by significantly less, to 9.5 per cent of GDP in 2022 and approximately eight per cent in 2023, as government revenue experiences a smaller increase. Ghana has struggled with earlier efforts to raise revenue/GDP and public finances were deteriorating even before the pandemic, albeit partly related to the clean-up in the financial and energy sector," it said.

It said the country's debt reached an estimated 83 per cent of GDP at end-2021 of which about two per cent of GDP of the debt was held through the Energy Sector Levy Act (ESLA) special purpose vehicle. It said the agency forecast government debt to remain on an upward path through 2025, but expected debt to grow at a slower pace as the primary deficit narrows in 2022 and 2023.

"Debt affordability metrics will remain weak. Ghana's debt constitutes 539 per cent of government revenue, compared with the 'B' median of 325 per cent."

"Interest payments were 44.6 per cent of revenue in 2020 and the ratio is likely to continue rising through 2023, assuming a rising share of domestic debt in total debt in the absence of external financing options," it added.

It said given the slow pace of private sector credit growth and the weak asset quality environment, the agency expected that the domestic lenders would be able to meet the government's increased reliance on domestic debt issuance.

"In 2020, the government placed GH¢10 billion, equivalent to 2.7 per cent of GDP with the Bank of Ghana as an emergency measure. This measure could be repeated in response to additional shocks, but would carry risks to macroeconomic stability," it noted.

For even more info please visit the source of the Fitch rating @ Fitch website: https://www.fitchratings.com/research/sovereigns/fitch-downgrades-ghana-to-b-outlook-negative-14-01-2022