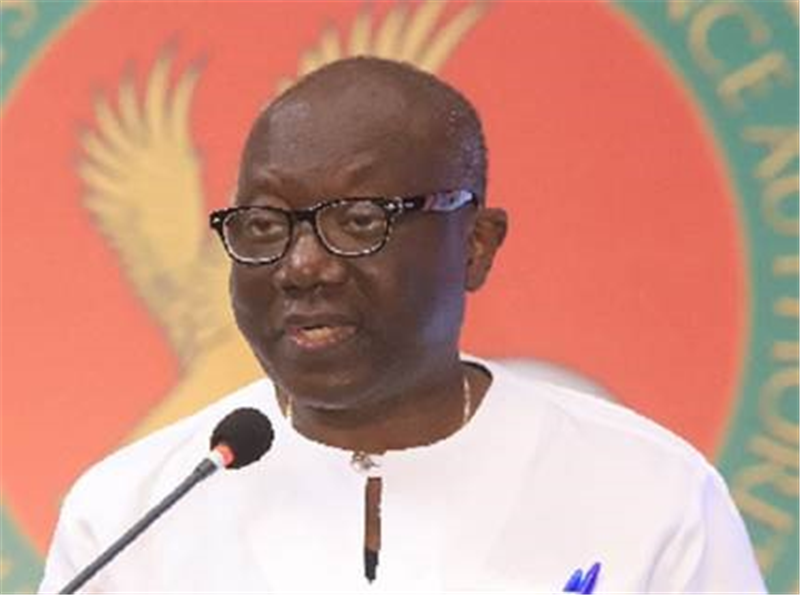 The government has said the country’s economic fundamentals are strong, and that measures are in place to achieve revenue targets for this year.

In a statement, the Ministry of Finance said the strength of the economy was hinged on growth in the third quarter of last year, the Ghana Revenue Authority (GRA) exceeding its revenue mobilisation target for the year and the country’s strong reserves position.

The GRA, which is mostly in charge of domestic revenue mobilisation, exceeded its target by GH¢265.39 million or 0.5 per cent.

Reacting to some media reports purporting that the economy is in distress, the Ministry of Finance said there were some serious factual errors in the publications, which might give investors some cause for concern if not corrected.

"For example, Bloomberg stated 81.5 per cent as end-of-year debt-to-Gross Domestic Product (GDP) ratio. This is incorrect. Our provisional nominal debt-to- GDP, as of the end of November 2021 was 78.4 per cent, which is the latest data available.

“December revenue collections are seasonally the largest for any year and it is unlikely that our financing requirements in December will result in us exceeding 80 per cent debt-to-GDP by December 2021," it said.

It noted that the financing of the additional COVID-19 related expenditures, in addition to revised revenue targets due to the impact of the pandemic, led to an increase in debt-to-GDP from 62.4 per cent in 2019 to 76.1 per cent in 2020.

The ministry, however, expressed confidence that the government would meet its 2022 revenue target of GH¢100.5 billion, riding on the back of the yet-to-be-approved E-Levy.

"The ministry will continue to monitor and adjust expenditures accordingly, as had been done successfully in the past, using the commitment control (including the quarterly allotment mechanism) tools at our disposal," it said.
Also, the government would continue to show leadership in the difficult post-COVID-19 era to build a sustainable, entrepreneurial nation, while ensuring that growth, job creation and fiscal consolidation were not compromised, in line with the President’s vision of a Ghana Beyond Aid, it added.

It said it believed that would be met, despite the global challenges that existed on the back of the COVID-19 pandemic and especially in emerging markets, with risks such as financial stress and sluggish progress on vaccination, as recently cited by the World Bank.

Eurobonds are sovereign debts secured from the international market, denominated usually in dollars.

Ghana issued its first Eurobond in 2007, with which it mobilised $750 million.

Between then and 2018, the government issued seven Eurobonds.

On Eurobonds, the ministry acknowledged that the current trading levels of the country’s instruments had widened (coupon or interest rates increased), but it did not believe that it was warranted nor reflected the strong underlying fundamentals of the Ghanaian economy.

It did not also reflect the country’s rapid rebound, post-COVID-19, as evidenced by the healthy GDP growth of 6.6 per cent for the third quarter alone and an average of 5.2 per cent for the first three quarters of last year.

"While the end-year growth target for 2021 has been revised to 4.4 per cent, high frequency indicators suggest a continued strong momentum in economic activity in quarter four," it said.

On international reserves, the Ministry of Finance said the economy did not face any imminent external imbalances or reserve shortfall.

“Like all emerging market countries with foreign investor participation in our domestic debt, Ghana is susceptible to a tighter United States monetary policy stance,” it said.

It explained that the reserves of over five times import cover were well above the internal target of four months and better than the average over the previous two decades.

It noted that foreign financing of the 2022 Budget of $1.5 billion was bolstered by the balance of special drawing rights (SDRs) of approximately $700 million from the International Monetary Fund (IMF).

"The balance can be financed through the use of alternate instruments, including term loans, bilateral and multilateral loan facilities, a tap-in of our domestic dollar bonds, among others.

"In December 2021, the Ministry of Finance issued a five-year domestic dollar bond at six per cent. These bonds are currently trading at a yield of 5.5 per cent on the local market," it said.