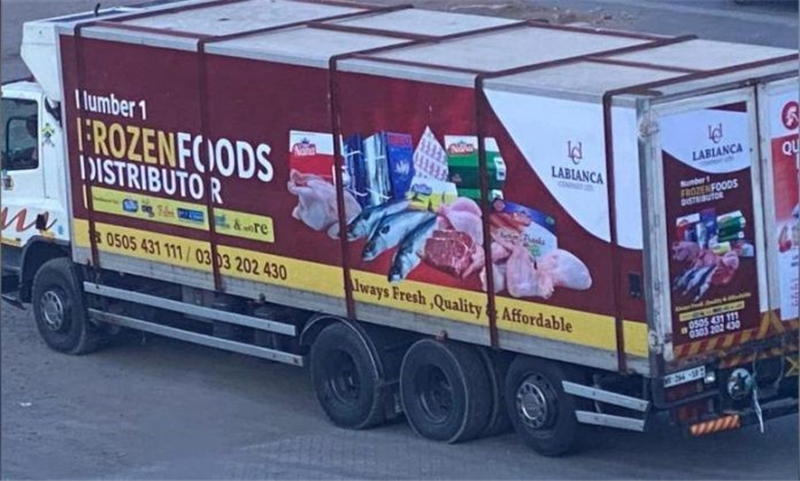 The council of State member whose company Labianca was in November last year (2021) petitioned to the special prosecutor for fraudulent acts at Tema Port is currently been investigated. A publication sighted by this online portal in the Netherlands on tubantia.nl/Haaksbergen has the following details:

Wegdam Food Link in Haaksbergen is suspected of fraud with chicken meat. The criminal investigation department of the Dutch Food and Consumer Product Safety Authority raided the company on Tuesday afternoon. Three men were arrested.

During the raid, the Intelligence and Investigation Service (IOD) of the NVWA searched two business premises and two homes. This happened in an ongoing investigation into suspected fraud with documents, in the export of chicken meat, among other things.

Detectives confiscated the business records. At the same time, searches also took place in Belgium and Spain, at three companies that may cooperate with Wegdam. The arrested suspects have all been arrested in the Netherlands.

The suspicion is that Wegdam, among other things, turns frozen chicken meat on paper into other products, such as fish. This is then exported to countries in Africa. In order to be able to do that, the NVWA suspects, the company is cheating with official veterinary certificates and loading slips.

Wegdam is also suspected of using sham constructions in some shipments to make the fraud possible. The financial benefit of the fraud ends up directly with the recipient of the products. According to the NVWA, it pays up to 70 percent less import duties in the country of destination.

For the fraudster, there is the advantage that this turnover is retained and – as the NVWA says – customers retained. “By defrauding documents, the Dutch company is doing a favour to its customers abroad. As a result, the company may be able to export more than companies that comply with the rules.”

How the investigation service came to the suspicion of fraud, a spokesman does not want to say. “That investigation is still ongoing,” he says. He confirms that the study also looks at the financial benefit that has been achieved.

At Wegdam, located in a monumental building on the Parallelweg, no one could be reached for comment on Tuesday afternoon. The company’s office is closed.

The NVWA says that this form of fraud is a risk to food safety. “If something turns out to be wrong with a food, it must be possible to find out where the product came from and to whom it was delivered. This so-called tracing is not possible if, for example, chicken meat is changed to fish on official documents,” the NVWA said in a statement.