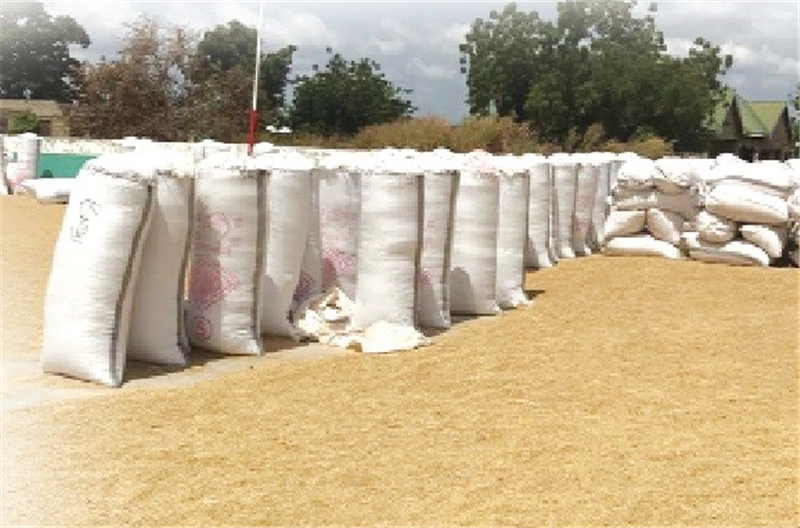 Three farmer-based associations in the rice production sector have raised concern over the negative impact the suspension of the reversal of the benchmark policy will have on the industry.

They said about 300,000 people directly and indirectly engaged in the local rice value chain in the country stood the risk of losing their livelihoods if the benchmark discount policy was not implemented by the government as planned.

According to the Rice Millers Association, the Peasant Farmers Association of Ghana (PFAG) and the General Agriculture Workers Union of Ghana (GAWU), the decision to suspend the implementation of the policy would have serious consequences on the survival of the local rice industry and called on the government to urgently reconsider its decision.

Currently, the markets are flooded with imported rice because importers are benefitting from lower import duties due to the 50 per cent benchmark discount policy, resulting in the lack of a ready market for local rice.

For now, the only available market for rice millers was the school feeding programme, which is bedevilled by delayed payments, making it an unattractive market for the farmers, according to some farmers.

Checks by the Daily Graphic indicate that about 100,000 metric tonnes of local rice produced by farmers across the country in 2021 are packed, with no ready market for the commodity, as consumers preferred imported rice because it is cheaper.

While a five-kilogramme bag of imported rice costs between GH¢28 and GH¢35, the same quantity of local rice goes for GH¢40, at least.

Checks at the Tamale Central Market show that a 100-kg bag of paddy rice is sold as low as GH¢140. Even with this price, there is no ready market for it.

The farmers are currently producing at a loss due to the high cost of production and lack of a ready market.

In 2019, the government introduced the benchmark policy, in accordance with the World Customs Organisation’s policy of regular review of valuation database.

Under the policy, certain commodities are benchmarked to the prevailing world prices as a risk management tool to reflect the true market dynamics of those commodities.

It also takes into consideration factors such as protection of health, the environment, security, as well as the protection of local industries.

At the beginning of this year, the government announced a reversal of 50 per cent benchmark value on some items that are imported into the country, but suspended the policy after agitation by the Ghana Union of Traders Associations (GUTA).

On January 13, 2022, the Ghana Revenue Authority (GRA) issued a communiqué, citing a directive from the Office of the President for the indefinite suspension of the implementation of the policy.

The impact on rice millers in 2019 after the announcement of the benchmark policy was devastating because prices of imported rice in Ghana went down by some 20 per cent, forcing local rice millers to take a 15 to 20 per cent price hit, thereby eroding their margin that year.

There was no respite for farmers and millers in the face of the economic impact, even after they had expressed their concerns to the government over the imminent threat to their businesses.

The Head of Programmes and Advocacy of the PFAG, Dr Charles Nyaaba, said the relatively low cost of imported rice was partly as a result of the 50 per cent discount enjoyed by rice importers and partly due to the dumping strategies from the exporting countries.

He was of the view that local farmers had the potential to produce and sell at prices lower than imported rice if the government implemented the benchmark policy on rice and supported the farmers with subsidised inputs.

“About five foreign companies are doing the major importation; they bring the rice from countries such as Thailand that give zero per cent import duties on rice, and when they come here they enjoy discount again.

“This is unfair treatment of the local industry and the government must do something about it,” he said.

Dr Nyaaba expressed fear over a looming food shortage in the country if nothing was done to provide a ready market for local rice to enable rice farmers to return to the farms in the coming season.

The Chairman of the Mechanised Agriculture Services Providers Association, Mr Salifu Abdul, also told the Daily Graphic that most of the rice farmers might not be able to cultivate rice in the next season because they were not getting market for their produce.

“As we speak now, we have large quantities of paddy rice lying down, but no market because cheap imported rice has flooded the local market.

“Some rice millers are unable to purchase to run their mills because farmers are not also ready to sell their raw rice at a cheaper price,” he noted.

“We are really suffering because we have the produce, but nobody wants to buy, but we need money to start preparing the land for farming for the new season,” a farmer at Dalun in the Kumbungu District, Mr Alhassan Salifu, who has about 200 bags of paddy rice, lamented.

He, therefore, called on the government to as a matter of urgency, reconsider its decision to suspend the implementation of the policy.

Dr Nyaaba argued that the benefits that came with the implementation of the policy was not only limited to increase in revenue for the government but also the fulfilment of the government’s own agenda of making Ghana self-sufficient in food production, especially rice production, by 2024.

“The reversal of the policy will also increase the competitiveness of the Ghana rice industry, create jobs and position Ghanaian farmers and millers to be able to participate in the African Continental Free Trade Area (AfCFTA) as exporters of rice,” he added.

He said the decision to suspend the implementation of the policy had serious consequences for the survival of the local rice industry and called on the government to urgently reconsider its decision.

Dr Nyaaba urged the government to take a cue from neighbours, Nigeria, which took the initiative to ban imported rice and “now the country is reaping a booming business in the local rice industry”.

The government, through the Ministry of Food and Agriculture, has set a reviewed target to make Ghana self-sufficient in rice production by 2024, from an original target of 2022.

The one million metric tonnes of milled rice that are targeted to be produced will create over 500,000 jobs and generate foreign exchange of $500 million for the country.