Introducing Yaw Pare's beautiful book: REMNANTS OF A HAUNTED PAST: Forts and Castles of Ghana 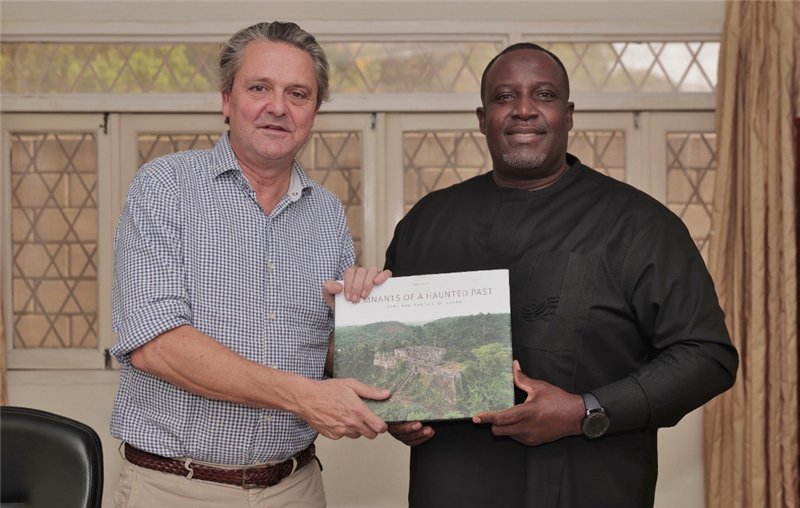 Mr Yaw Pare, a great photographer artist visited the GNBCC Office where he handed over a copy of his new book: "Remnants of a haunted past: Forts and Castles of Ghana" to GNBCC’s GM Tjalling Wiarda (see pic). GNBCC Members and others who are interested in this beautiful coffee table book, please visit the website of Yaw Pare to order a copy: www.yawpareimages.com.

This book is the result of a project which took 2 years in which he photographed all Forts and Castles from Fort Prinzenstein in Keta in the East to Fort Appolonia in Beyin in the West. Including of course Elmina Castle.

Below the article taken from the City News Room