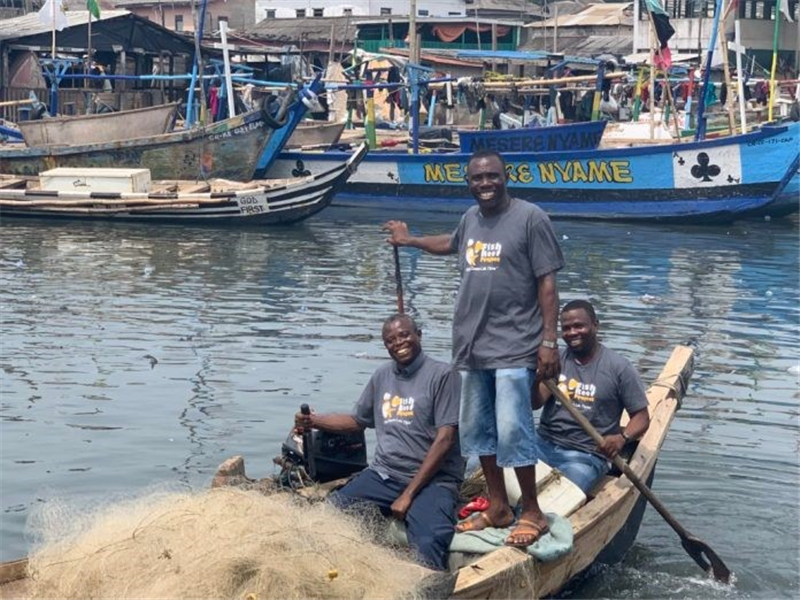 A recent study by the Environmental Justice Foundation (EJF) of 107 fishers from five fishing communities in the Central Region suggests that artisanal fishers are having increasing encounters with industrial trawlers during their fishing expeditions, as the latter have been intruding into the fishing boundaries of canoe fishers – with the situation generating conflicts at sea.

The EJF, a non-governmental organisation promoting sustainable fisheries as part of its functions, said the majority of fishers – 73.8 percent – reported increased encounters, sightings, interactions and, most often, conflicts with industrial trawlers compared to five years ago.

The study, which was published in November 2021, indicated that 92.5 percent of canoe fishers had encountered industrial trawlers in their fishing grounds during the last 12-month period, with 81.3 percent of fishers reporting multiple encounters of this nature – many of which have contributed to altercations and dramatic conflicts on the ocean.

This phenomenon, the EJF believes, is not endemic to the Central Region alone, but is widespread among fishers in the country’s coastal communities.

Per the study, 70.1 percent of fishers reported that industrial trawlers had damaged their fishing gear – including nets, canoes and outboard motors – over the preceding 12-month period: with some fishers reporting threats of death and abuse when trying to approach trawlers fishing within the Inshore Exclusion Zones (IEZ) – a territory exclusively reserved for artisanal fishers.

In all, just about 14 percent of cases led to canoe fishers being able to obtain compensation for damaged fishing gear – which was in all cases insufficient to cover the full cost of damage suffered, the EJF indicated.

These reports are consistent with the findings of a baseline study carried out by the European Union (EU) in Ghana – wherein over 80 percent of canoe fishers in the survey reported sightings of industrial trawl vessels during their expeditions, with an average of 10 incidents of net destruction per canoe in 2016 alone.

The EJF in the report maintained that increased encounters between small-scale fishers and industrial trawlers may be indicative of increased illegal incursions into the IEZ. The organisation indeed indicated that the actual number of incursions may be higher, as vessels may go dark (switch of their AIS transmission) to avoid detection when engaging in illicit behaviour.

“Reports of IEZ incursions from fishers should however be considered with caution, as a lack of clarity regarding Ghana’s IEZ boundary has created confusion among fishers and led to erroneous reports of trawlers operating within the IEZ,” the EJF noted.

Current legislation on the IEZ

Ghana’s 2002 Fisheries Act (625) designates the area of water between the coastline and 30-metre isobath – or the six nautical mile offshore limit, whichever is farther – as the Inshore Exclusion Zone (IEZ) reserved for small-scale fishers. The Act provides that this zone shall be used exclusively by small semi-industrial vessels, canoes and recreational vessels.

The Ghanaian legal framework is relatively unique in its delineation of the IEZ, combining a measure of depth and distance from shore. Generally, coastal states use an offshore limit in nautical miles without providing an isobaths equivalent.

Lack of clarity as to the precise location of the boundary

However, the result in Ghana is a highly uneven IEZ boundary that stretches to around 10-12 nautical miles offshore in some areas of the Central Region, but closer to six nautical miles in the Western and Volta Regions. This has created challenges in enforcing the IEZ, with no official, harmonised map of the boundary in use by government, civil society and industry.