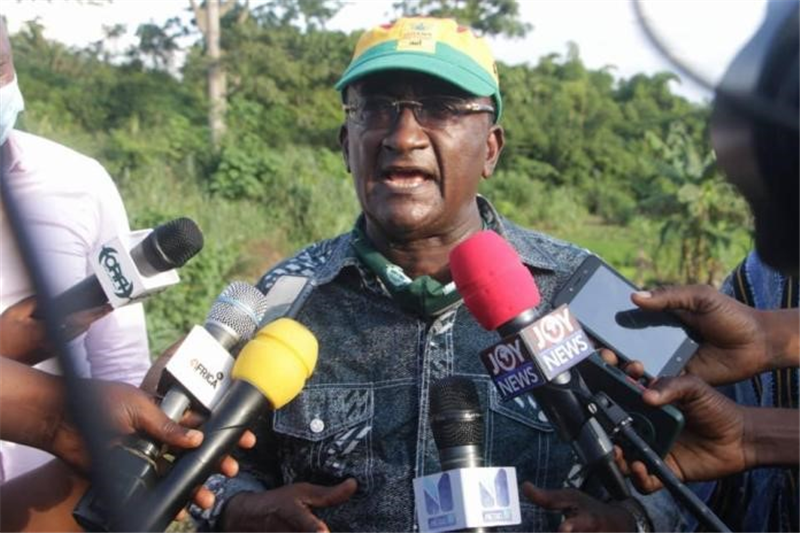 Subsidy on inputs under government’s flagship ‘Planting for Food and Jobs’ (PFJ) programme has been cut further for the upcoming 2022 crop season, a document available to the B&FT from the Agriculture Ministry has indicated.

The decline in subsidies by government will expectedly impose an extra financial burden on smallholder farmers across the country, who are already battling the phenomenon of difficulty in purchasing necessary farm inputs for production

The intention to further cut the existing subsidy of 38 percent to 15 percent for chemical fertilisers, and reducing the 40 percent subsidy on organic fertilisers to 25 percent in the upcoming 2022 crop season, has sparked worry and uncertainty among peasant and smallholder farmers under the programme.

The development means that in the 2022 season, government will pay only GH¢29 out of GH¢189 being the cost of a 25kg bag of NPK fertiliser. The rest of the GH¢160 cost will be borne by farmers under the PFJ.

Meanwhile, government is targetting more than 1.5 million farmers under the PFJ this year.

But the Peasant Farmers Association of Ghana (PFAG), speaking on the current development, holds the view that this occurrence will have a dire effect on the cost of food by consumers.

“The further cut in subsidies mean one thing – the cost of production will go high, which will then affect the price of foodstuffs on the market,” Dr. Charles Nyaaba, Head of Programmes and Advocacy at the Peasant Farmers Association (PFAG), told the B&FT.

“As it stands, smallholder farmers have no choice but to cope with the growing trend of being faced with a subsidy-cut every crop season,” he said.

The phenomenon, he said, can also affect the quantity of inputs needed by farmers to produce on a large scale.

Since the PFJ’s inception in 2017, MoFA has reduced subsidies on fertilisers from 50 percent in the last five years to 38 percent for chemical fertilisers, and 40 percent for organic fertilisers in the 2021 crop season. These occurrences have led many stakeholders to question whether the programme is reaching an anti-climax.

In 2020, MoFA under the PFJ procured and distributed 364,233 metric tonnes of organic and inorganic fertilisers to 1.2 million farmers at 50 percent subsidy.