Ghana: A Nation of Tax Thieves? 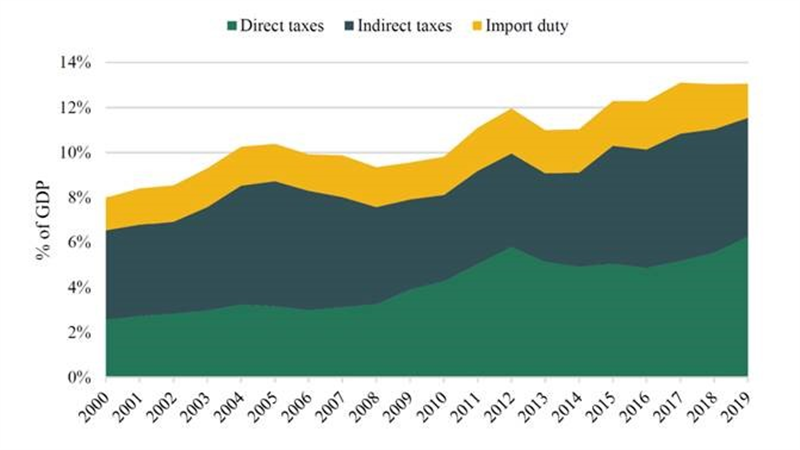 The recent debate over the proposed e-levy tax has put the spotlight very intensely on the subject of taxpaying attitudes in Ghana.

Ghanaian politicians regularly chastise their fellow citizens for being entitled windbags who complain constantly about every minute failing of the government in providing services and amenities. Lamentably, in the view of the politicians, these same Ghanaians slink down their holes when asked to pay their fair share of tax for the government to obtain the resources needed to meet all their noisy demands.

One former Minister is categorical: Ghanaians just don’t like paying taxes. An activist of the ruling party implicates “dirty politicking” in this attitude of rampant tax dislike and evasion. According to the country’s serving Finance Minister, only 8.2% of working Ghanaians pay tax.

As far as some politicians would have it, a vast proportion of the population is literally made up of “tax thieves” blatantly stealing from the state that which morally and legally belongs to it.

Yet many Ghanaians disagree with the politicians about this alleged aversion to tax.

72% of the country’s residents tell AfroBarometer (2019) that they will gladly pay more tax to support the government to deliver on its mandate.

Ghanaians express a far greater willingness to back Government’s tax-levying power than citizens of most other African countries according to AfroBarometer surveys. Even if 10 years of watching politicians pour money down the drain has dampened that enthusiasm a bit (from 90% down to 79%).

Of course, there is no country on Earth where more vigilance and diligence in tax collection would not yield more government revenue.

Even in fabulously high-solidarity and egalitarian Scandinavia, Matthew Yglesias estimates that the top 1% of income earners (i.e. rich people) evade 30% of true tax due.

Every government therefore can be expected to try to do more to prevent tax evasion and to minimise unethical tax avoidance. Where we have a problem is when attempts are made to suggest that the situation in Ghana with regard to taxation is particularly dire because Ghanaians are exceptionally unscrupulous and anti-tax. I disagree simply for the reason that the data simply doesn’t support the claims.

Seriously the Finance Minister ought to fire some of his research assistants. Throughout this e-levy debate, they have failed to furnish him with sound data and advice. The claim, made in the international press no less, that only 8.2% of working Ghanaians pay tax is extremely distressing. There is no grounding in fact for this belief.

According to the Ghana Revenue Authority, which reports to the Finance Ministry, 6.6 million Ghanaians file taxes. Based on the provisional results of the latest census in Ghana (2020, postponed to 2021), the true labour force (economically active citizens) of Ghana is just a little under ten million. Thus, depending on whom you believe, the number of tax paying individuals is either a high of 57% of the population (not adjusting for the “economically active but currently unemployed” to allow for easier subsequent comparisons across countries), according to the Tax Authorities. Even if we were to use the Finance Ministry’s own curious compliance data, the resulting figure would be 20.5%. Not 8.2%.

The Finance Ministry does have a point, however, when it complains that the amount of money made in the economy that goes to the government (approximated by the metric known as “tax revenue/GDP”) is smaller than in more developed countries around the world. I have addressed that issue more fully here.

There are many caveats to bear in mind when comparing how much other governments are able to squeeze out of their economy, compared to Ghana’s, however.

First, the historical evidence does not suggest that the government is able to squeeze more out of the economy when Ghanaians suddenly become upright and scrupulous in between epochs in history. It suggests, rather, that how much government takes in taxes reflects shifts in the relation between the state and business.

In the 1960s when the state run large parts of the economy, and the private sector was young, it was natural for the citizens to pay less tax. As Ghana liberalised, and private sector activity grew, more tax was paid. Then the Acheampong government came in and nationalised large swathes of the economy (for example, the government took 55% in major mines and factories hitherto majority owned by the private sector). State-control took the tax-to-GDP ratio to its lowest in 1981 – 1982, in the heat of the last attempt at a socialist revolution. Tax to GDP continued to climb as the emphasis shifted to private sector empowerment, until the discovery of Eurobonds in 2007, the onset of oil production in 2010, and the start of the gold and cocoa bull super-cycle (in both price and production terms) that is still underway.

Click here for source and the rest of the article