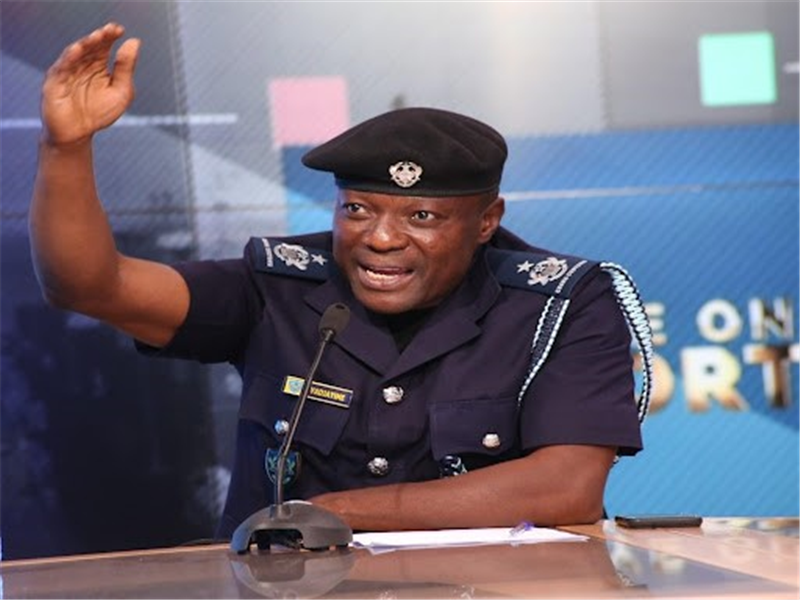 A supervisor at the Vehicle Valuation Unit at the Customs Technical Services Bureau (CTSB) of the Customs Division of the Ghana Revenue Authority (GRA), Justice Yadjayime has debunked assertions that the customs auction process is shrouded in secrecy.

Discussing the Evolution of the Customs Auction Regime in Ghana on Eye on Port, the Customs Official stated that the auction regime follows a transparent standard operating procedure.

This follows the call for transparency and fairness to be exercised within the auction process by the Chairman of the Tema Chapter of the Ghana Institute of Freight Forwarders, Forwarder Johnny Mantey and the Acting President of the Customs Brokers Association, Ghana, Nana Fredua Agyemang Ofori-Atta.

They remained adamant that the ongoing operations of a certain syndicate circumvent the proper auction process, and this has caused confusion among importers and agents at the nation’s ports.

The Acting President of CUBAG, Nana Fredua Agyemang Ofori-Atta said, “notwithstanding the existence of the SOPs mentioned by Customs, there are a lot of underhand dealings that occur in this area. People come in the name of all forms of institutions, like National Security, with letters and claim such entities have allowed them to take certain things. There are too many of them.”

Forwarder Jonny Mantey, the Chairman of the Tema Chapter of GIFF added, “what we want is some clarity within the space. If I have paid and granted restoration of my cargo, what are the processes to go through to redeem my cargo. What is in the law, Act 891, is not what pertains today on the ground. So, it is important we look at this matter critically to ensure that people who have no business in the port do not come near overstayed cargoes. There are occasions where one is granted restoration by customs, but upon arrival in the port, the container is not there. This suggests there was an allocation that was done without customs knowing. How do we fix this puzzle?”

Mr. Ofori-Atta said the alleged “cabal” have mastered the art of fishing out high value goods among the goods, and right at the end of the 14-day grace period for clearance, they are able to mysteriously gain access to such uncleared cargoes, and he suspects they are enabled by state actors.

“There are even instances where the importers have managed to pay for the duty at the last minute and are in the process to find funds to pay for the accrued rent, but before they realize, the containers are no way to be found,” he cited.

Mr. Mantey however said he does not particularly place the blame at the doorstep of customs because “where cargo is gazetted and allocated is not by customs specifically, but a committee somewhere. Today if you go to the port, customs are being pulled left and right by people who have paid duties expecting the first owner privilege, and yet do not get their cargoes.”

The Customs Official on the other hand, explained that allocations of uncleared cargoes are permissible by law.

Mr. Yadjayime said, “if you look at the Customs Act 891, Section 93, it empowers the Commissioner or Commissioner-General to use auctions or dispose of with any other method including the allocation.”

The Supervisor at the Vehicle Valuation Unit at CTSB, noted however that, “if there are perishable goods, they can be given out at any time. Perishable goods do not through the normal processes for auctions.”

He, therefore, urged importers and their agents to get accustomed to the customs laws pertaining to auctions