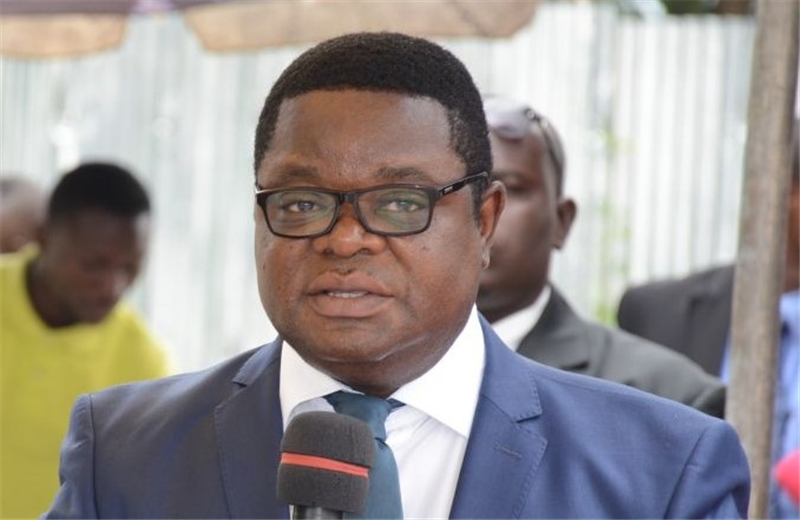 The Institute of Statistical Social and Economic Research (ISSER) has stated that the 1.5 Electronic Transaction Levy (E-Levy) is punitive.

The institution, a research unit of the University of Ghana, has therefore called on the government to consider a downward adjustment to between 0.5 per cent and 0.75 per cent.

That, the Director of the institute, Professor Peter Quartey, said, would help attract more people to use the service and enable the government to reap the full benefits of digital financial inclusion.

At the 2022 ISSER Road Show at the University of Education, Winneba (UEW), the think tank held that although the E-Levy charge was to satisfy government’s demand for additional revenue, the tax rate was punitive, and that starting with a lower rate would have encouraged more people to buy into the concept.

Prof. Quartey was speaking on the topic: "Harnessing stakeholder engagement and feedback for research impact”.

The economist expressed the fear that with the current rate, the government's goal of mobilising about GH¢4.1 billion would be missed as more people would avoid using the platform but instead use alternative methods to avoid paying the tax.

"The 1.5 per cent E-transaction levy rate is punitive and should be revised downwards to between 0.5 per cent and 0.75 per cent to allow more people to use the service and avoid eroding the gains made in digital financial inclusion,” he said.

He pointed out that the levy at its current rate was likely to influence E-business and other digital businesses, which may have a disproportionate impact on cost of living.

Prof. Quartey explained that all the countries that had attempted the E-Levy had not gone beyond one per cent but the country decided to start off with 1.5 per cent.

"Even though it is not bad, there should have been thorough sensitisation to curb the misconception before rolling it out," he added.

Prof. Quartey pointed out that the country had suffered significant setbacks as a result of the global turmoil, sparked by the COVID-19 outbreak and the recent Russia-Ukraine conflict, and that the government would need to set long-term goals to stabilise the economy and make it more shock-resistant.

The Director of ISSER called on the government to realign and assess policies in order to find solutions to the socio-economic challenges impacting lives and livelihoods.

The economist emphasised that the government should consider evaluating flagship programmes to ensure value for money.

Prof. Quartey also advocated the widening of the tax base and increasing revenue mobilisation through digitisation as other remedial measures for economic recovery.

He also called for higher investment in the agricultural value chain and improvement in the value of export commodities.

Concerning youth employment, the director of ISSER recommended that the government took steps to coordinate with the private sector to absorb a larger proportion of the population.

He expressed the belief that collaborating with the private sector to transition the Nation Builders Corps (NABCO) to YouStart would be more effective.

Prof. Quartey stated that eliminating road tolls completely was ineffective and that the government could have improved the tollbooths to meet demands as well as address the traffic congestion at some tollbooths.

He urged the government to reinstate the tolls, stressing that they could be transformed into an e-pass to help alleviate traffic congestion.

"Addressing the usual congestion at toll gates can be improved through efficient e-pass system as is being practised in Ghana and in the sub-region."
Prof. Quartey reiterated ISSER’s call for the collection of property taxes, stating that given the huge mansions in urban areas, the tax could be a significant source of revenue, but it was rarely collected.

An Associate Professor of Medical Sociology and Public Health at ISSER, Prof. Yaa Adobea Owusu, in her presentation stated that corruption was on the rise and that reducing it to the barest minimum would require collective and critical efforts.

She urged that the media, civil society organisations and citizens be empowered so that their combined efforts could be harnessed to effectively combat corruption.

The Pro-Vice-Chancellor of the UEW, Prof. Andy Ofori-Birikorang, who chaired the forum, urged policymakers and academics to continue working together to provide satisfactory answers to socioeconomic issues.