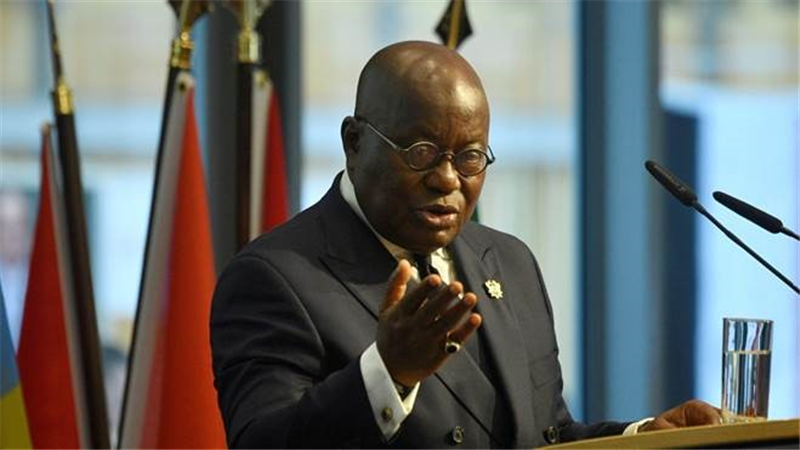 President Nana Addo Dankwa Akufo-Addo has made a clarion call to African countries to increase trade within the continent for them to stand on their own feet.

That, he said, was in view of the current derangement of the global commodities market, supply chains and logistics occasioned by the Russia-Ukraine crisis which had culminated in fertiliser shortages around the globe.

He said the situation could affect maize and soya production in African countries, including Ghana, and had “greater shocks” in Ghana’s poultry industry.

President Akufo-Addo made the call when he opened the 22nd Academy of African Business and Development Conference at the University of Professional Studies, Accra (UPSA) yesterday.

The five-day international conference, which has attracted experts, leaders and personalities from academia, the private sector, the public sector and industry, is on the theme: “Sustainable Development Beyond Aid: The focus for Africa”.

The conference conferred a continental honour on President Akufo-Addo for his keen interest, commitment and dedication to the realisation of the African Continental Free Trade Area (AfCFTA) arrangement.

President Akufo-Addo explained that the shocks African nations were experiencing as a result of the COVID-19 pandemic and the Russian invasion of Ukraine might have been less if Africa had shifted focus from dependence on aid to production, productivity, intra-continental trade and exports instead of imports.

He noted that African countries needed to build on their strengths and hold one another up, as that could lead to organic growth and thereby develop the continent.

He indicated that research had shown that countries or groups of countries with the largest share of world trade were those located within regions with the highest share of intra-regional trade.

The President bemoaned the low trade among African nations, compared to other parts of the world, and referred to the year 2000 when inter-regional trade accounted for 10 per cent of Africa's total trade, which increased to 16 per cent in 2015.

President Akufo-Addo clarified that his call for a Ghana, and by extension Africa, “Beyond Aid” did not mean that aid no longer had a place in Africa or what aid had done should be disregarded, nor that advanced countries should cease honouring their aid commitments to African countries or Africa should turn its back on investments from outside.

He explained that the concept of Africa Beyond Aid was about acknowledging that Africa must develop in a sustainable manner, recognise that it must take responsibility for its own sustainable growth, while perceiving fellow African countries as key stakeholders in its own development.

The President indicated that in 2020, Africa imported $4 billion worth of agricultural produce from Russia, 90 per cent of it being wheat and six per cent sunflower oil.

“What stops an African country such as Ghana from producing and consuming its own tropical oils such as palm and coconut oil and trading them with Morocco, which produces wheat?” he asked, stressing that “Africa can and should be self-sufficient”.

“None of these imports, ironically, is from African countries. South Africa imports almost $1 billion worth of wheat, rice, frozen meat products and corn per annum, none of which is from any African country,” the President stated.

He described AfCFTA as “a powerful lever for the transformation of Africa's economies and food systems” because it linked 54 markets, covering 1.2 billion people, with a combined Gross Domestic Product (GDP) of about $3 trillion into a single market.

He urged Africans to take advantage of the historic opportunity AfCFTA presented, such as the provision of both the impetus and the catalyst needed for sustainable development.

Turning his attention to the experts, the President urged the participants to help the continent reach the goal of an Africa Beyond Aid by focusing on the International Monetary Fund’s (IMF's) unprecedented Special Drawing Rights (SDR) reallocation, for which Africa shared about $33 billion, far less than the $100 billion promised in the 2019 Paris Summit.

The amount, he explained, was intended to provide additional financial resources to address the vast and surging inequities the COVID-19 pandemic had revealed.

President Akufo-Addo also urged the participants to articulate policies that would help strengthen African financial institutions, such as the African Development Bank, the Africa Export-Import Bank (AFREXIMBANK) and the Africa Finance Corporation (AFC), to enable them to take greater responsibility over financing Africa’s development.

He also charged them to advance for debt cancellation for African countries to provide a sound foundation for our future progress.

The Vice-Chancellor of the UPSA, Prof. Abednego Feehi Okoe Amartey, for his part, explained that Ghana Beyond Aid was a national, non-partisan call to effectively harness all resources and deploy them efficiently for rapid economic and social transformation.

He said Ghana Beyond Aid presupposed that there was the need for a renewal of mindset and resolve to break the cycle of dependency on the donor community.

Prof. Amartey said the central theme of the conference was that the continent must scale-up all interventions in order to be self-reliant.