Corruption is a problem of law and leadership – Prof. Stephen Adei 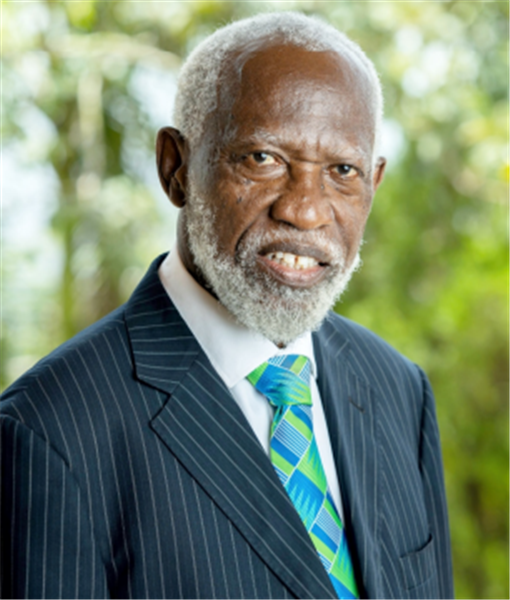 Ghanaian educationist, writer and economist Professor Stephen Adei has said corruption is pervasive in emerging and transition nations – not because their people are different from people elsewhere, but because conditions such as nature of the law and leadership are ripe for it. Ghana the country loses over US$4billion annually to corruption, an outcome of failure on the part of leaders.

In an exclusive interview with the B&FT, Professor Adei pointed out that corruption persists particularly in Ghana since the legislation and leadership allow for it, which requires attention.

“The day we have a president who is willing to deal surgically with corruption – within a year, corruption will plummet to the point where you will wonder if you are in the same nation. That is why I am well-known globally for the statement that ‘leadership is a cause, and everything else is effect’. It doesn’t mean that the leader himself may be all that corrupt, but he has all the tools to deal with corruption.

“They have, however, almost all become slaves to their political party. When a president declares that he is unconcerned about his party and will eliminate corruption, he will become a hero in Ghana within two years. Therefore, corruption is a leadership issue,” he explained.

He encouraged the use of practical approaches to close loopholes and limit the chances of corruption.

“We have to reduce the opportunities for corruption.  Let me give you an example. We implemented Integrated Customs Management Systems (ICUMS) at the ports, and both the NDC and NPP as well as others were opposing it. So, we introduced it in June 2020 – and from that day we started getting an extra GH¢300million a month.

“The explanation for this is that the chances of corruption have considerably decreased. It is so painful and worrying that people would prefer getting GH¢10billion for Ghana to lose GH¢100billion.  When I was a young, I did some statistics and it required 52 steps to clear a good in Tema Habour. When I went to Namibia it required only three steps; so when the leader is not corrupt but is prepared to deal with party cronies, then we can put in systems to block those loopholes,” he said.

Professor Adei feels that the laws against corruption should be modified, since they are not helping the country cope with the problem in their current shape.

“The third alternative is that if you are found in an act of corruption, you should be prosecuted quickly and effectively. A minor adjustment in the legislation is all that is required; but our parliamentarians do not want to amend the law because they are potentially corrupt.

“We are following the British system whereby you are not guilty unless proven; but in corruption the giver and the receiver under our law are both criminals, so how can we catch them? If you extort money from me and I go and tell, I am a criminal and you are a criminal. In Singapore you have to prove the source of your wealth, but our people will not do it. Why? Because, consistently, the Executives and Parliamentarians are the most corrupt, followed by the Police and the Judiciary,” he said.