Parliament is broke, Finance Ministry is not releasing funds to us - Speaker Bagbin 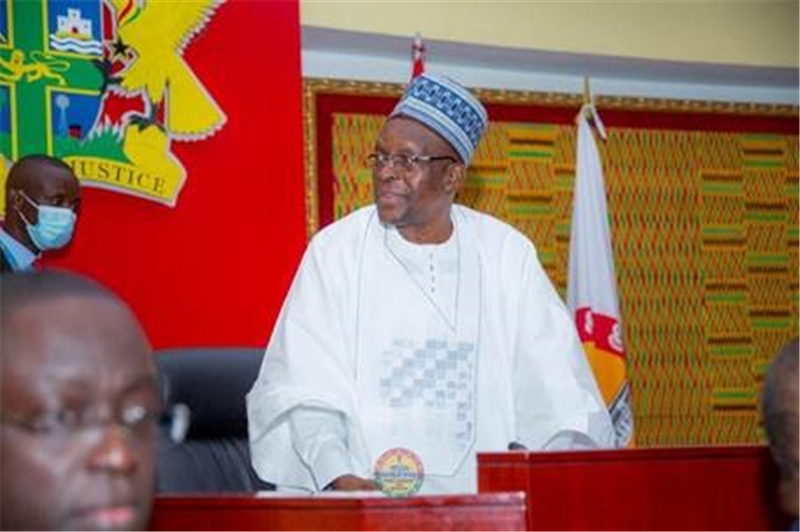 Parliament is broke, with no money to run the business of the House, the Speaker, Alban Kingsford Sumana Bagbin, has said.

He attributed the development to the delay by the Ministry of Finance to release the needed funds to Parliament.

"Parliament is currently being run on arrears and the House should not be treated like one of the ministries, departments and agencies (MDAs)," he said.

Mr Bagbin made this known in Parliament yesterday [May 26,2022]  when some members of the Minority caucus complained about the unavailability of copies of the Annual Report on the staffing position of the Office of the President for the period January to December 2021.

The report was laid in Parliament last Wednesday for members to peruse, but copies were yet to be distributed to them.

Mr Bagbin, in his submission, said Parliament was an arm of government and must be treated as such.

“If they want Parliament to run around, they should let us know,” he said.

Expatiating on the situation, the Speaker said inadequate funding was affecting the business of the House and urged members not to blame him for the difficulty in getting the work of Parliament done smoothly.

“The Speaker is not ready and prepared to be blamed for the inability to get the parliamentary business going on just because we are not getting the necessary funding,” he posited.

He further indicated that Parliament had been written to reduce its budget, in some areas by 50 per cent.

Commenting on the concern raised by the Speaker, the Majority Chief Whip and Member of Parliament for Nsawam-Adoagyiri, Frank Annoh-Dompreh, said the government was doing everything possible to ensure that Parliament and other state institutions received the needed funds to operate.

“In terms of the numbers and arrears we are all having, the Speaker is speaking on our behalf and so I identify with him,” he said.

“Mr Speaker, you know on any day I will do your bidding in things like this that will go a long way to promote the welfare of Parliament as an arm of government,” he added.

Mr Annoh-Dompreh, however, emphasised the need for the House to appreciate the government’s attitude to engage, adding that “several times we have engaged at that high level”.

“Mr Speaker, not to belabour the point, I want to assure you that we will do the needful and everything and anything within our means to engage further and ensure that ultimately we will be able to resolve these matters,” he said.

Mr Annoh-Dompreh said there were some statutory payments that had been outstanding for a while.

“The refreshing news is that the Finance Ministry is just about making payment in terms of the NHIA, the GETFund and the District Assemblies Common Fund to ensure that we ultimately deal with the arrears,” he said.