Not so favourite airline 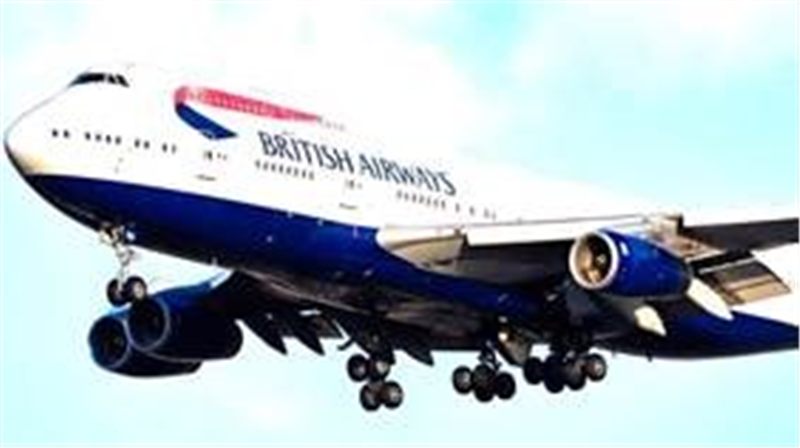 I am their passenger who preaches the BA gospel loudly and gets people to fly them and sign up to their Frequent Flyer programme, the Executive Club.

In the past two years though, I have had reason to doubt my own judgement as to what makes them my favourite. First, there was my late Dad’s ticket, purchased in September 2019, which was not used and after his death in April 2020, I had to go through unbelievable contortions to get a refund which only came on June 8, 2022, almost three years later. During the chase for the refund, BA employed every subterfuge in the book to avoid making the refund.

Then there was my own ticket from the same period which they had downgraded from First Class to Business because they had changed aircraft, for which I had been chasing them from September 2020. Again, every subterfuge was used; they said they had already refunded it; then they claimed the money had been wired; weeks later, they said they were working on it. They probably thought they would wear me down and I would give up, but no, I was relentless! Last week, the refund was finally made. Nearly 2 years on.

Then last Saturday, June 18, I got on a flight home from London. Earlier in the week, my attempts to purchase excess baggage had failed with a message on the BA website screen asking me to contact British Airways. It turned out BA had taken the money twice from my credit card for the three extra bags on Tuesday, June 14, and had not sent any confirmation email. After hours on the phone with BA on Friday evening, I was finally asked to make another payment and patiently wait for the earlier payments to be refunded in a fortnight.

When I arrived at Heathrow on Saturday morning, there was a massive queue at the business class counter. I asked why the queue was so long and was told rudely by a woman in a BA uniform it wasn’t their fault the belt was not moving. True, I told myself, the fault was mine. I had bought a BA ticket.

I left the business class counter and joined the economy check-in, at least that was moving. There I met another rude BA woman bossing passengers around. It has to be said that on flights to and from Ghana the falsettos of BA staff and their condescending manner of speech can be overwhelming.

When it got to my turn at the check-in counter, the conveyor belt properly gave up the ghost. Third World experience! Quick correction, never seen that at Kumasi and Tamale Airports!

The check-in experience was novel. I was asked to weigh my bags, place them back on the trolley and leave them at a specified corner of the check-in area. Alarm bells began to ring, since I, like the rest of the world, had seen the shambolic scenes on television from Heathrow in the past few weeks. I stopped a manager and asked her whether the bags were going to make it. She said: “as far as I know.”

I was the last passenger to make it on board. I asked the flight manager about the luggage situation. He said: “I was able to load 600 bags, some won’t make it.”

On board, there were smiley faces, but let’s say the menu was nothing like the Business Class menu of old. Gone was the variety of snacks.

Gone was the ice cream. I didn’t sight a single sandwich in the galley either. Post-Covid, it appears British Airways has metamorphosed into one of those budget airlines of old. Cheap, cheerful and corner-cutting they were; this BA is expensive, dour, chaotic but still very pretentious!

And then we got to Accra at 8:50 pm, instead of 7:35 pm. Two hours after we landed, the baggage handlers announced there were no more bags as the hold was empty. None of my five bags came. Not even the three for which I had paid excess baggage fees.

I saw in front of me, on full display, the myth of BA being a leading world airline, broken into smithereens, the condescending tones of their rude ground staff notwithstanding.

There were a lot of fraught tempers at Kotoka on Saturday night. There were the passengers heading to Cape Coast, Kumasi and beyond with no luggage and those who had arrived for events on Sunday with no change of clothes.

Of my five suitcases, there is one I would miss dearly. It was full of goodies for Father’s Day breakfast, lunch and dinner for the fathers God has blessed me with - Prof, Uncle Ken and Uncle Charles – who I had meant to shower with proper daughter culinary love.

After the trauma of Saturday night, I was hoping the bags would come on Sunday night. After all, they had been tagged “priority” and after I checked my dictionary earlier in the day, I was confident the meaning hadn’t changed. I also checked the definition of Business Class just to be sure. The definitions emboldened me to get ready to leave for the airport. Then I got a message stating that on Tuesday, June 21 one suitcase would arrive, two others on Wednesday, June 22 and the final two on Friday, June 24. I burst out into laughter and said a silent prayer for the baggage handlers of the soon-to-be rotten fresh salmon, venison and blue cheese.

Oh, there was one other thing I would miss…the birthday dress which I had hoped to wear to lunch today.

Happy Birthday to me! New year! New resolutions! Air Ivoire, Rwanda Air, Kenya and Ethiopian Airlines, You are definitely seeing me on board soon.

After all, being a student in London means I have a few trips to make to and from London each year. And I’d rather travel to London through Africa and get to know Abidjan, Kigali, Nairobi and Addis Ababa better. I no longer want to be deluded by a direct British Airways flight to London on which rudeness, presumptuousness, disrespect and incompetence are served in abundance, topped with a gargantuan portion of past glories.