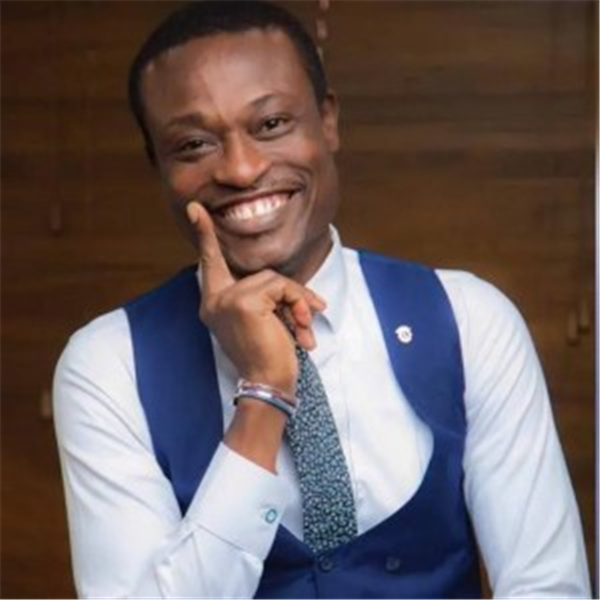 The Special Prosecutor (SP), Kissi Agyebeng, is being accused of allegedly sitting on tax evasion petition sent to his Office against businesses belonging to a Council of State Member, Eunice Hinneh, described as highly-influential.

The petition sighted by The Anchor, among other things, disclosed that La Bianca Company Limited and its subsidiaries belonging to Madam Hinneh, the Western Regional representative on the Council of State, were allegedly engaged in massive tax evasion.

The petition dated November 16, 2021, was filed by one Frank Asare; however, over six months on, not much has been heard of it, even though, the Office did acknowledge receipt of same.

The petitioner[s] laments to The Anchor, they are yet to hear a word from the OSP since the submission of the petition; as the seemingly delay in the case is raising eyebrows among some importers at the ports and competitors in the frozen foods business.

La Bianca Company Ltd, is a registered Ghanaian frozen foods company established in 2008, as an importer and distributor of frozen chicken, beef, pork, mutton, turkey, fish and many more.

While the petition gathers dust in the OSP shelves, the businesses continue to cash in at the Tema Port at the expense of the state, as a result of Hinneh’s alleged influential nature and connection to powers that be.

This, however, is not the first time allegations of evasion of taxes, import duties and associated revenue loses to the state, are being levelled against these businesses.

Since the days of the first Ghana Revenue Authority (GRA) Commissioner-General under President Akufo-Addo-administration, Emmanuel Kofi Nti, competitors of these companies, have been levelling series of allegations against the businesswoman; claims that never got the needed attention.

Recall that last December, Mr Agyebeng said his Office was investigating some corruption and corruption-related cases.

Addressing the press to commemorate international Anti-Corruption Day, the Special Prosecutor disclosed that the Office had completed a review of all the alleged cases of corruption and corruption-relatedoffences before it.

Subsequently, in February this year, the Special Prosecutor, in a statement to the media, said his Office will announce the conclusion and further actions to be taken on three out of 45 cases it was investigating.

The third was mentioned as the evasion and valuation of duties on frozen and processed foods by La Bianca Company Limited and top officials of GRA (sic).

But, even though the OSP announced the prosecution of Mr. A. B. Adjei and the MCE nominee, the statement was silent on the La Bianca Company Limited’s case.

A copy of the petition in the possession of The Anchor titled; “Complaint Against La Bianca Company Limited And Its Subsidiaries At The Tema Port For The Period Between 2017 To 2021 Relating To The Evasion Of Import Duties And Its Associated Revenue Loses To The State”, averred La Bianca was wrongly granted a 10 percent markdown by the GRA.

The petition which was presented with some supporting documents, said in parts said: “Complainant says that, he has observed that La Bianca Company Limited is into the importation of frozen foods into the country, for sale.

These imported products are supposed to ordinarily be subjected to import duties/levies, fees, taxes and statutory deductions, as prescribed by the law.

However, complainant has uncovered, through his painstaking investigations that the products imported by La Bianca Company Limited and its subsidiaries were not subjected to the approved duties and taxes, as prescribed by law”.

It continued that; “Complainant says that it is against this background that he wishes to petition your office to investigate these shady dealings between the Ghana Revenue Authority and La Bianca Company Limited and its subsidiaries pursuant to section 27 (1) of the Office of the Special Prosecutor, 2017/ACT 9591”.

In the particulars of the concerned complainant, Mr. Asare said, La Bianca in October 21, 2021, allegedly applied to the Commissioner, Custom Division, for consideration on custom import values for certain products it had imported into the country.

Pursuant to the said application, the Deputy Commissioner, by a letter dated 26th October, 2021, purportedly granted a 10% markdown of the approved benchmark value for imported frozen foods, effective [from] 26th October 2021 to 31st December.

The petitioner who provided a copy of the said letter marked as “Exhibit ‘A’, said the Deputy Commissioner, Operation, Customs Division, cited section 12 of the Customs Act, 2015 (Act 891) as the basis of the discount of the 10% meltdown he granted the company.

He argued in the petition that the Section 12 of the Custom Act, 2015 (Act) rather deals with the subject matter of “Advance Ruling” and so does not support the grant of 10% markdown given to La Bianca by Customs, given the nature and content of the application in issue.

“Complainant says that, “advance ruling” as provided by Section 12, customs Act, 2015 (Act 891) cannot be granted for a period of time without reference to any specific transaction or import bill”, he added

In an interview with Mr Asare, he told The Anchor, he is still pursuing the case even though his earlier attempts on the matter from the Office proved futile.

He also said, he is aware the Special Prosecutor has listed his case against La Bianca as one of the issues he was working on and so he will continue to demand for answers, until it gets to its logical conclusion.

Effort by The Anchor to speak to officials at the OSP’s outfit could not yield much result because, the officer who was contacted said they could not tell the status of the case because they are not directly under Mr Agyebeng.

“I will not be in the position to say, because I am not in the office of the SP directly. I will find out and see whether I can get the secretary’s number for you. I am a worker there but I am not directly under him”, this reporter was told.

Meanwhile, even before the dust could settle, The Anchor has landed on a new development regarding activities of the company.