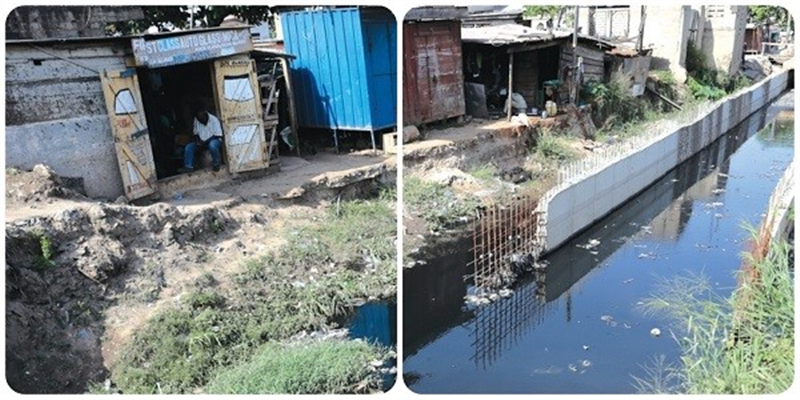 An audit of the provision of flood control drains has revealed that out of the 30 kilometres of storm drain targeted to be constructed by the Hydrological Service Department (HSD) of the Ministry of Works and Housing in 2017, only 1.3km of the drains was constructed.

This is because the Ministry of Finance provided a budget ceiling of GH¢ 1,659,438 which could only do 1.3km of drains.

The Auditor-General’s report – covering the period 2015 to 2019 – also revealed that despite spending an amount of GH¢ 117.71 million on drainage works within the period, it had no effect on the nationwide record of flooding.

The report, which recommended adequate funding for the sector ministry, said the number of flood events had not reduced but had rather steadily increased over the same period, causing loss of lives and damage to property.

“Also, from 2015 to the time of this audit, Ghana has continued to experience at least one major flood event of magnitude and impact that qualifies to be recorded on EM-DAT6, a widely recognised global database of major natural disasters,” it said.

Touching on the limited budget, the report said in 2017, for instance, “the HSD targeted to construct 30 kilometres of storm drains but was provided a budget ceiling of GH¢ 1,659,438.93, which could only do 1.3km drains”.

Additionally, the report indicated that the lack of Drainage Master Plans (DMPs) by the sector ministry hampered HSD’s ability to plan and implement drainage facilities that were well coordinated by secondary and tertiary drains.

The report further revealed that the sector ministry and HSD did not make budgetary allocations in their annual budgets for 2015 to 2020 for the preparation of DMPs, although it was in their medium-term plans.

Apart from the master plan, the report observed that some of the drainage projects constructed had defects ranging from inadequate concrete cover, worn-out concrete surfaces to uneven wall surfaces, among others.

Additionally, the report also found out that the Ministry of Finance did not make funds available on time for the HSD to commence new drainage projects, and to pay contractors executing ongoing projects, causing them to stall.

The report further revealed that the construction of 20 out of 27 sampled projects, however, experienced delays ranging from seven to 103 months.

The situation, according to the audit, was largely caused by delayed payments, which compelled contractors to suspend works on site.

In one instance, the report said the suspension of work for almost five years resulted in extensive damages to the work already done, causing a loss value of GH¢11,558,895.

“Also, HSD could not carry out adequate monitoring and inspection of projects during the implementation phase to ensure all projects were constructed to the quality specified in the contract documents”, the report added.

It recommended that the MWH should liaise with the MoF to improve the timing of fund releases to enable contractors to be paid on time.

It further urged the HSD to prioritise monitoring and develop schedules to enhance the efficiency of their monitoring activities and report on instructions issued to contractors.