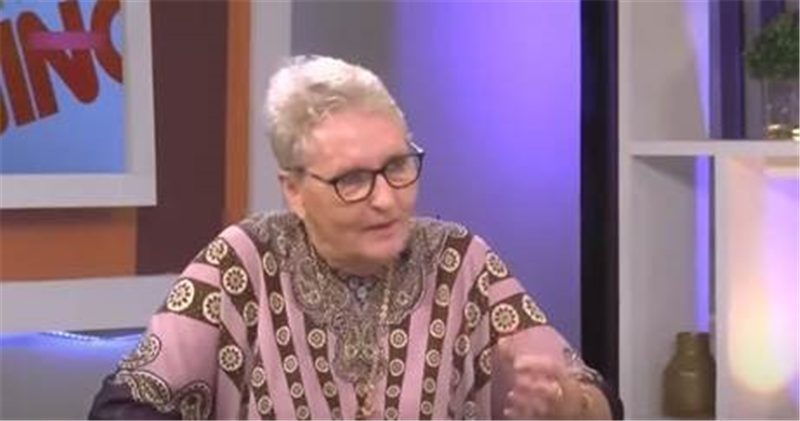 Author, Maria Vanderpuye has revealed the intriguing circumstances that led to her arrival in Ghana at the age of 16 years.

Speaking on JoyPrime on Friday, Maria revealed that she was betrothed to a Ghanaian man named Vanderpuye, who she met in Holland while she was 14.

Due to pressure from her mum to see her married off, she had to journey alone to Ghana on October 9, 1963.

According to Maria, she knew little about Africa and Ghana.

“I didn’t know anything about Africa. I thought Africa was a country not knowing there are so many countries.

“She (my mother) just wanted to get rid of me to do her own things. But my father on the other hand, was a nice man but he had no say.

Maria’s first time in Ghana was not pleasant as she was ill.

“I was very sick because I was nervous. A 16-year-old child and I was suppressed from infancy, so I couldn’t voice out,” she said.

Again, her unpleasant state was exacerbated by the hot climate she found herself in.

According to her, she arrived in Ghana in a long dress and a suit, her style of dressing whiles in Holland.

Aside from the weather condition, Maria stated that the renovation which was ongoing at the airport made her uneasy.

“I came down and nobody was there. There was a certain lady and that time, they were making some renovations at the airport so everything was a wooden structure and I asked myself, ‘is this an international airport’?

“I had a box and my wedding dress. I didn’t understand anybody.”

However, the narrative changed when she finally got in touch with the Vanderpuye family. She said about 20 members were there to welcome her.

“In fact, I was never welcomed in my life like that very day,” she added.

But despite the warm welcome, Maria noted that she could not help but think about her friends who had had the opportunity to further their education.

“I started thinking, what have I done. Mama, do I deserve this? All my friends are now going to school,” she recounted.

Currently, Maria Vanderpuye is advertising her book “Growing up in the Wonderland,” in which she has revealed several chapters of her life.