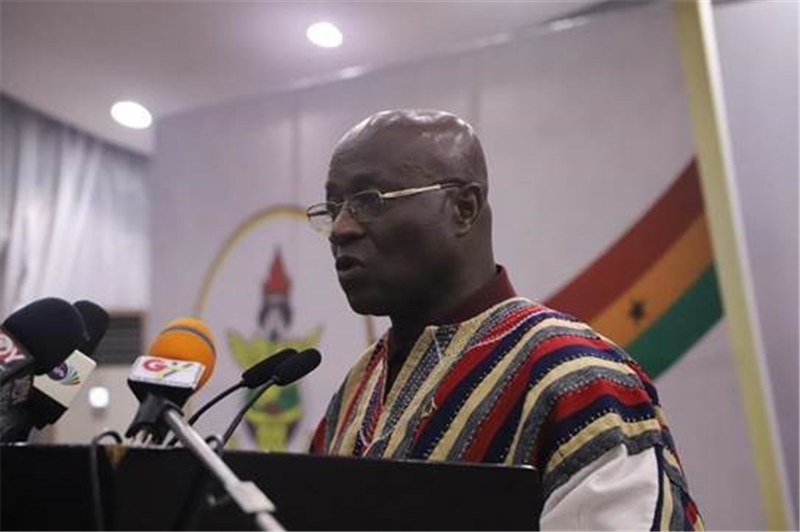 The Minister of Parliamentary Affairs, Osei Kyei-Mensah-Bonsu, is advocating a drastic cut in the number of ministers to 19.

“It is my contention that apart from regional ministers, the number of central government ministers may not have to exceed 19, as contained in the Constitution, and that means ministries should also not exceed 19,” he said.

Delivering a paper on “The Relevance of Ghana’s 1992 Constitution Within the Context of Global Democratic Practices” at a public lecture at the Great Hall of the Kwame Nkrumah University of Science and Technology (KNUST) in Kumasi last Tuesday, he explained that cutting off the excess numbers would signifi cantly reduce public expenditure.

“We are stuck as a nation because many of our ministers do not add value to our governance. I am not talking about the current NPP administration. I refer to all administrations since 1993.

“The time has come for us to place in the Constitution an upper ceiling on the number of Ministers of State that we should have,” he said. The public lecture, which was organised by the KNUST, focused on the question of the need or otherwise for a review of the 1992 Constitution.

The discussion covered areas including the milieu of the crafting of the Constitution, previous efforts made at amendment, evidence of demands for amendment from prominent Ghanaians and situating it in the current global and local context.

In a no-holds-barred delivery that lasted about 40 minutes, Mr Kyei-Mensah-Bonsu, who is also the Majority Leader in Parliament, tackled a number of critical national issues vis-a-vis the Constitution, and the audience, which included academics and principal staff and students of the university, could not help but give him a standing ovation at the end.

Making reference to the 1992 Constitution, the veteran legislator said the Constitution provided that there shall be a Cabinet consisting of the President, the Vice-President and not less than 10 and not more than 19 ministers of state.

The minister also expressed worry at the excessive appointing powers vested in the President, citing the fact that the President was mandated to appoint about 5,000 offi cers to head various state agencies and institutions.

“This, certainly, is a monarch that the Constitution has created for the rest of us citizens to hold him in awe, and it is diffi cult to talk straight to him. This arrangement needs to be revisited,” he insisted.

Proceeding to provide an answer, he said: “This cannot be true in this technological age when the President exits the jurisdiction to perform offi cial duties for the country. For instance, when attending the UN meeting, he is still the President.”

Mr Kyei-Mensah-Bonsu said the situation where a minister who was being reshuffl ed to another ministry did not go through another vetting by Parliament should be looked at again.

“Parliament must vet the person again for that position in order to satisfy itself that the person has the competence and knowledge for that position,” he said, adding that if that was not done, it would be difficult to assess the competence of the person in the new area. He posited that ministerial appointment was serious business and could not be reduced to try-and-error because governance was about the lives of the people.

Mr Kyei-Mensah-Bonsu zoomed in on the functions of the AttorneyGeneral (A-G), as provided in the Constitution, and described them as untenable. He posited that it was unacceptable for the A-G, who is the principal legal advisor to the government and also in charge of the prosecution of all suspected criminals, to be a minister of state.

“If the A-G is a minister in the ruling government, certainly, as human as he is, he will tend to treat his colleague ministers with kid gloves and only go after opposition elements and former ministers,” he asserted.

Therefore, he said, it was proper and prudent to insulate the A-G and ensure his independence. “For instance, the status of the A-G could be made equivalent to that of the Chief Justice or at least a justice of the Supreme Court. He must not be a minister of state appointed by a President. By that, he will traverse several administrations and his independence will be guaranteed,” the Majority Leader said.

Emphasising the central role the Electoral Commission (EC) played in the democratic process, the Member of Parliament (MP) for Suame said its commissions and omissions could advance or draw back the democratic process. He noted that there had been agitation over the performance of the EC, depending on which party was in opposition.

Mr Kyei-mensah-Bonsu said there was the need for answers to be provided to certain issues concerning the EC.

“Should the appointment of the commissioners be subjected to parliamentary approval? Should they be appointed to serve for a defi ned term? Should the membership include party members?” he queried.

Elections, he said, had the potential to trigger strifes in many African countries, which was why Ghana should not allow any negative incidents to happen before rushing to fight it.

Also on the radar of the Majority Leader was the National Development Planning Commission (NDPC), which is a vital component in the development agenda of the country.

“I believe that the provision on the NDPC, especially with regard to the composition, will have to be amended to enable it to plays its role as the principal driver of the national development plan,” he said.

Mr Kyei-Mensah-Bonsu also expressed concern about the huge amounts spent during electioneering and said it bred corruption. He said on the average, a presidential candidate worth his salt could not spend less than GH¢400 million before winning an election, asking: “Where will the candidate have the money from?”

“There is a nexus between the campaign expenditure and corruption fuelled by awards of contracts,” he added. In that context, he stressed the need for Ghana to search for a system of governance that would reduce the rot in the system of governance provided by the 1992 Constitution.

The Pro-Vice-Chancellor of the KNUST, Professor Ellis Owusu-Dabo, who chaired the occasion, said the public lecture was initiated by the University to allow technocrats, professionals and the people to brainstorm on issues affecting Ghana’s development and growth.