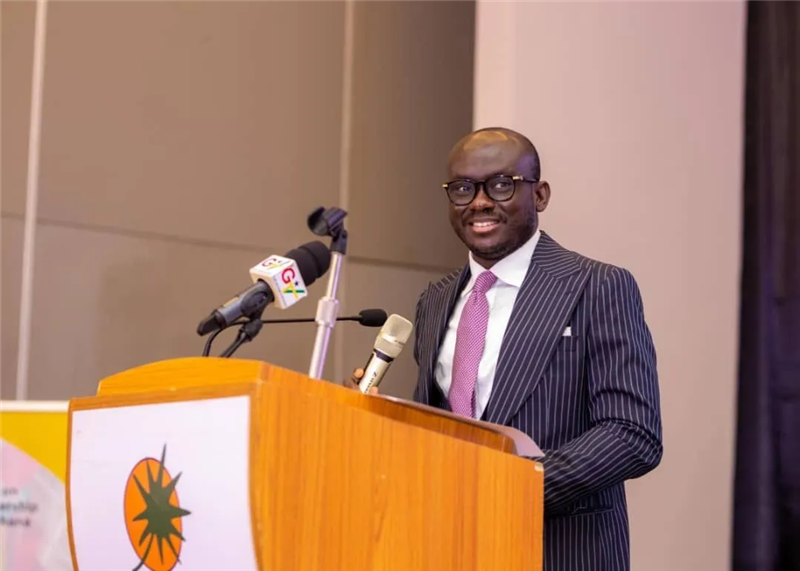 The Attorney General and Minister for Justice, Godfred Dame, spoke on behalf of Akufo-Addo during the conference on Beneficial Ownership (BO) Disclosure

President Nana Addo Dankwa Akufo-Addo has described corruption as a ‘serious issue’ bedevilling the entire spectrum of the Ghanaian economy, hence, the need to accelerate and strengthen the country’s disclosure of Beneficial Ownership (BO) regime.

In a speech delivered on his behalf by the Attorney General and Minister for Justice, Godfred Dame, during a conference on Beneficial Ownership (BO) Disclosure in Ghana on Wednesday, the President argued that strengthening the country’s BO disclosure regime will not only help in tackling corruption, but support government’s efforts in mobilising domestic revenues for development.

“This will be achieved through the lifting of the veil off the real owners of the companies to ensure that they pay the right amount of taxes, reduce transfer pricing and mispricing, which have the potential of undermining our efforts at domestic revenue mobilisation,” he stated.

“The world is changing in terms of external financing architecture, amid the global impact of COVID-19 and, of course, the Russian-Ukrainian crisis. It is becoming abundantly clear for countries around the globe, including Ghana, to find innovative ways to increase domestic revenue mobilisation to deal with the challenges our economies are facing. One of the ways this could be done is for all of us as a people (government, civil society, and corporate bodies) to fully embrace BO disclosure,” he added.

The Ghana Statistical Service and the Commission on Human Rights and Administrative Justice, in a recently published survey, found that about GH¢5billion was paid in cash bribes to public officials last year – a worrying development the President hopes will be curtailed, if not totally eradicated, through the implementation of the BO disclosure regime.

The Registrar of Companies, Mrs. Jemima Oware, who also spoke at the conference organised by the Open Government Partnership (OGP) Secretariat in collaboration with the Office of the Registrar of Companies and the Extractive Industries Transparency Initiative (EITI), said government demonstrated the highest commitment by providing all necessary leadership, direction, and funding for the implementation of the BO regime.

The Ghana BOD journey started in 2016, when the Ghana Extractive Industries Transparency Initiative (GHEITI) in collaboration with the then Registrar-General’s Department (RGD), convened stakeholder consultations with both state and non-state actors to solicit inputs and to discuss Ghana’s approach and strategy, which culminated in the development of a roadmap to guide Beneficial Ownership (BO) implementation in the country.

This was followed by the amendment of the Companies Act, 1963 (Act 179) to include BO provisions. However, the amendment did not address all the BO issues, hence, as part of its continuous commitments to transparency and good governance, government supported the Office of the Registrar of Companies (ORC) and the Office of the Attorney-General and Ministry of Justice (OAGMJ) to provide a comprehensive legislative backing to BO disclosures by the passage of the Companies’ Act, 2019 (Act 992).

Ghana has since established a BO Central Register with the collaboration of other implementing agencies and institutions, civil society organisations, competent authorities, professional bodies, the media, technical experts, and donor partners.

She said the Public Beneficial Ownership Register is freely accessible by ‘competent authorities’ to aid them in their investigations into money laundering, terrorism financing, tax evasion, and other forms of corruption. The public can also access the register online for a small fee, she added.

On his part, Senior Presidential Advisor, Yaw Osafo-Maafo, said Ghana’s membership of the OGP demonstrates the country’s desire to further expand and deepen the scope of open and accountable governance.

“This can be attested to by the numerous policy and legislative reforms that have been stimulated by the initiative to fight corruption and improve mobilisation of domestic revenue,” he stated.