What IMF needs to do for Ghana? 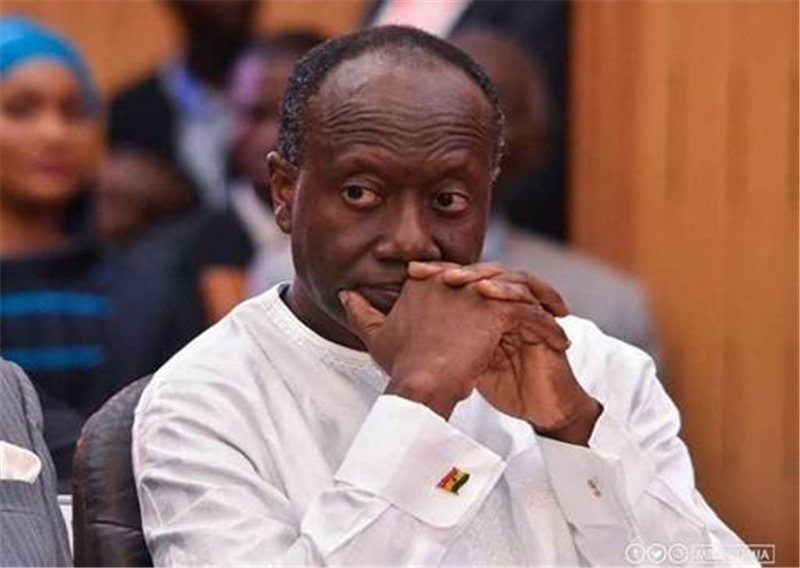 The decision by the government to seek for a balance of payment support from the International Monetary Fund (IMF) has generated intense debate among politicians, policy analysts and the general public.

The engagement with the IMF was inevitable because since January this year, both Fitch ratings and Moody’s downgraded Ghana’s bonds to barely above the threshold for investment grade.

This has made it difficult for investors in the country’s cedi denominated domestic debt securities shy away while at the same time, making any new Eurobond issuance impossible due to the prohibitively high coupon rates that investors would demand.

Indeed, it is instructive that the securing of a syndicated international bank loan of $2 billion was delayed due to pricing issues.

Indeed this is already manifesting in the form of foreign exchange shortages, the most worrying being the inability to provide adequate foreign exchange for the bulk oil distribution companies that import the petroleum products that the economy runs on.

Consequently, the cedi has been in a tailspin so far this year, falling by some 37 per cent already since the beginning of the year. The current official rate of GH¢7.95 to US$1 is dwarfed by the current black market of nearly GH¢8.8 to a dollar and that is where many enterprises are now forced to source their forex from.

Actually, the ongoing forex shortages point to a structural problem with Ghana’s economic management that the IMF needs to address with urgency.

Ghana has consistently been generating merchandise trade surpluses every single quarter since the last quarter of 2016.

In addition to this, the country regularly receives some $2 billion in inward remittances each year. Despite the significant net outflows resulting from payments for services (both management and technical), these are not enough to fix the severe forex shortages the country is now suffering.

The causes of this can be traced to the size and structure of our public debt which is now over 80 per cent of GDP.

The hard fact is that, the forex aspect of Ghana’s economy has been kept afloat by both rising levels of outstanding foreign debt- which rose by $3.8 billion from $24.6 billion to US$28.4 billion over the 12-month period alone, up to end of May this year – and by rising inflows of forex from foreign investment into the domestic debt.

Effectively, servicing these rising debts has only been made possible by even bigger net inflows in a manner akin to a pyramid scheme.

Now that Ghana is unable to do yet another Eurobond issue and the net forex inflows from foreign investment into the domestic debt have reversed into net outflows, a forex shortage has become inevitable.

Therefore, the immediate task for the IMF should be to reverse those outflows by providing Ghana with “policy credibility”.

This involves providing confidence to the international investment community that it can and will, working with government itself, ensure Ghana’s debt sustainability over the short, medium and long terms.

This should be accompanied by balance of payment support to significantly restore Ghana’s gross – and net – international reserves. These actions should serve to solve Ghana’s current forex shortages challenge and improve its balance of payment position in line with the Fund’s central mandate.

Beyond these immediate tasks are the design and the implementation of a medium-term programme that will solve the longer term structural problems facing Ghana’s economy and the policies through which it is managed.

This is where the fears of civil society leaders are strongest, since IMF programmes are basically demand-management driven, thus requiring belt tightening by the populace.

Here, Ghana’s negotiating team should leverage the greater flexibility the Fund now allows compared with times gone by to ensure the continuation of social protection interventions for the most vulnerable segments of the populace.

Such interventions were retained during the immediate past IMF programme – the Extended Credit Facility programme which ran from 2015 to 2019 – and should be retained in the new programme Ghana is about to enter.

However, Ghana must accept the fact that not all socio-economic interventions are affordable and useful. For instance, free Senior High School should only be provided to households that clearly cannot afford to pay. Households that can afford to pay should be made to do so.

This requires strong political will since the free SHS was a fundamental election promise of the incumbent administration but the IMF would be willing to play the villain.

Furthermore, government should be willing to distinguish between economically productive and unproductive capital expenditure, putting politics and purely social considerations aside, until the country’s economic challenges are resolved.

For instance, government should accept the IMF’s obvious desire to stop public expenditure on the National Cathedral for now.

Beyond the immediate, a longer term policy must focus on ensuring that Ghana does not return to its current predicament through structural shortcomings although there are no ways to ensure that sheer inept or financially malfeasant governance will not generate such unwanted situations in the future.

This will require deliberate efforts to improve Ghana’s trade surplus even further. The fastest way to do this is to reduce the import bill through import substitution; here it is instructive that Ghana’s current trade surpluses, after decades of continuous trade deficits, are primarily the result of substituting imported diesel with locally generated gas for energy generation.

Further import substitution should be encouraged through fiscal incentives. Taxes foregone would be recouped by other taxes from increased local economic activity and new jobs created.

Over the longer term, the country needs to increase its exports, both traditional and non-traditional. The biggest opportunities here remain in increased oil and solid mineral (especially gold) exports, through the early development of the new fields and mines already planned.

After all, these are what persuaded international bond investors to buy Ghana’s Eurobonds in the first place, over the past nine years.

Indeed, this is why some analysts assert that this time around, the IMF programme needs to go beyond the correction of Ghana’s short-term balance of payments position. The economy’s entire external sector needs to be restructured.